×
You are here: Home / Desserts / Cupcakes / Oreo Cupcakes
This post may contain affiliate links. As an Amazon Associate I earn from qualifying purchases. Please read my disclosure policy.
Jump to Recipe Jump to Video Print Recipe 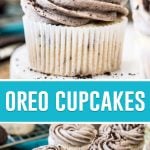 Soft and fluffy Oreo Cupcakes are made with a sturdy white cupcake base and topped off with a cookies & cream frosting! Made completely from scratch! Recipe includes a how-to video. 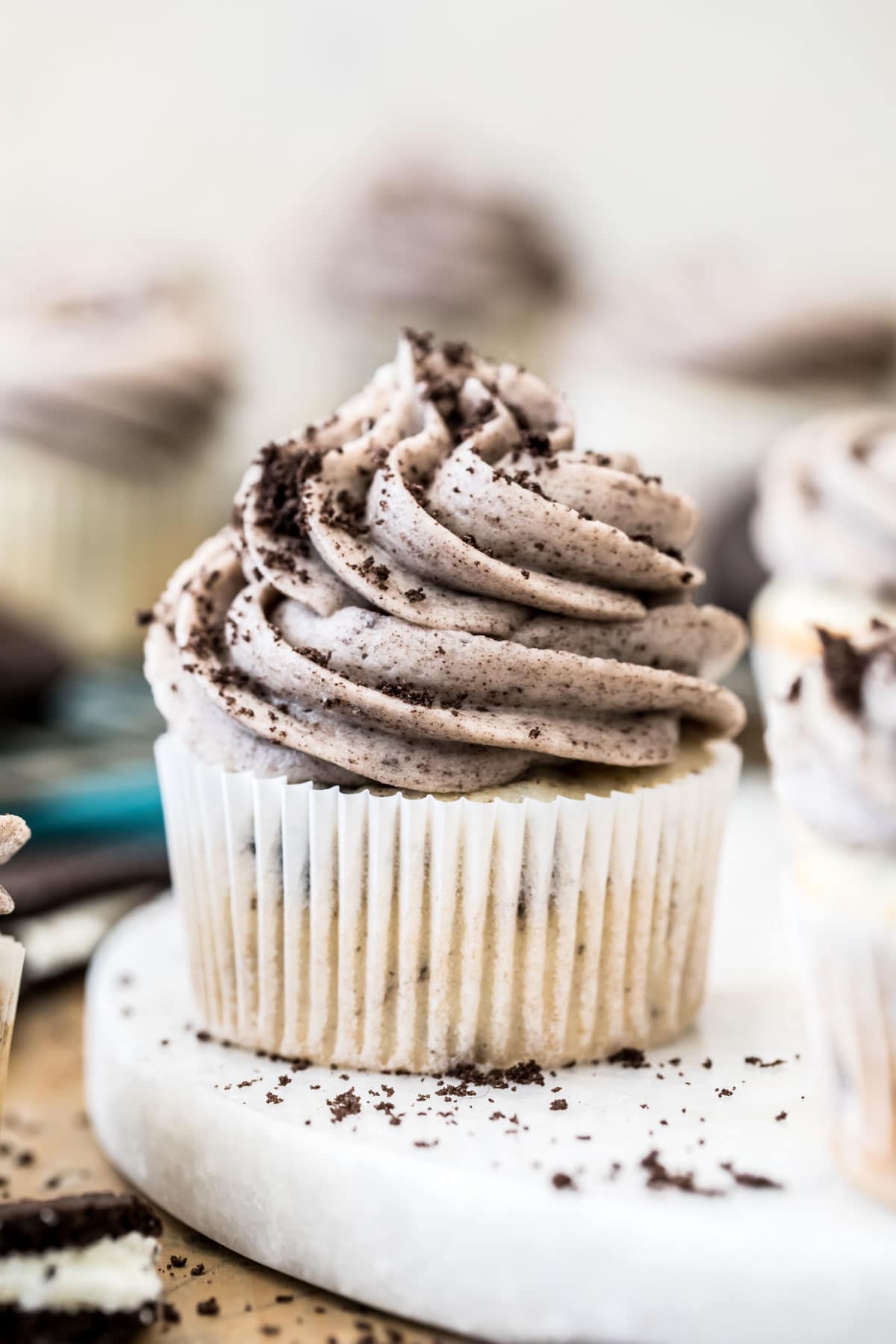 In a perfect world, every cake recipe would translate perfectly into a batch of springy, moist, and perfectly domed cupcakes. In reality, this is often not the case.

When I was developing my perfect Oreo cake that I shared with you last week, I was so excited to test the recipe as Oreo cupcakes. One of my most commonly asked questions about every cake is whether or not it can be transformed into cupcakes, and I was excited to be able to say that yes it worked wonderfully for cupcakes.

Only… it didn’t. While the batter made for beautiful, sturdy, soft, and level cake layers, this didn’t translate well to cupcakes. The taste was phenomenal, but the cupcakes fell in on themselves, deflated, and shrank. It was sad and disheartening and I drowned my sorrows with at least half a dozen shrunken (but still so tasty) cupcakes. I shouldn’t have been so surprised, though. I found that I needed separate recipes for red velvet cake and red velvet cupcakes, carrot cake and carrot cake cupcakes, so why not Oreo cake and Oreo cupcakes. 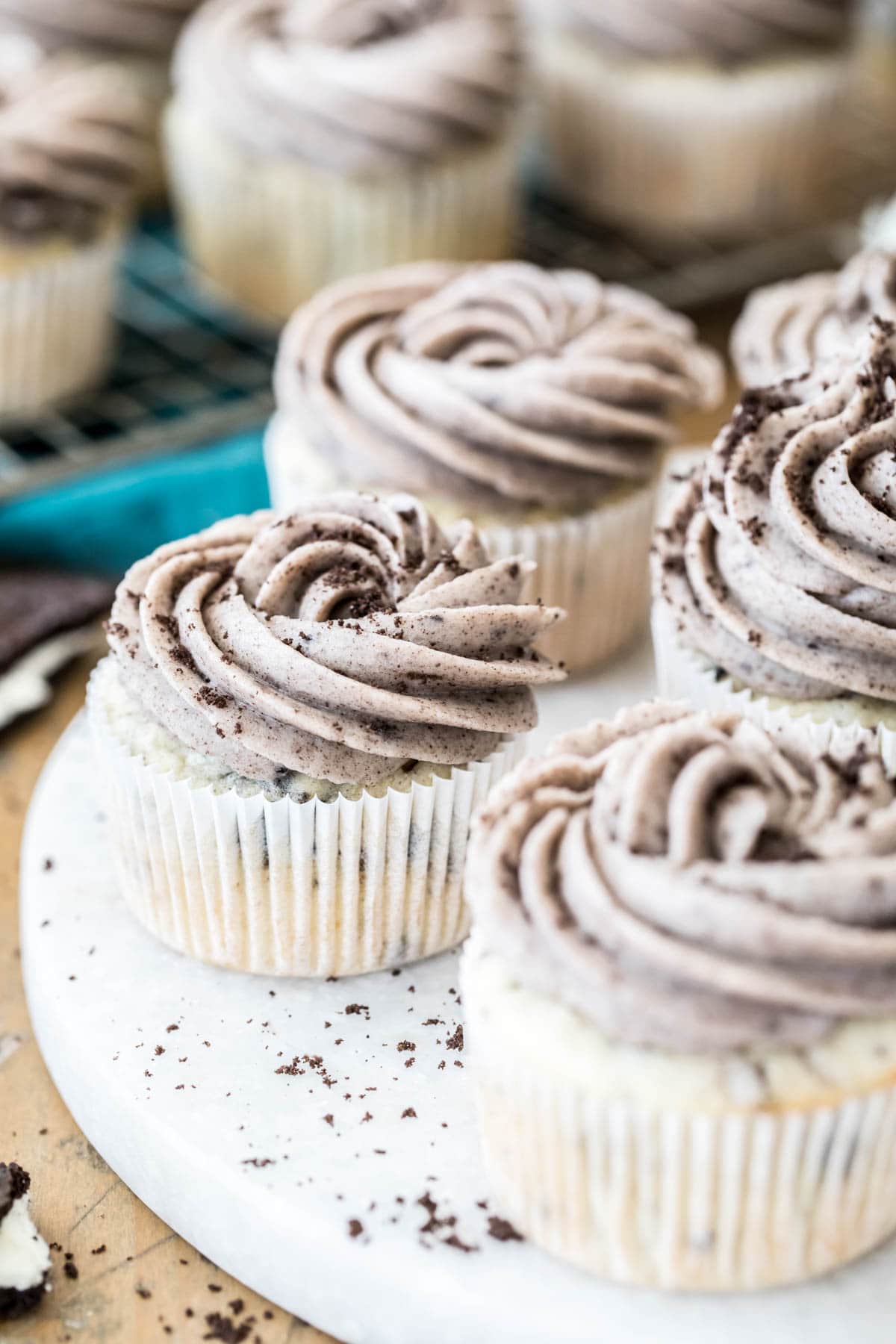 I got to work, and roughly 8-dozen test batches later had an Oreo cupcake recipe that yielded slightly domed, sturdy but super soft and fluffy cupcakes that bake up beautifully, every time.

This recipe was so carefully developed.  Ratios were adjusted and tested over and over again to carefully balance the leaveners (baking powder and baking soda) for the perfect lift, whipped egg whites for ideal fluffiness, oil for moisture, clear vanilla for pristine color, and milk for levity and lightness.

The end result is a glorious, mouthwatering Oreo cupcake (and we haven’t even gotten to the cookies & cream frosting yet!).

I think you’ll find the recipe to be pretty straightforward (especially if you’ve made any of my other cake recipes, especially my white cake or lemon cake), but I’ve included some helpful tips and tricks below, as well as a how-to video in the recipe card.

The cookies & cream frosting is possibly my favorite part of these already-amazing Oreo cupcakes! I use a batch of my (all-time favorite) cream cheese frosting and mix in pulverized Oreos. The cream cheese flavor complements the cupcakes beautifully and I highly recommend using it. However, if you prefer you can make one of the following frostings and stir your crushed Oreos into that instead:

Please note that while you don’t want to break your cookies too small for the cupcake portion, it is very important that you pulverize your cookies to very fine crumbs for the frosting. If you intend to pipe your icing (as I did on the cupcakes in these photos) it’s especially important, as small bits of cookie that aren’t crushed will clog the piping tip.

I decorated all of the cupcakes in this post using the Ateco 848 tip, it’s my favorite decorating tip.

Frosted cupcakes will keep for up to two days at room temperature in an airtight container, or up to a week in the refrigerator, though the fridge is likely to dry out the cupcakes a bit. You can also make these in advance and freeze them (frosted or not) for several months. 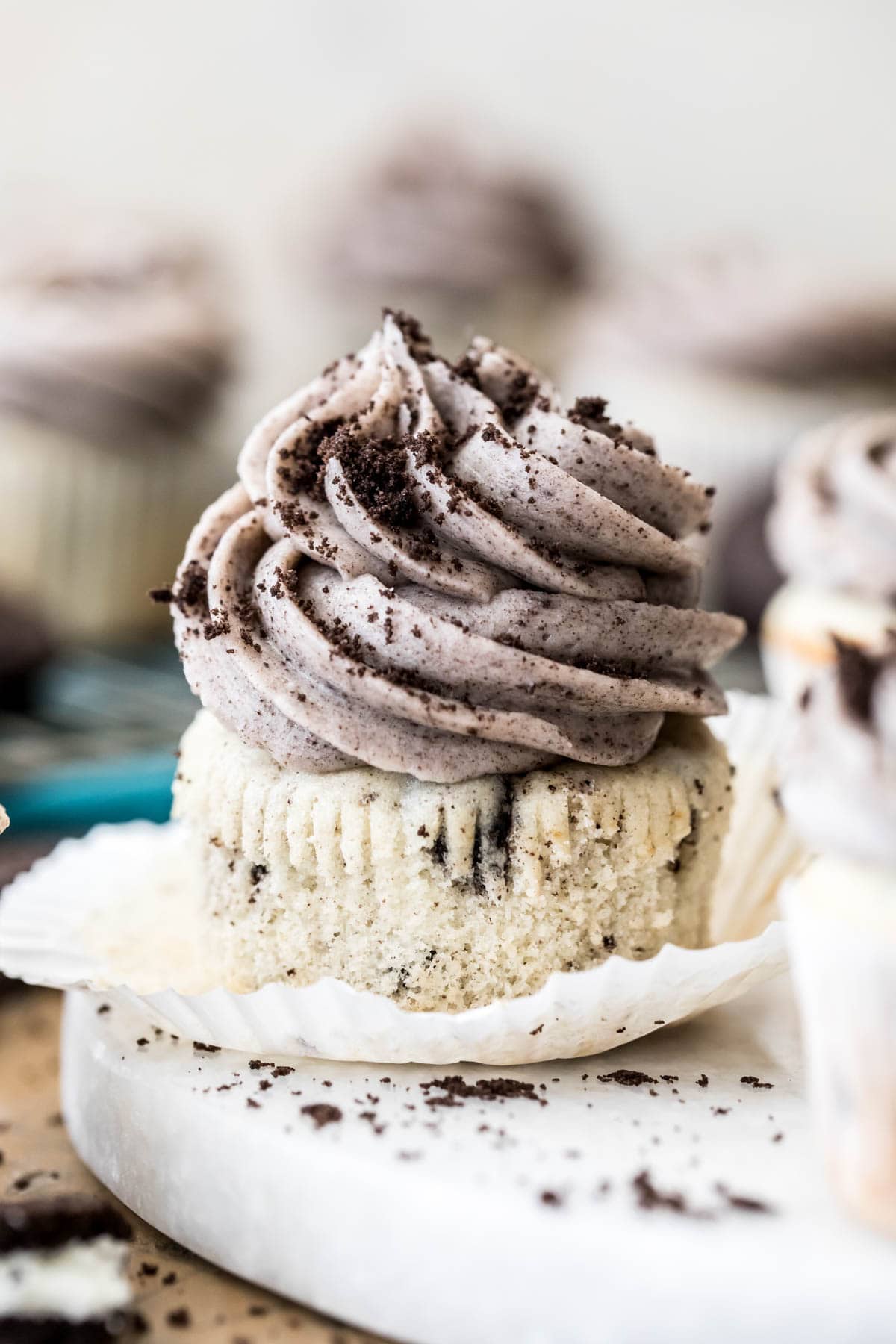 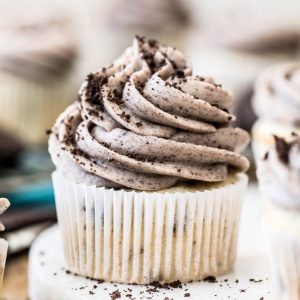 Making as a Cake:

This recipe was specifically developed for cupcake tins. If you are looking to make an Oreo cake, please see my perfect Oreo cake recipe!