×
You are here: Home / Desserts / Vanilla Pudding
This post may contain affiliate links. As an Amazon Associate I earn from qualifying purchases. Please read my disclosure policy.
Jump to Recipe Jump to Video Print Recipe 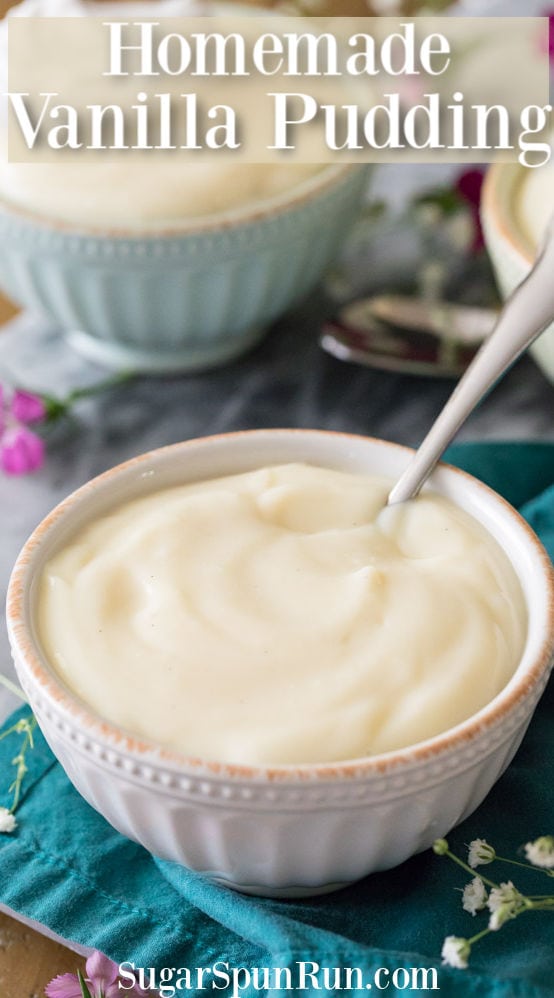 A sweet and simple recipe for Homemade Vanilla Pudding! Silky smooth and richly flavored with vanilla bean (and the option to use vanilla extract if you don’t have a bean on hand) this is a great easy pudding recipe! Make sure to top yours off with homemade whipped cream! 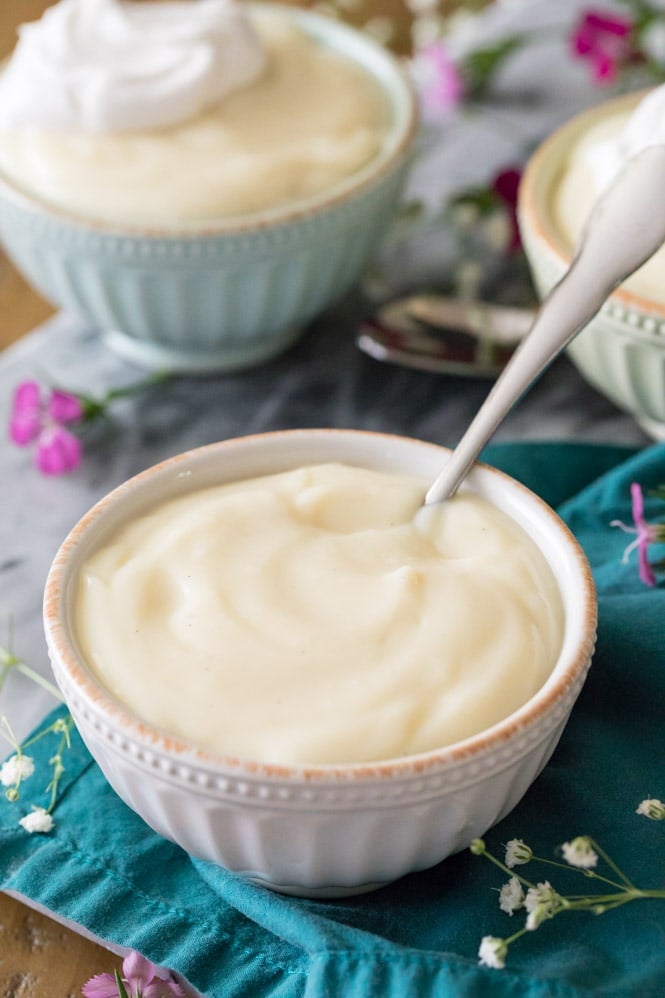 Homemade pudding is roughly one million times better than anything you’re going to find at the grocery store. No snack pack and no packet of powder that you shake into cold milk can hold a candle to the taste of real, from-scratch vanilla pudding.

Today’s recipe is a classic, and it’s surprisingly simple to make. Nothing but sweet & simple ingredients (I bet you have all of them in your pantry right now), a little bit of technique, and plenty of real authentic flavor — save those packets for pudding cookies instead! 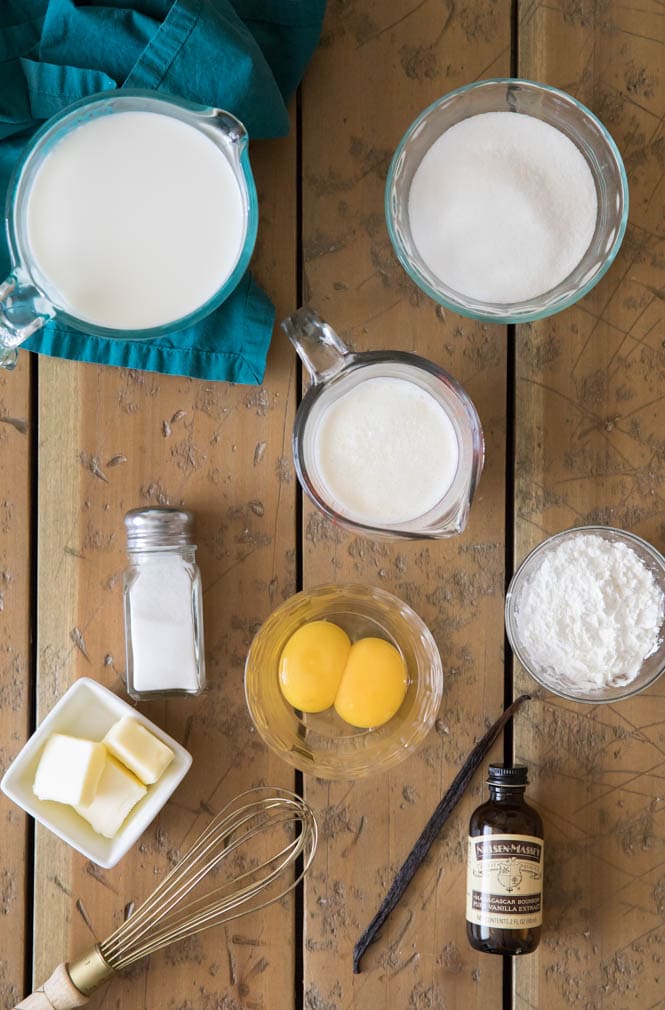 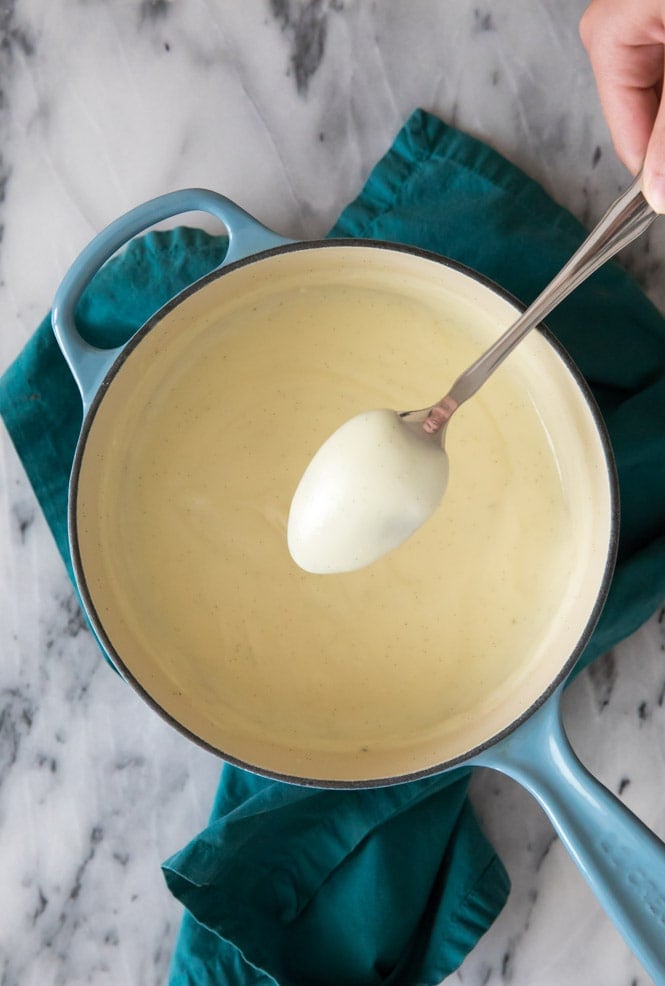 Don’t Crank up the Heat!

When you first combine all of your ingredients on the stovetop, it’s easy to become impatient waiting for the pudding to thicken. However, keep your heat on medium (or even a notch below) so that the sugar has a chance to melt and you don’t end up cooking bits of your eggs. Turning up the heat to speed things along usually results in a pudding that is burnt or one that never thickens as it’s supposed to.

It’s important that your pudding thicken properly, but how do you know if it’s thick enough? The easiest way that I’ve found to tell is to dip a (clean) spoon into the pudding. It should coat the back of the spoon, and if you use your finger do draw a line through the pudding the line should hold its shape (excess pudding from the spoon shouldn’t flow back over the line). See the image above for an illustration of what thickened vanilla pudding looks like.

My personal preference is to use a vanilla bean in this recipe (can’t beat that pure vanilla flavor!) but they are expensive right now and you can still make perfectly delicious vanilla pudding without one. If you happen to have a vanilla bean you can spare, you’ll split it and toss it in at the beginning of the recipe so all of the flavor can make its way into your pudding (this is also what I do when I make Pastry Cream for Cream Puffs). If using extract, you’ll actually want to add it after cooking for best flavor. The recipe includes instructions for both!

A fine mesh strainer is ideal for catching any lumps or tiny bits of cooked egg that might’ve formed in your pudding. While you can make vanilla pudding without one, it’s ideal for guaranteeing a silky smooth pudding. I linked to the one that I own in the recipe description.

Looking for a good chocolate version? Try my easy Chocolate Pudding instead! 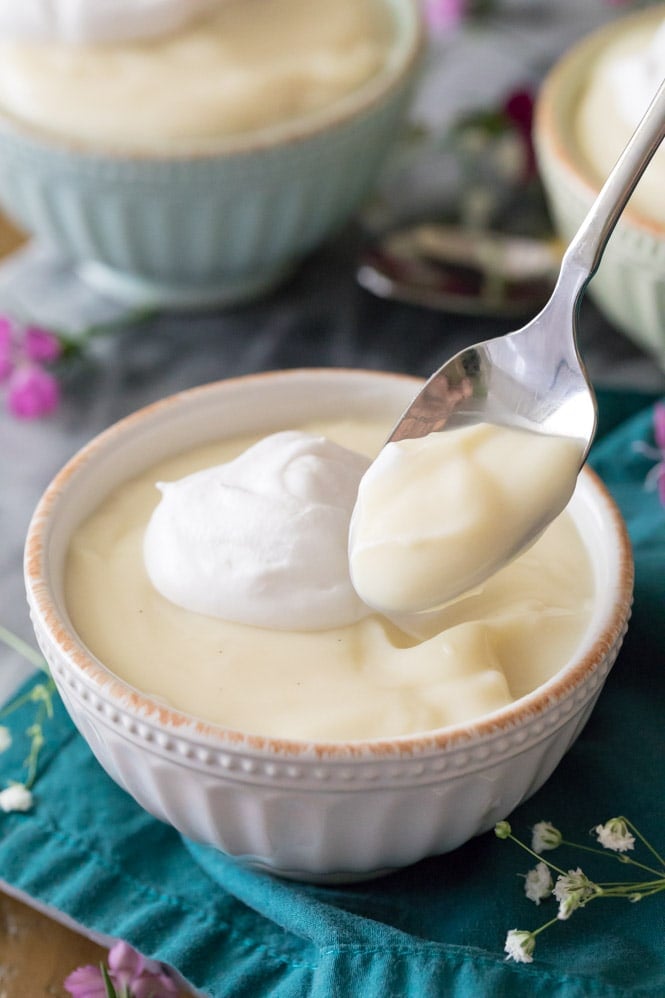 Are Vanilla Pudding and Custard the Same Thing?

Vanilla pudding and custard are similar, but if you want to get technical, there are some differences. Generally, puddings are made with milk and cream and are thickened using cornstarch while custards are thickened with egg yolks.

By some standards, this vanilla pudding recipe could be considered a pudding/custard hybrid, but since it’s primarily thickened by the cornstarch and has a silkier, less firm consistency than is generally considered acceptable for custards, I definitely think it falls into the pudding camp. Alternatively, my banana cream pie and coconut cream pie consist of a base that is more similar to a custard.

I found that some sources claim that custard must also be baked (like Creme Brûlée), but not everyone seems to agree. Here’s a great article about the differences between the two that goes into even more detail if you want to check that out! 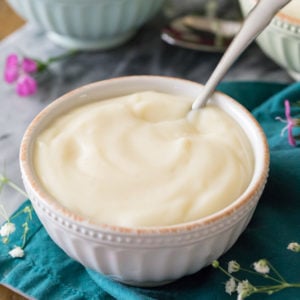 ¹Discard the whites or use them to make meringue cookies!
²Or you may substitute 2 teaspoons vanilla extract. If using extract, stir it in when you add the butter in step 6. 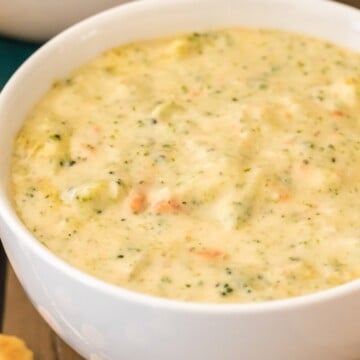