Classic biscotti with an autumnal twist–this pumpkin biscotti is loaded with spices, pecans, and plenty of pumpkin flavor, then drizzled with a slightly spiced white chocolate drizzle! 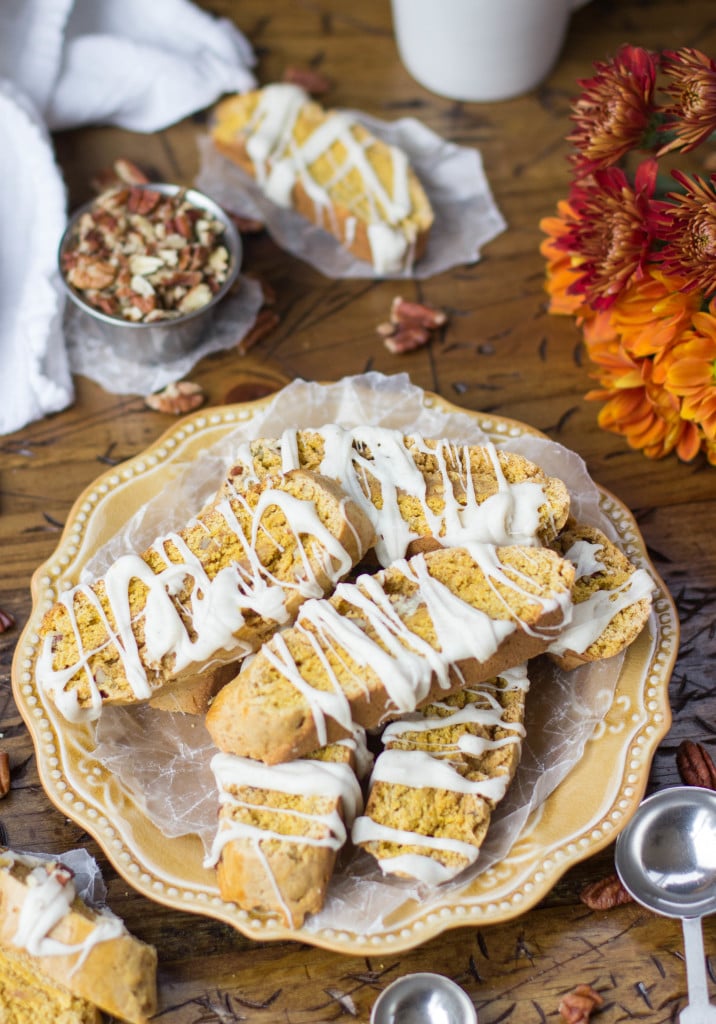 This will probably be my last pumpkin spice post for the season.  Probably.

As someone who openly doesn’t really like pumpkin-flavored foods, an obscene number of cans of the stuff have made their way through my kitchen this season (mostly to test my pumpkin cheesecake).  And I’ll admit, I’ve tried and loved every single one of the recipes that have resulted from my trials that I’ve shared here with you on the blog, and I think you might just love them even more (especially if you aren’t coming to the table with a bias against pumpkin, as I was). 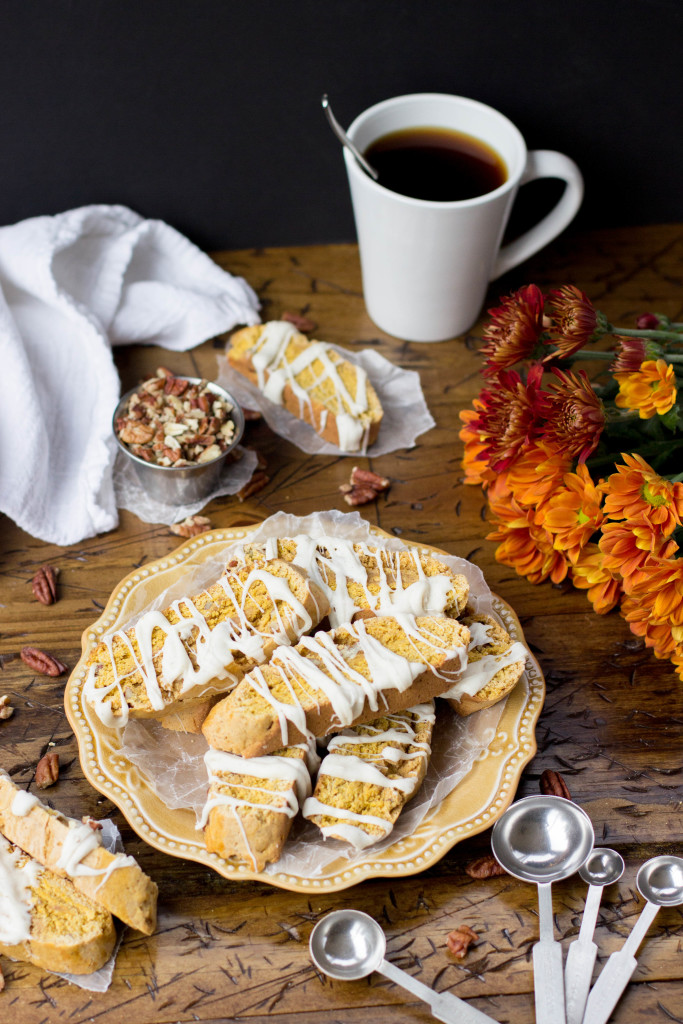 Once you understand the basics of cooking with pumpkin (primarily that it’s mostly made of water), it’s really quite fun to cook with, and I’m starting to think pumpkin could be infused into just about any recipe (and have had to refrain myself from some questionable experimentation at times. Pumpkin drinks… questionable. Pumpkin muffins… you’re on the right track).

While these biscotti are slightly softer than traditional biscotti, the difference is minimal (and possibly could be diminished if cooked a bit longer, if you have the patience for that sort of thing).  They have just the right amount of spice, tempered by a liberal drizzle of spiced white chocolate, and each slice is punctuated with plenty of pecan pieces.

I’m also not a fan of coffee, but from what I’ve heard these would go wonderfully with a hot cup of the stuff. 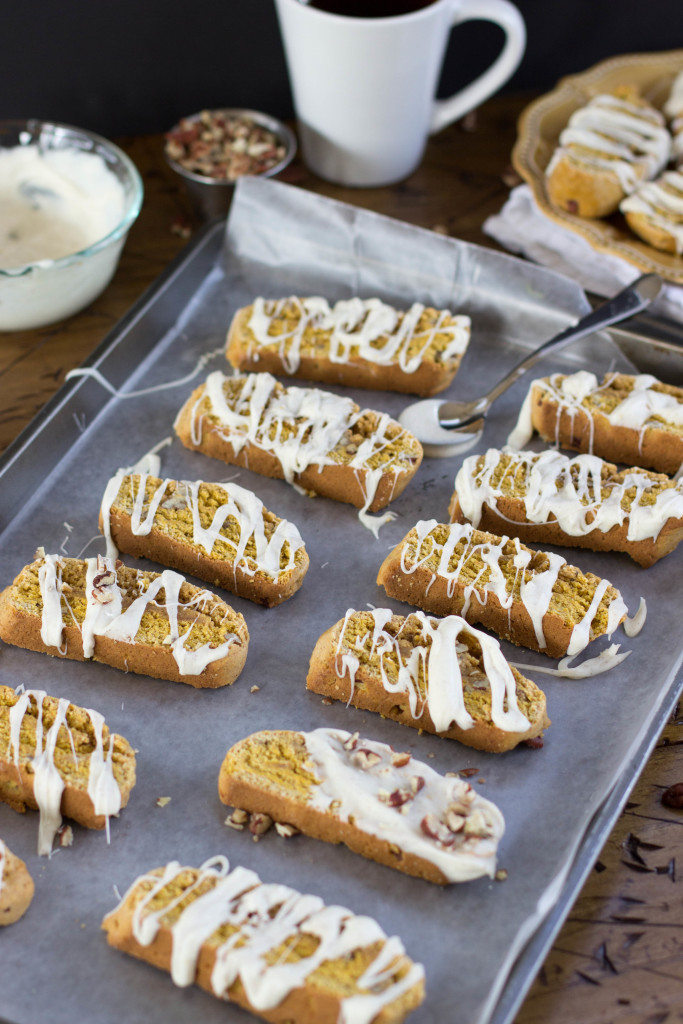 So, pumpkin-lovers, eat your heart out.  I’m quite certain pumpkin will be making a return next year, if I can hold off that long.

Enjoy! Special thanks for this recipe goes to my cousin, Leanne, for suggesting I try my hand at pumpkin spice biscotti…. Hi Leanne! 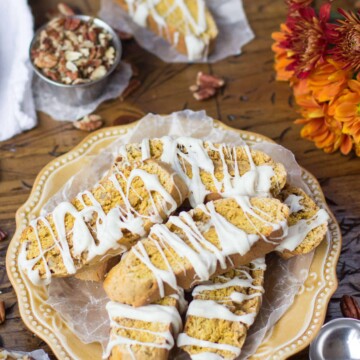