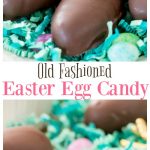 This Old Fashioned Easter Egg Candy is a generations-old family recipe.  We make it every year for Easter and it never lasts long.  Don’t be alarmed by the mashed potatoes that the recipe calls for, they are a critical ingredient that I was skeptical of at first, but you’ll never be able to even tell that they’re mixed in the filling! 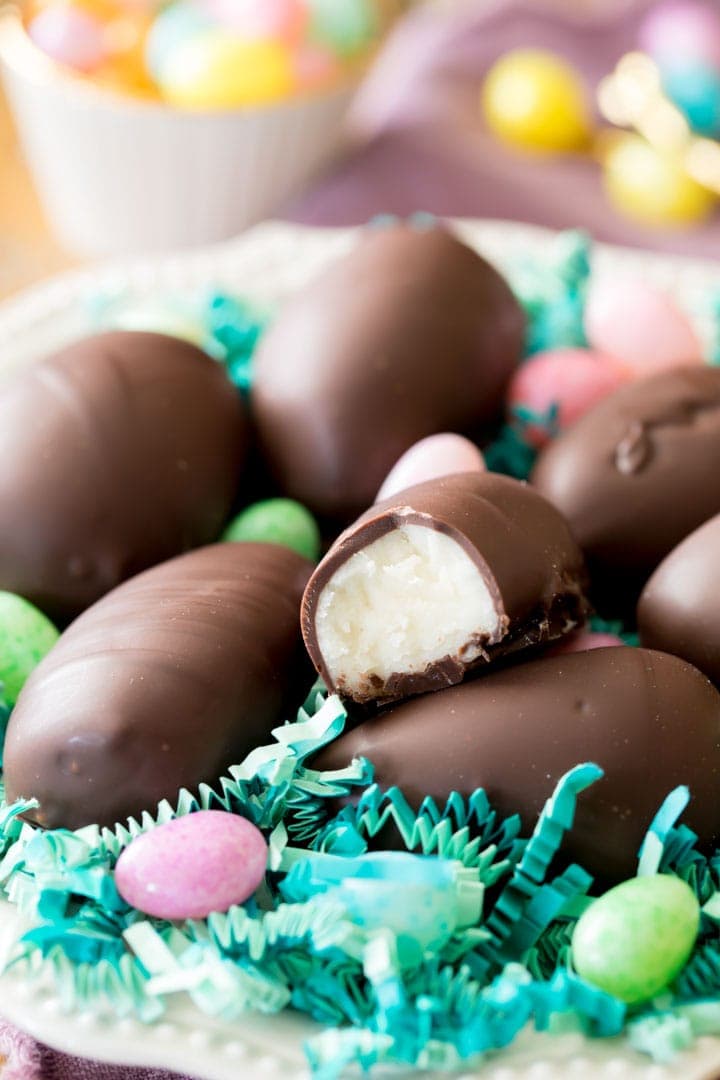 This old fashioned Easter egg candy is a generations-old recipe that has been in my family for a long time. It’s amazing, highly coveted by family friends, and it also includes a critical secret ingredient that you might have not seen coming.

Believe it or not, the filling for these Easter Egg Candies is made partly of mashed potatoes. 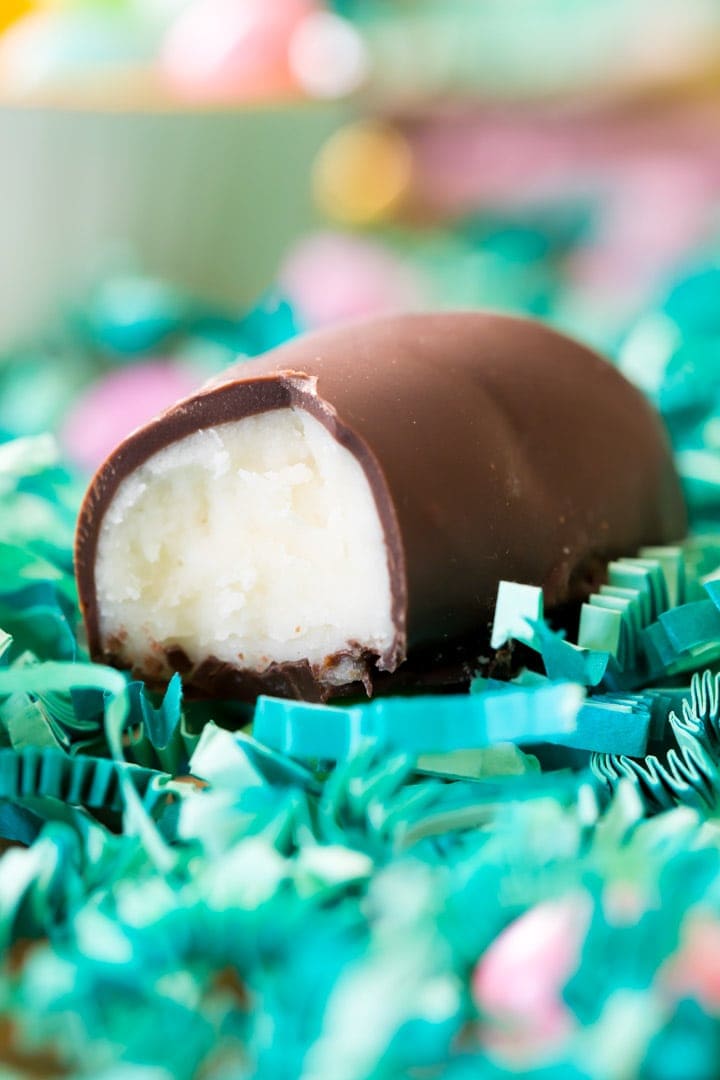 I’ll be the first to admit that I had was severely skeptical the first time my mom showed me how to make this candy.  When she started to peel the potatoes I thought she was joking, and I also thought there was no chance I would ever eat a candy that had anything to do with potatoes.

The potatoes mostly serve for binding together the otherwise very sweet, sugary filling for these Easter Egg Candies.  It’s untraceable in the finished product, and I encourage you to see if your guests can figure out what the “secret ingredient” actually is. 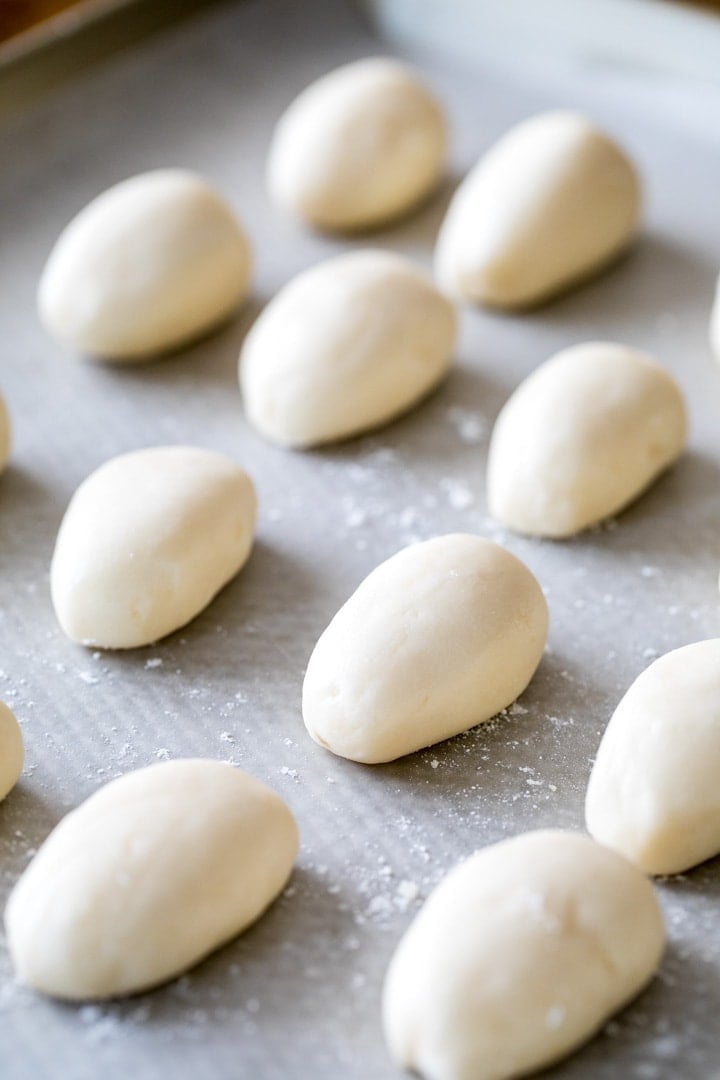 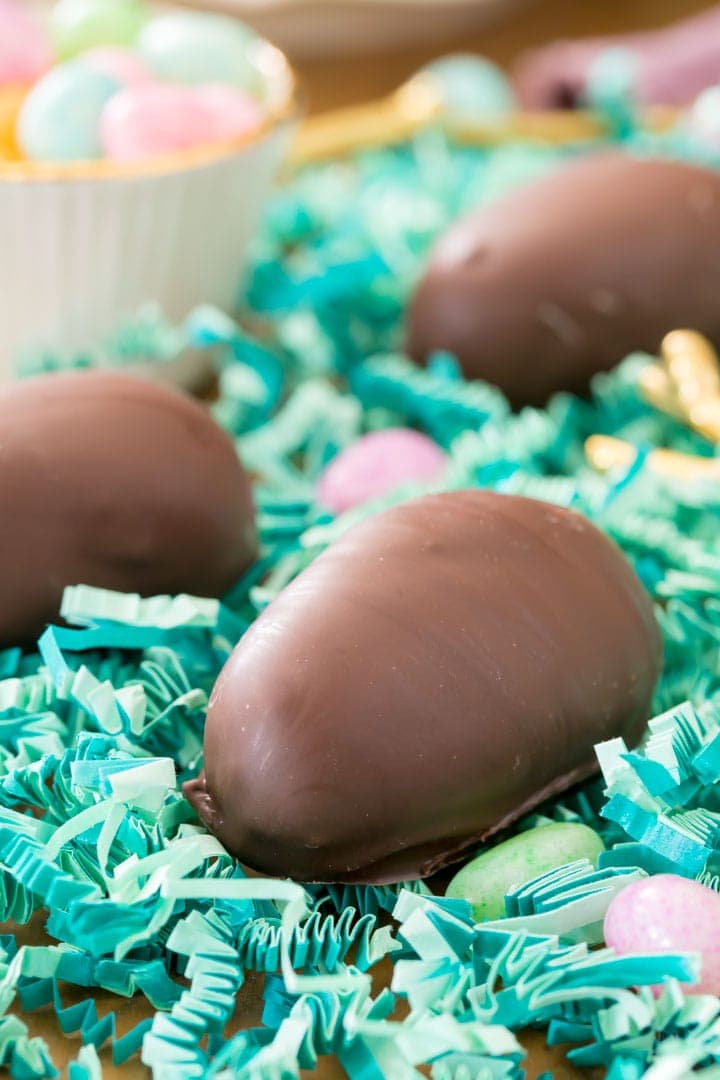 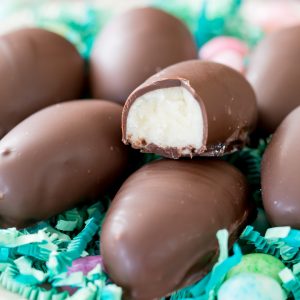 Use russet potatoes for best results. I recommend piercing the potato all over with a fork and baking in the microwave for approximately 4 minutes on each side until potato is tender when pierced with a fork. No salt/pepper or any other flavoring should be added.  Potatoes that have been peeled, boiled and mashed will also work but periodically they retain too much moisture and the batter will be too runny to manage. Allow potatoes to cool completely before adding sugar. Otherwise they will melt the sugar and you will end up with a very runny mess.  I recommend allowing them to cool at room temperature rather than the fridge, as sometimes the condensation from the fridge can also make the mixture runny.

Dark chocolate is best as this candy is very sweet and the dark chocolate keeps it from being too sweet. My grandmother's original recipe uses unsweetened chocolate, which I sometimes use, too!  Dark or semisweet chocolate chips will work in a pinch, though the chocolate doesn't melt as nicely. I will usually add a teaspoon of vegetable shortening or coconut oil in with the chocolate to thin it a bit, making it easier to pour and coat the eggs.

Microwave instead of double boiler

If using the microwave to melt the chocolate, simply place in a microwave-safe bowl and heat in 20 second increments, stirring in between, until completely melted.

Another variation of this candy can be made by rolling the filling into cigar shapes and rolling in 2 Tablespoons of cinnamon for Cinnamon Cigar Candy or you can roll into a sheet, spread with peanut butter, and roll into a log and slice for peanut butter pinwheel potato candy.

Store in an airtight container in the refrigerator. Eggs will keep for at least one week.