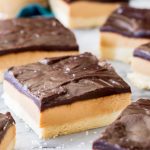 Peanut Butter Shortbread Bars are similar to Millionaire’s shortbread, only with a rich fudgy peanut butter filling instead of caramel! Made with a buttery shortbread-style crust and crowned with a rich dark chocolate ganache (and a sprinkle of sea salt), these are totally addictive treats. 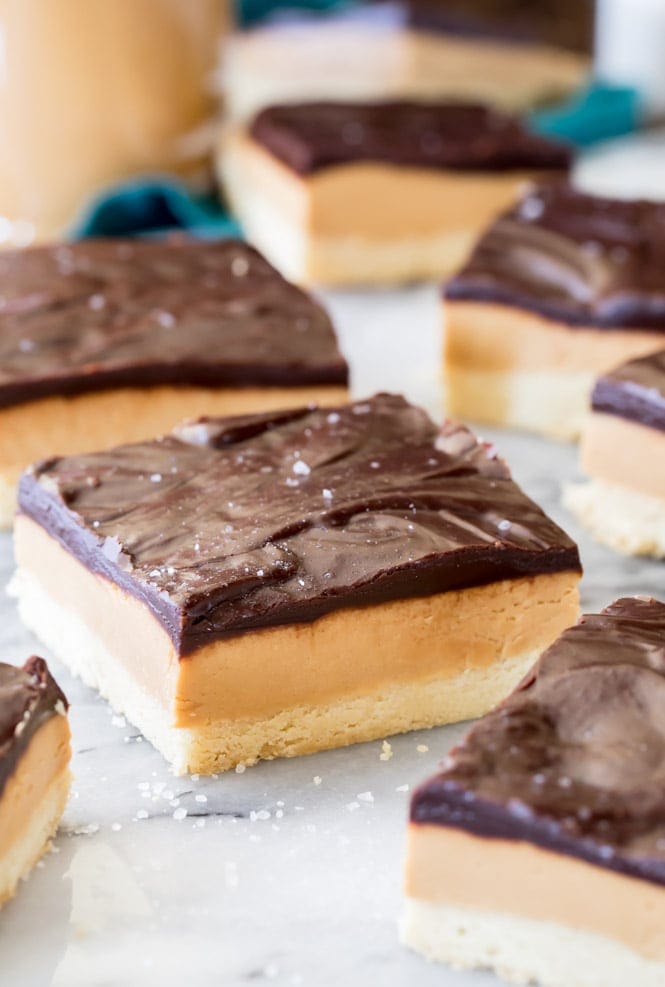 We are back at it with the peanut butter again today!

Peanut Butter Shortbread Bars are a hybrid of my popular Buckeyes and my Millionaire’s Shortbread (have you tried those yet? soooo good!). These peanut butter chocolate treats are easy to make and the combination of the snappy shortbread crust, the peanut butter bar filling and the decadent dark chocolate ganache, all topped off with a sprinkle of sea salt is rich, decadent, and absolutely addictive.

I actually like to cut my bars into bite-sized pieces because of the decadence of the combination. They’re rich, but not overly sweet (the sea salt on top helps with that), a very satisfying after dinner treat. 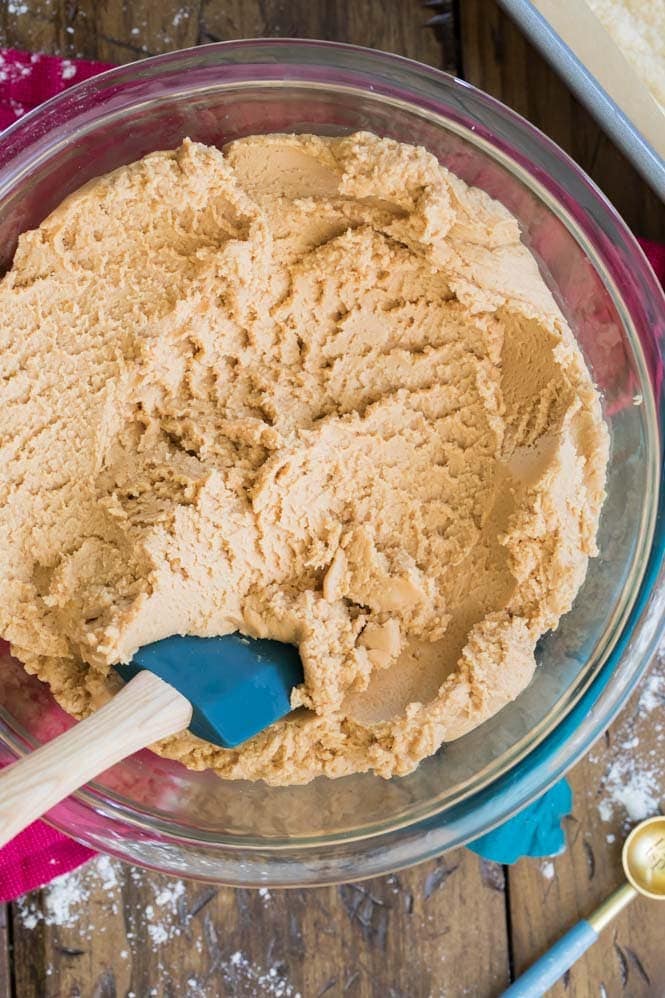 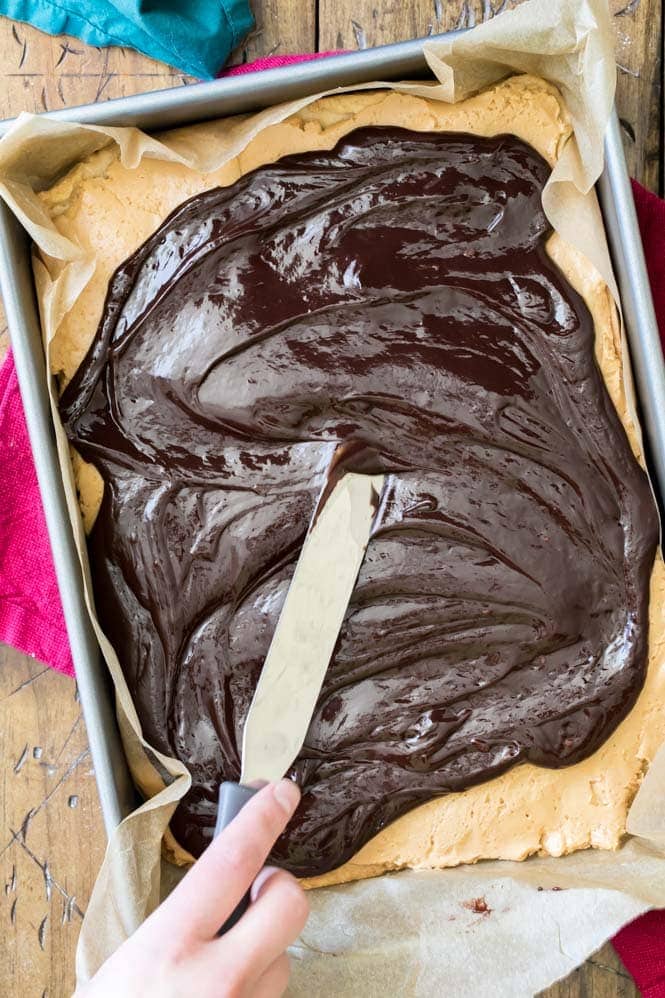 The shortbread crust is not a “true” shortbread, let’s just get that out of the way right now. “Real” shortbreads are generally made with just butter, flour, and sugar, but I found that to be a bit too crumbly for the hefty peanut butter and chocolate toppings on these peanut butter shortbread bars, and so I made a few changes.

We’ll add some brown sugar and an egg yolk (for moisture and flavor) and a splash of vanilla extract to our dough. Take care when mixing everything together that you don’t over-mix the dough as you want it to still be a bit dry and crumbly. This will make it much easier to spread into the bottom of your 9×13 pan.

Make sure to let your shortbread cool completely before adding your peanut butter fudge topping, or it will just melt all over the bars — you want it to be firm and sliceable. 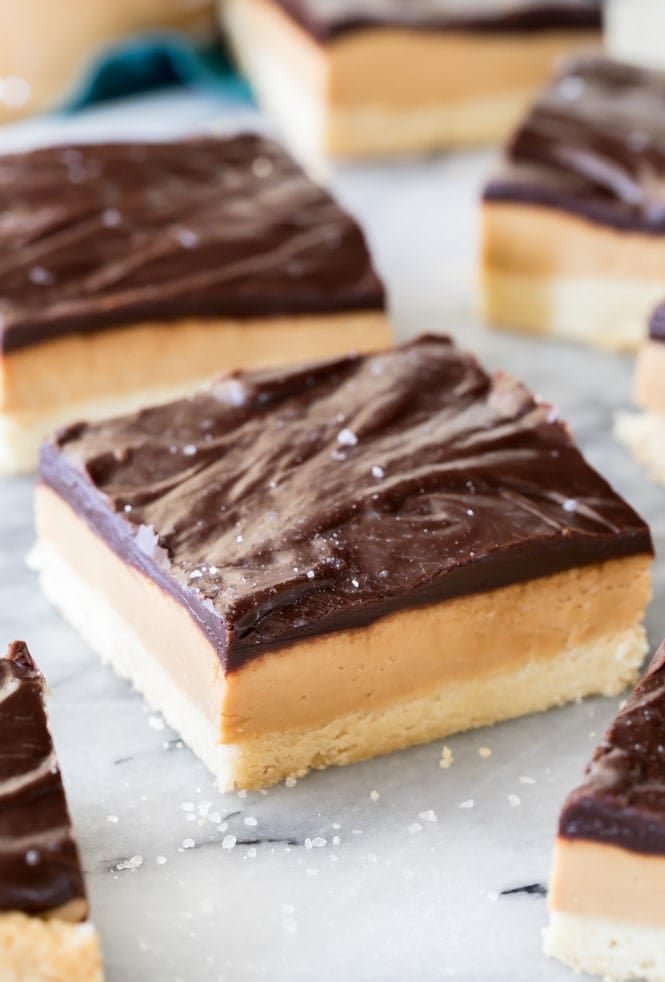 The chocolate ganache adds a nice, pretty top layer to these peanut butter shortbread bars (and I personally believe that peanut butter should always be accompanied by chocolate, so of course I had to include it). I generally use semisweet or dark chocolate for my bars, but milk chocolate chips would work well here, too.

These bars absolutely join the ranks of my other peanut butter/chocolate favorites including my buckeye brownies, scotcharoos, and peanut butter chocolate cake, and I think they’ll be a favorite of yours, too! 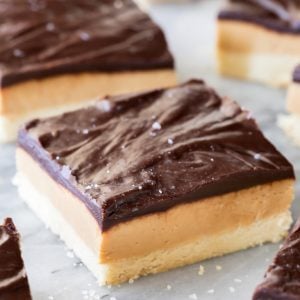 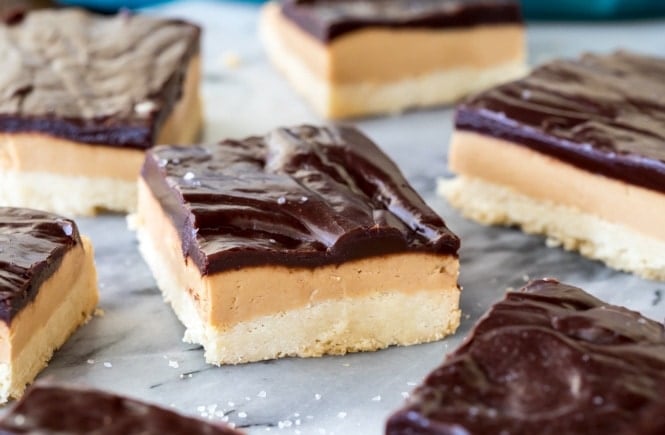