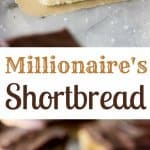 This Millionaire’s Shortbread is the perfect trifecta: Sweet simple, crisp shortbread, rich chewy, homemade caramel, and thick dark chocolate ganache.  Sprinkle everything off with a scattering of sea salt and you have a decadently rich treat that lives up to every penny of its lucrative name. 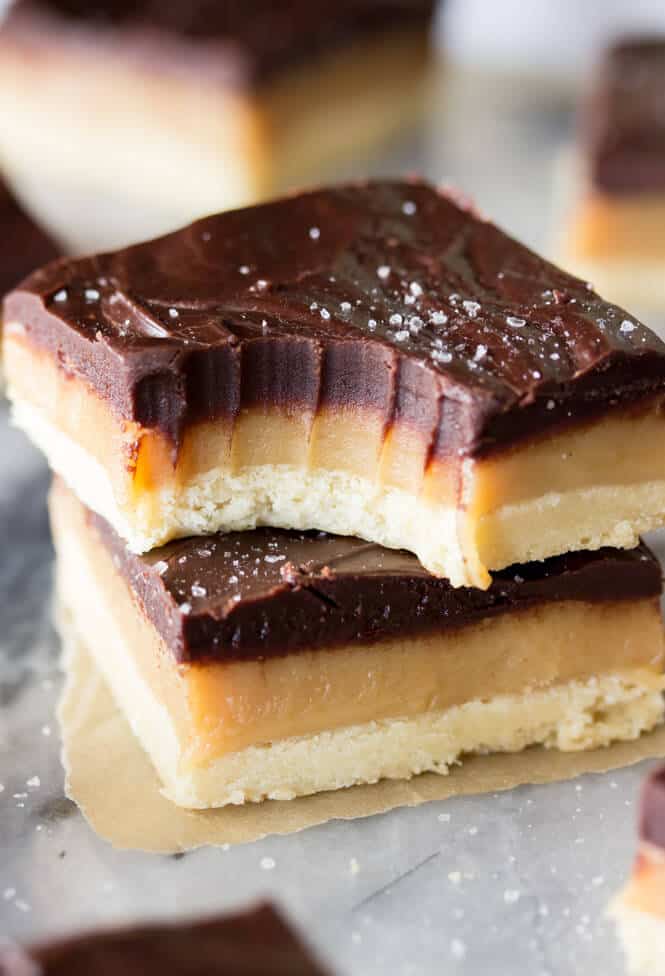 I don’t think (and I’m sure they’ll correct me if I’m wrong) I’ve ever given my siblings anything really bad to eat.

Sometimes they eat my recipe fails, but only the most edible ones (cupcakes that are just slightly too dense, cookies that are a tad too crumbly), and I never did anything as treacherous as trying to pass off bean brownies for regular brownies, which one of my sisters actually did do to me one time  (a deception I’ll never forgive).

So it’s slightly insulting to me that, when presented with any dessert that isn’t an obvious cake, cookie, or cupcake, they proceed with severe trepidation.  Forks hovering nervously over their plates, eyes narrowed, skeptical, seeming to suggest —  It could be an anthrax pie, how can we be sure it’s not?  So much for gratitude.

But after explaining for the fourth time to my fourth sibling what Millionaire’s shortbread even is (“It’s like a fancy, homemade, gourmet twix bar”) not a single one seemed the least bit disappointed when they took their first bite. 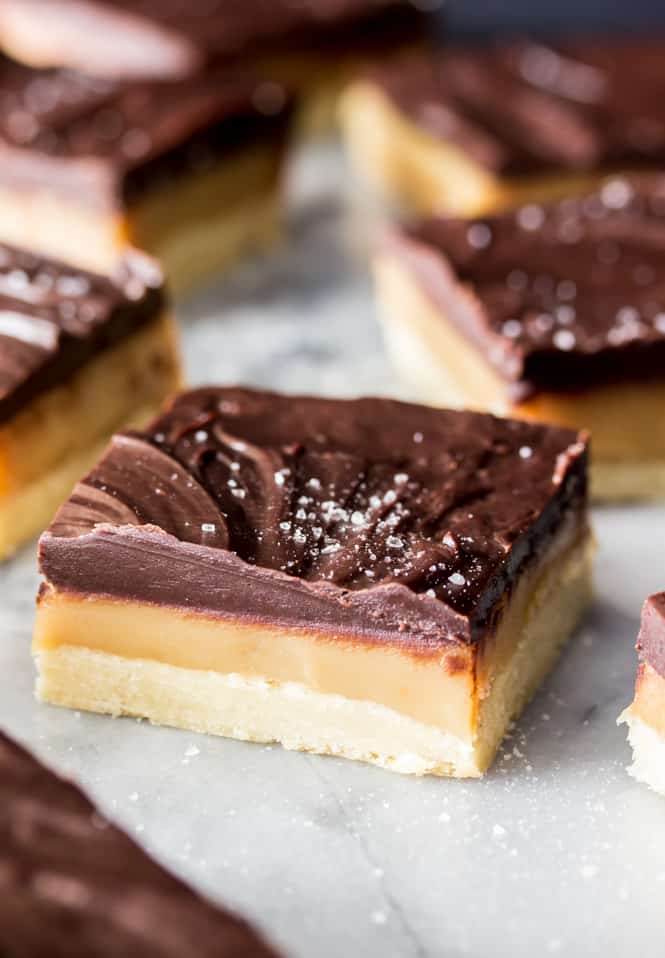 There’s nothing to be disappointed about when it comes to Millionaire’s shortbread.  This is a recipe I’ve been wanting to try my hand at for a while now and after a lot of running around in the kitchen I’m very happy to share it with you.

I don’t think I need to reiterate the fact that it’s a rich dessert — in fact I suggested to my sisters and brother that they cut each giant square into quarters, because while big squares look pretty in these pictures, they’re so rich that it’s a challenge to actually eat a whole one.

The shortbread (a faux shortbread, more on that below) is slightly sweetened but serves as the crispy vehicle to transport chewy caramel and a blanket of chocolate ganache.  To make things even more decadent, it’s all topped off with a sprinkle of sea salt.  It’s not called Millionaire’s shortbread for nothing! 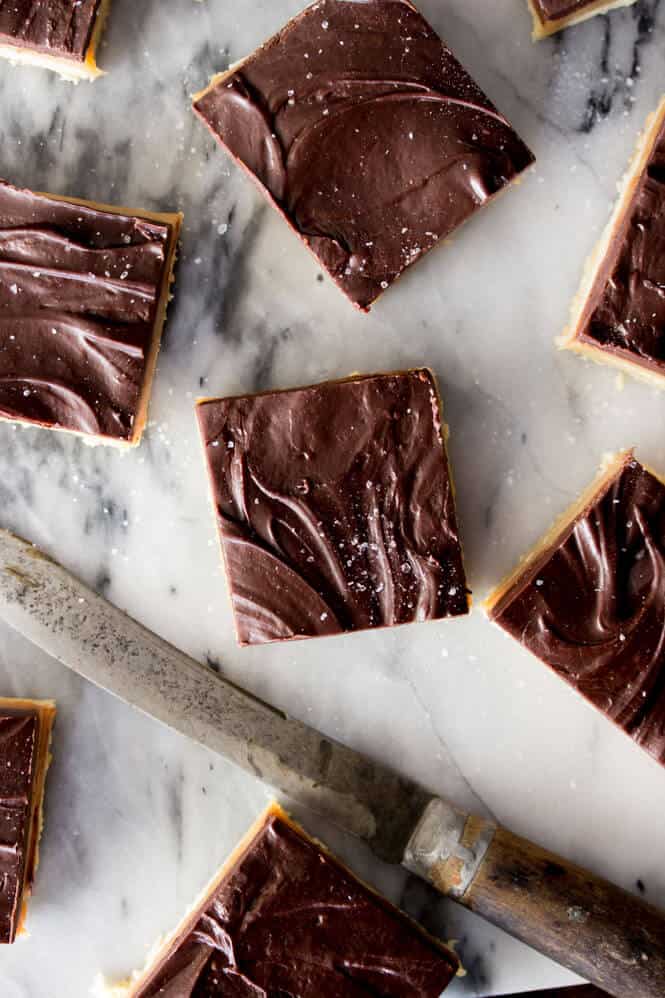 As attaining millionaire status can change a person, so it has changed our “shortbread” cookie crust here.  Surprise, it’s not a “true” shortbread.  When I decided to give this classic recipe my own spin, this is one of the first changes I made.

Classic shortbread is made of only three ingredients — butter, flour, and sugar, but this is Millionaire’s shortbread so we’re making sure it lives up to its name.

An egg yolk, some brown sugar, and vanilla extract all make this cookie crust extra flavorful, and slightly softer than standard shortbread as well.  Because of the added ingredients, your finished millionaire’s shortbread will cut more easily than standard shortbread (which usually breaks unevenly with jagged edges and scatters crumbs everywhere) but is still crisp and snappy beneath the soft chocolate and chewy caramel.

Andi liked the cookie layer so much she asked me to make her a pan of just that alone, nothing else. 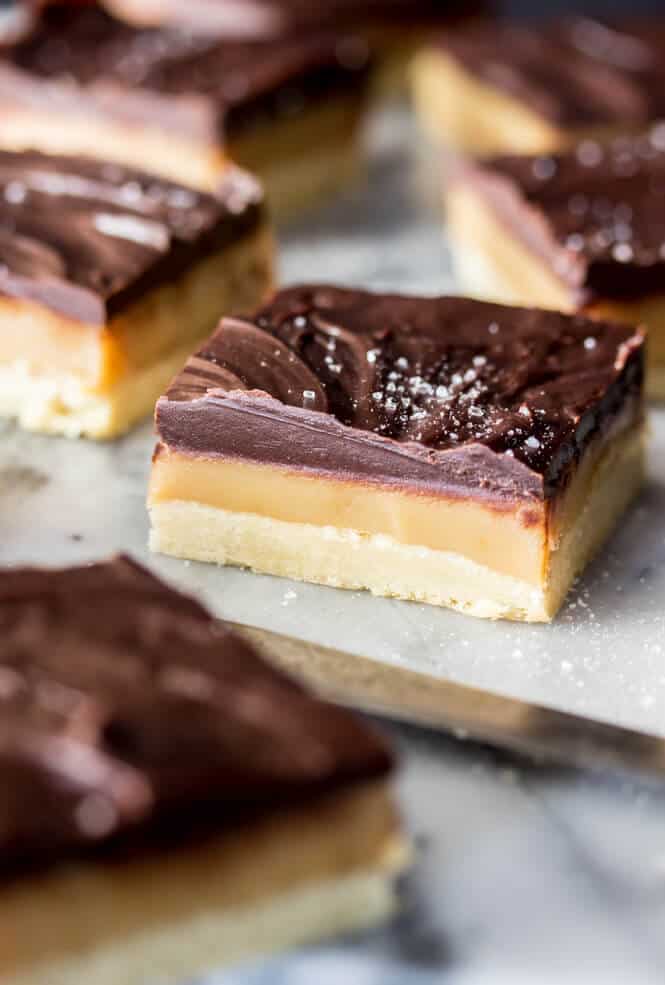 I really wish that I could photograph the processes for these multi-step recipes — a picture of how the crumbled cookie dough should look, the caramel at its peak just before pouring it over the shortbread, the glossy chocolate ganache, etc… but since I only have two days of the week to shoot 3-4 recipes, I usually have to prepare the food Friday night, and there’s no light to take decent pictures then.

To make up for this, I try to include very detailed descriptions in the recipe, and you can always shoot me an e-mail, leave a comment, or drop by my Facebook page if you have any questions.

That being said, I don’t really think you’ll have any problem with this recipe, the trickiest part is the caramel and it doesn’t even require a candy thermometer! 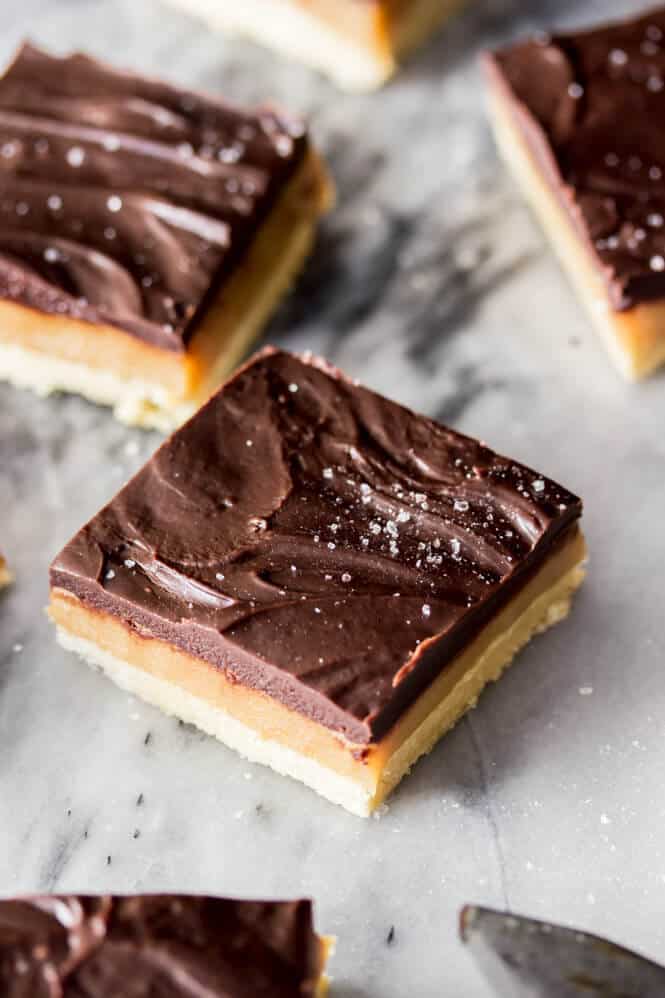 I hope you enjoy this Millionaire’s shortbread as much as my siblings ultimately did! 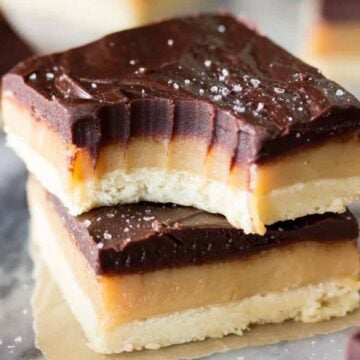 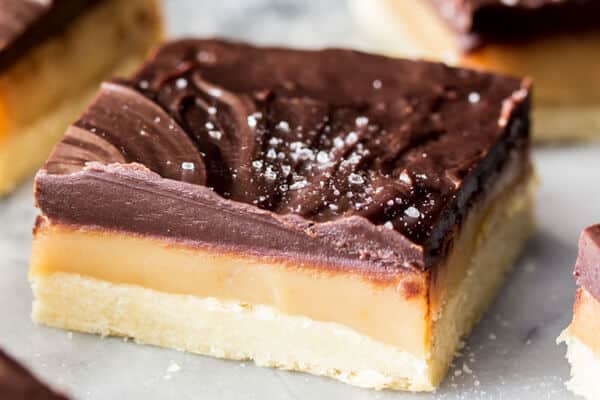 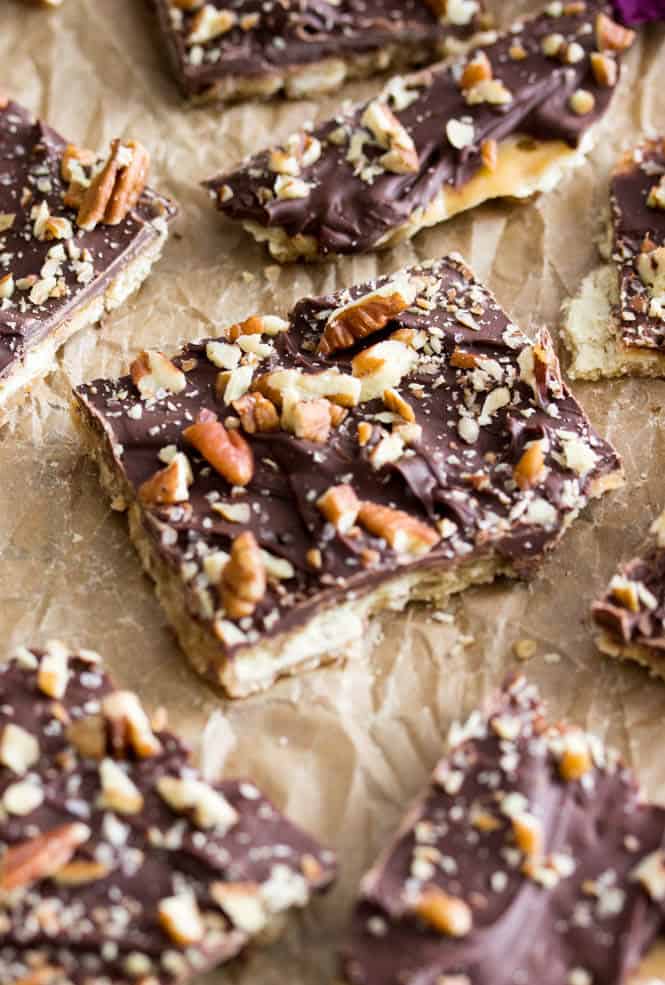 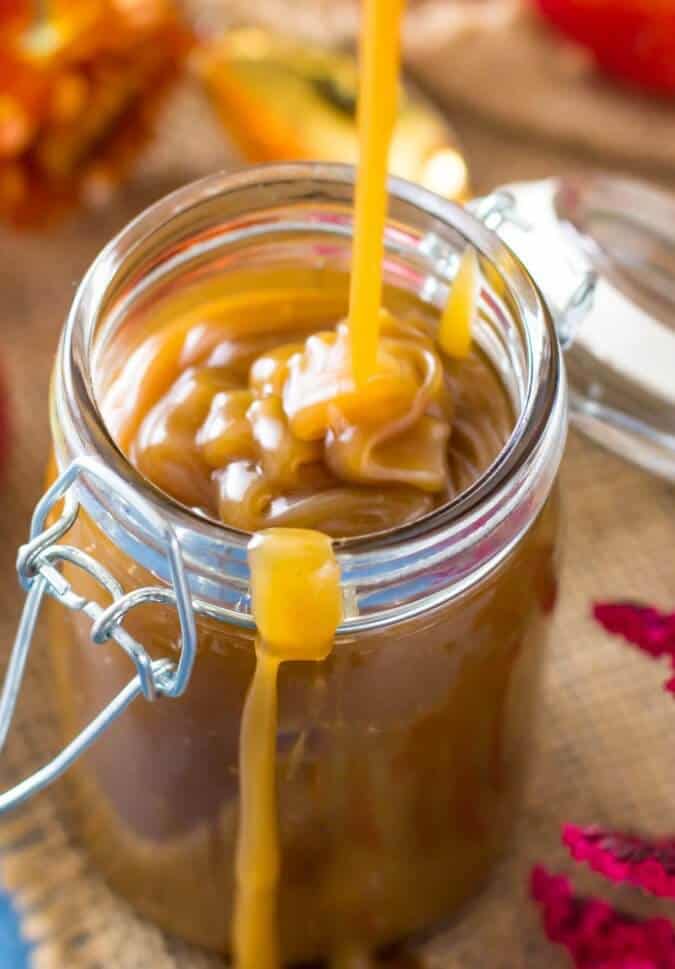