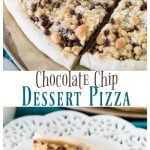 Chocolate Chip Dessert Pizza is, in my humble opinion, the best kind of pizza ever made. With a simple thin crust, a cream cheese based “white pizza sauce”, lots of chocolate, and a crumbly streusel topping, I think you can see why this is such a favorite of mine! 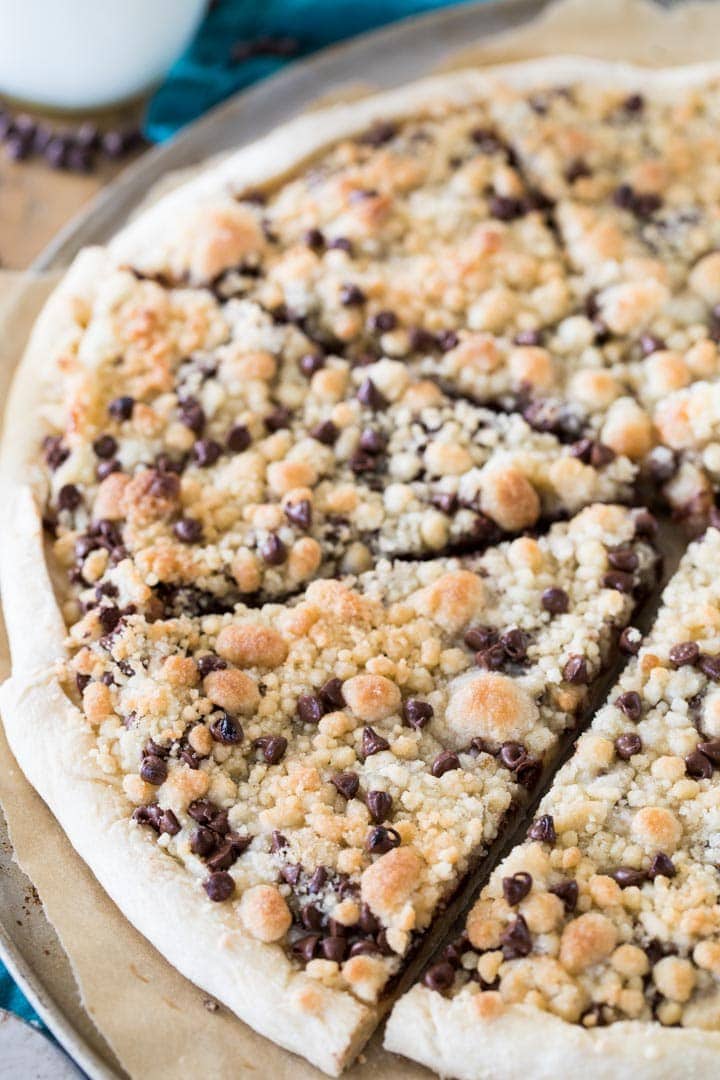 So there’s this pizza place where Zach and I used to eat lunch together during college.

It wasn’t the best pizza place, but it was an all-you-can-eat deal where you paid about 5 bucks for unlimited pizza and soda and a mostly-wilted salad bar, and it was a college student’s dream.  We ate so. much. pizza., but the best thing about this place was their variety of dessert pizzas.

They had a few varieties, cherry, apple, and other fruits, but I bypassed all of them for the Chocolate Chip Dessert pizza, and Zach and I piled our plates with as many slices as we could respectfully carry every single time. 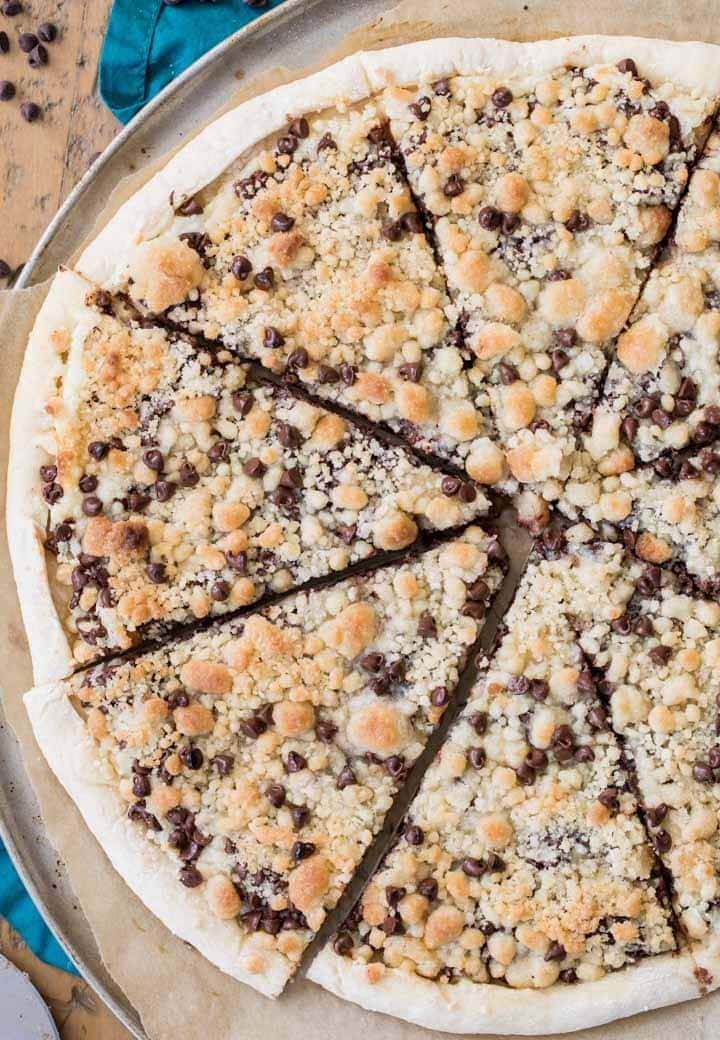 Naturally, I wanted the recipe, but despite politely harassing at least three employees, nobody seemed to be able to tell me what was actually in this magical dessert pizza. Only that it was “Mostly dairy.  I think.”  Thank you, pizza-place guys.

Much, much  research ensued.  I must have eaten a whole dessert pizza in a single sitting (for science, of course).  Testing continued at home, and after many tasty, but not just quite right attempts, I finally got the recipe down. In fact, this dessert pizza was one of the first recipes I shared on the blog years ago (this was 4 years ago, even before the blog’s official “unbirthday”), and it has remained one of my most popular recipes ever since then. 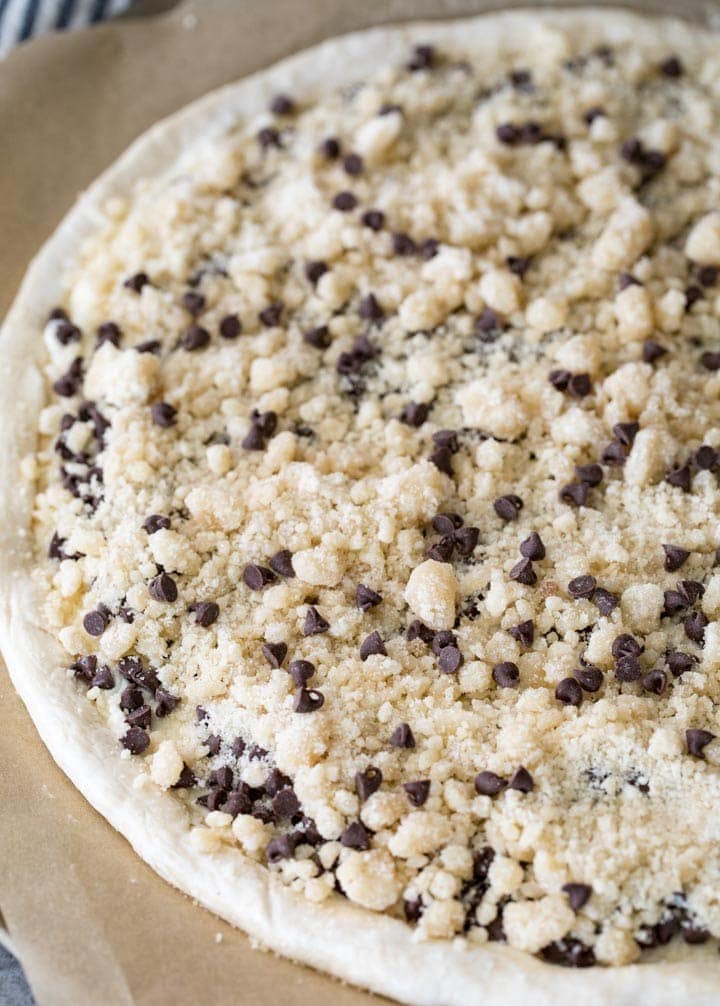 The crust for this recipe is a very, very simple one (please don’t be intimidated by the yeast!).  It’s thin and chewy and needs to bake only briefly, just long enough for the toppings to melt.

What Toppings Do You Put On A Dessert Pizza

For this dessert pizza, the only option here is chocolate.  We first start by layering our base with a cream cheese “sauce”.  this will help to hold the toppings in place and give the pizza a great creamy texture.

Next, we’ll add a cup of mini chocolate chips and press them into the sauce before topping everything off with a simple, crumbly, slightly crisp streusel topping. 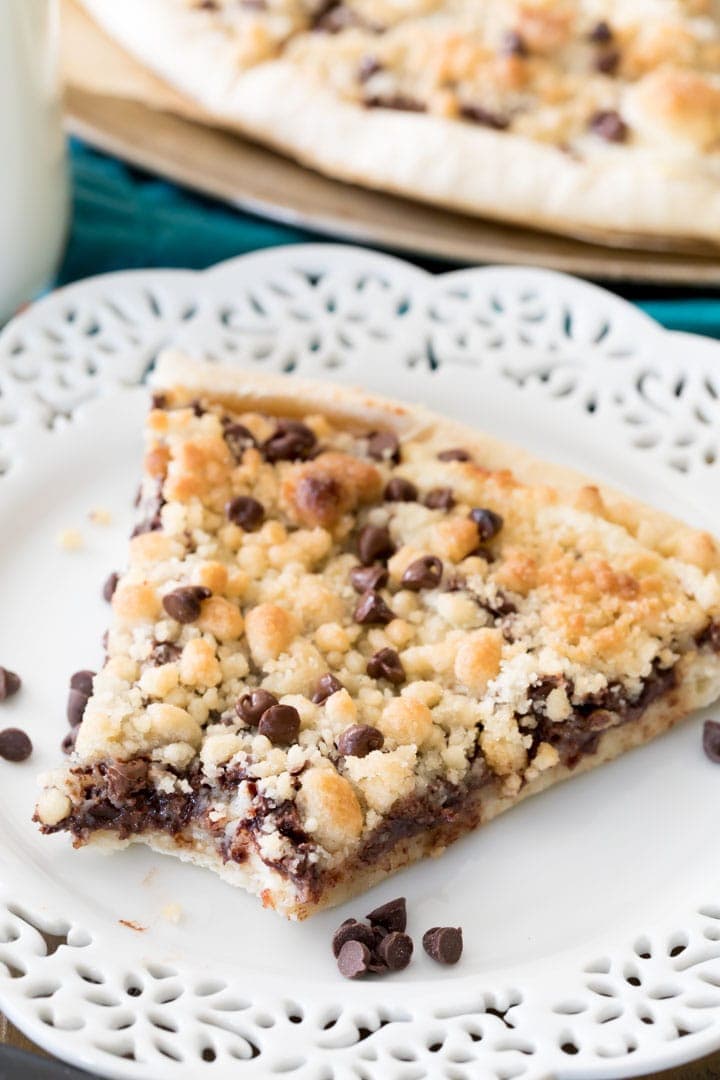 How to Make Dessert Pizza 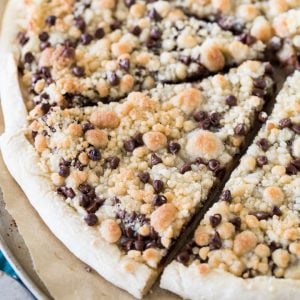 Pizza crust modified from this recipe 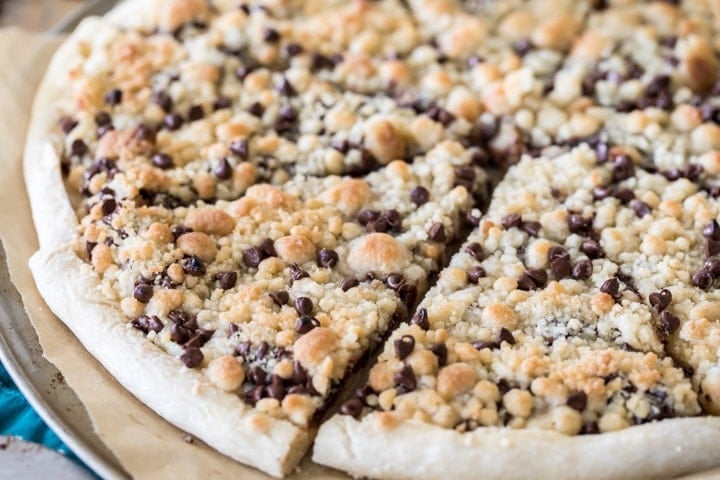 This chocolate chip dessert recipe was originally published 04/29/2014. Photos and text have been updated on 04/16/2018, and recipe has been updated for clarity and to include metric measurements 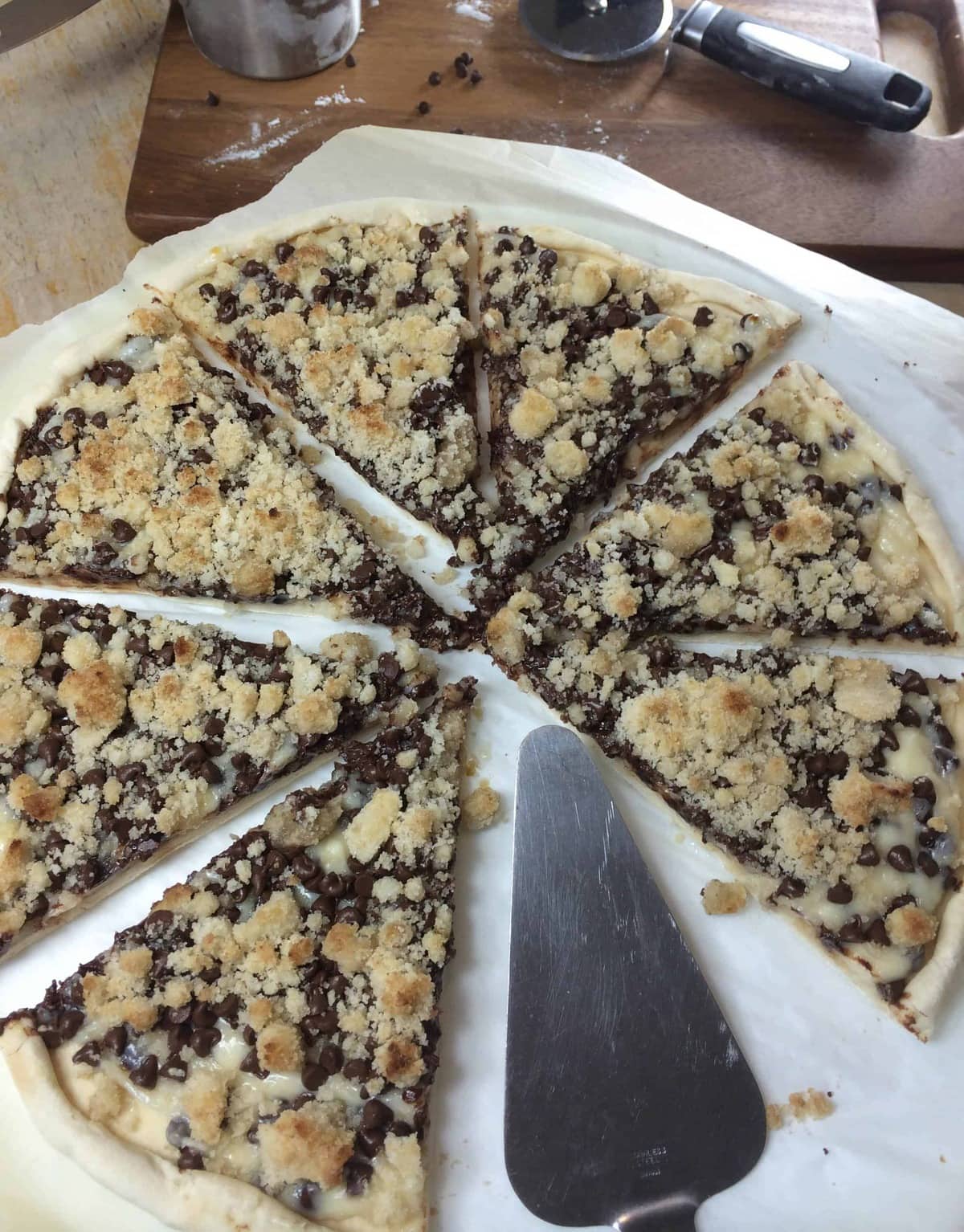 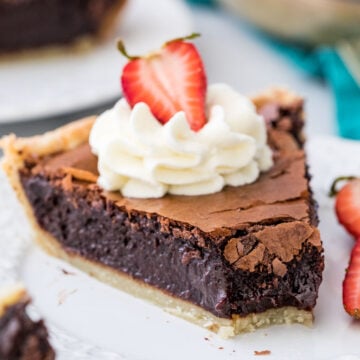 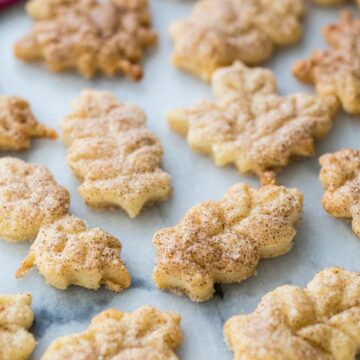 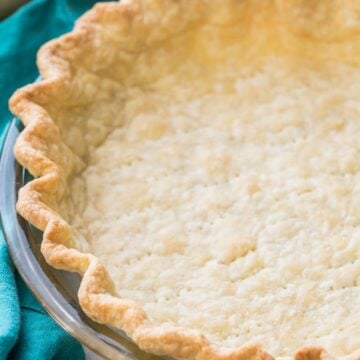 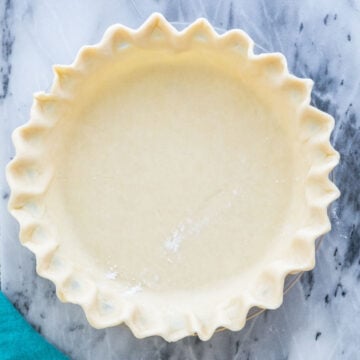 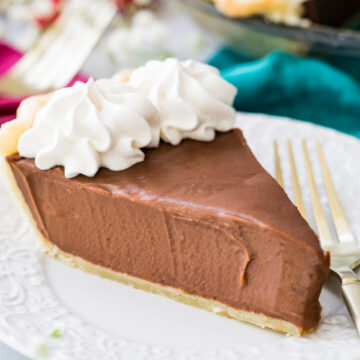