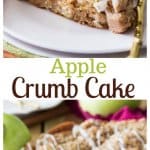 A soft apple crumb cake topped off with a crisp cinnamon streusel and drizzled with a vanilla glaze. A great recipe to use up any surplus of apples you might have accumulated from apple picking! 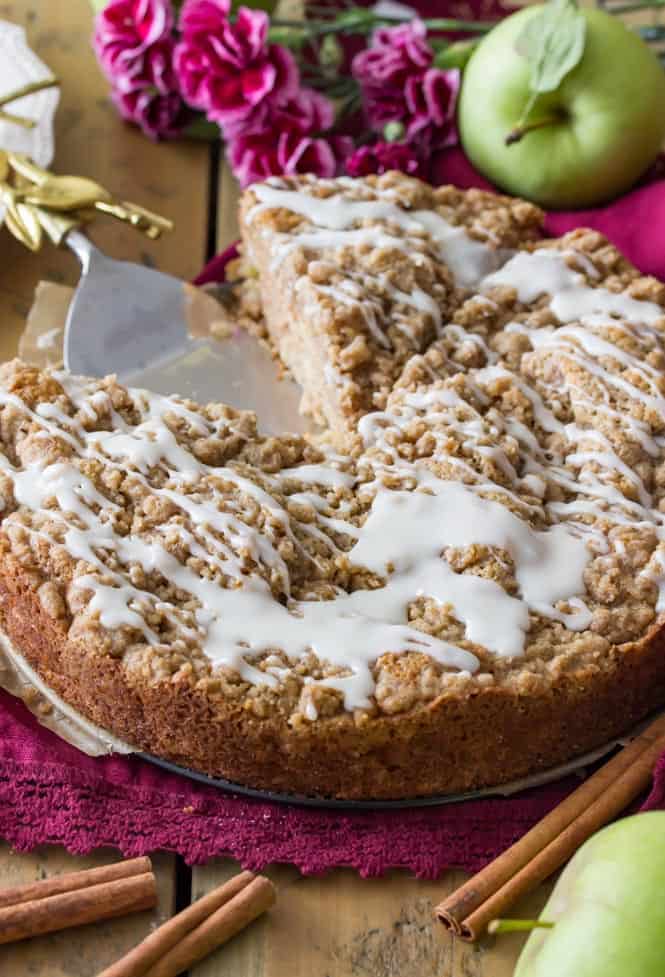 Zach and I went apple picking not once, but twice this month. Each time we made our way out of the orchard precariously balancing a crate piled with no less than 15 lbs of apples each time (and when I say “we”, I really mean Zach, he did all the heavy lifting).

That’s… a lot of apples.

I already shared my apple butter recipe that uses nearly 6 lbs of apples alone, but I still had a mountain of apples on my counter that I didn’t want to go bad, and so the baking continued. I made some freezer friendly apple crisp, to be cooked at a later date, my favorite apple pie, and my apple crumb muffins, and then I still had enough apples to make this apple crumb cake over and over (and over) again until I was 100% happy with it. 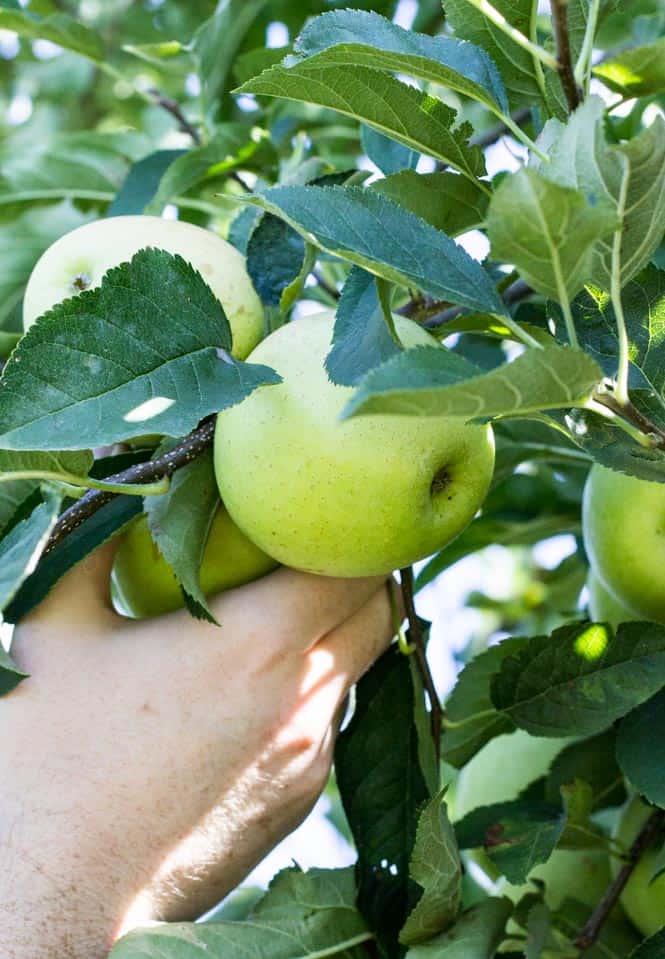 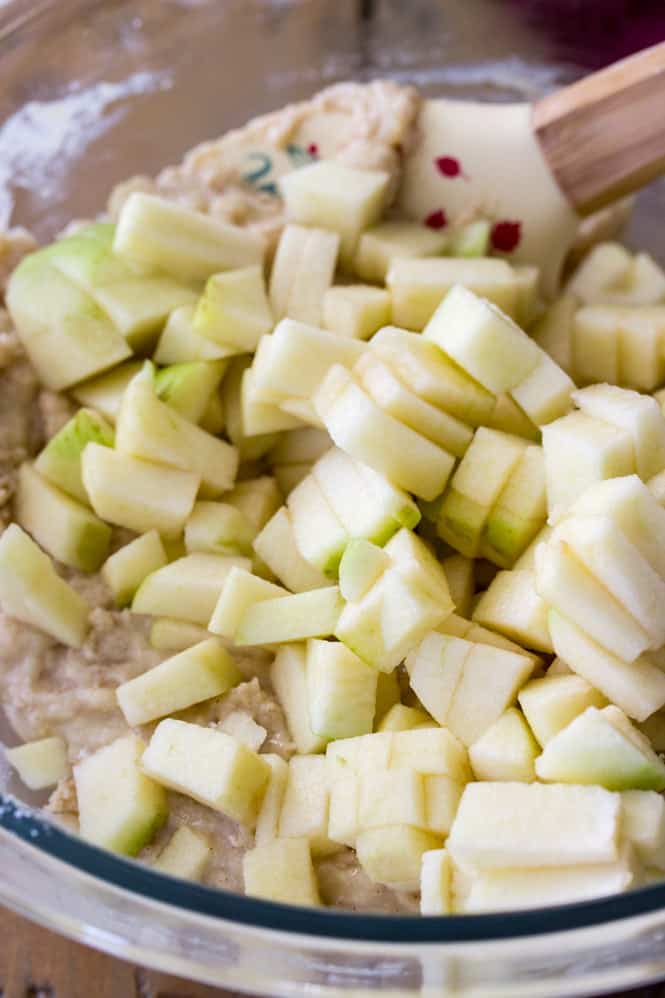 After my pumpkin coffee cake recipe was such a hit with everyone who tried it, I’d been determined to try to make an apple version and decided a slight variation of that recipe would make a great base for this apple crumb cake.

The apples add a nice touch of moisture, but I included sour cream and melted butter for added moisture, as well.  It makes the cake extremely soft.

The streusel is the same one that I used there, as well as on my favorite coffee cake recipe, it’s easy and is made with melted butter, which makes for the most flavorful and easy-to-mix-together streusel that you may have ever tried. 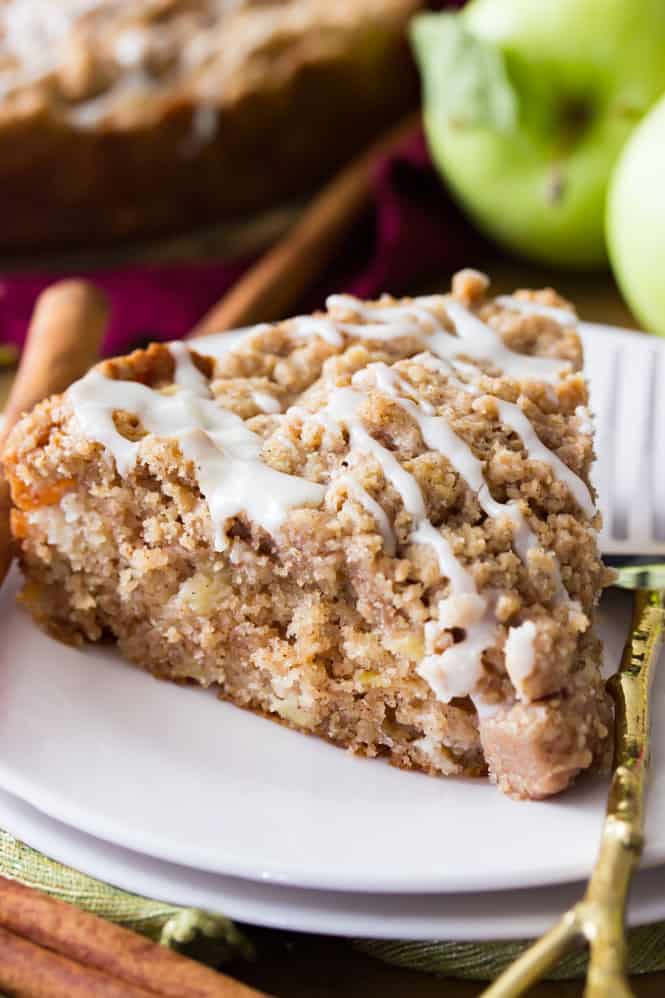 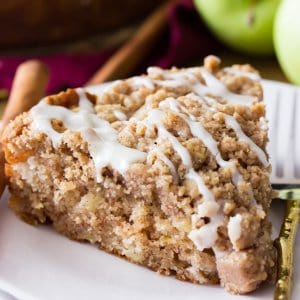 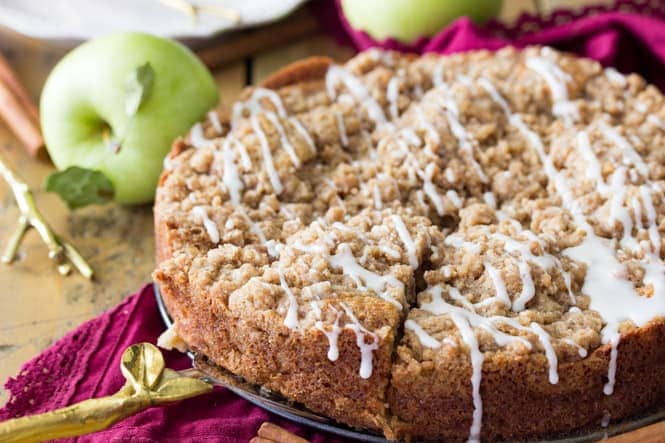