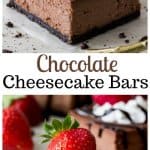 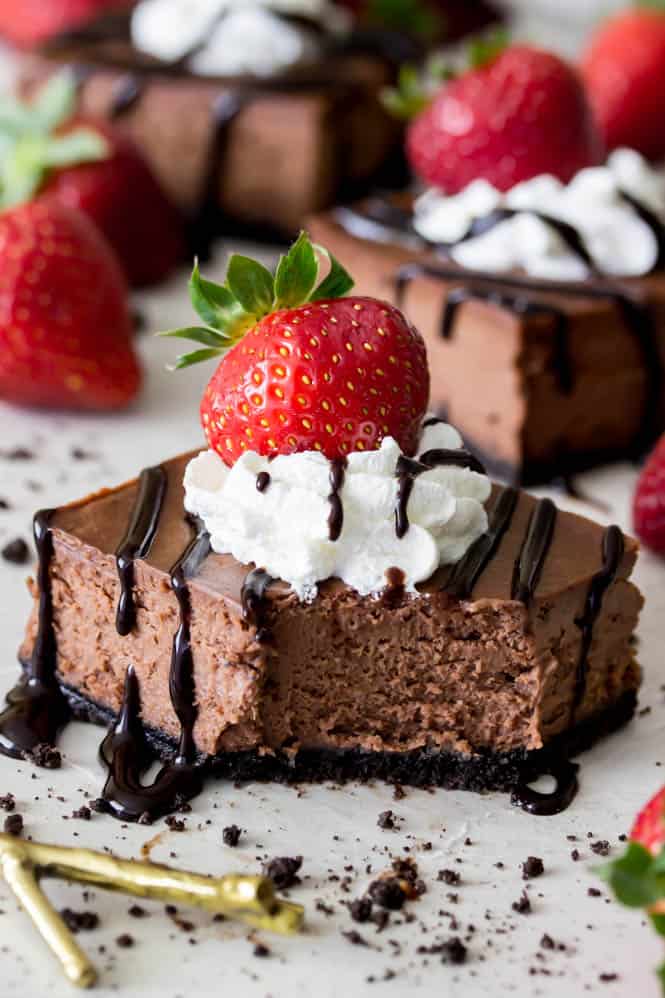 As promised, I have something sweet for you today!  Hopefully none of you minded last week’s savory recipe too much, but today we’re getting back to what I do best: sugar… and chocolate!

Unfortunately, no cookie dough or cake batter is safe from a stolen spoonful (or six…hundred).

I’d been doing pretty well recently, but when it came to making these chocolate cheesecake bars… between the dark chocolate, the cream cheese, the Oreo cookies… it was irresistible. 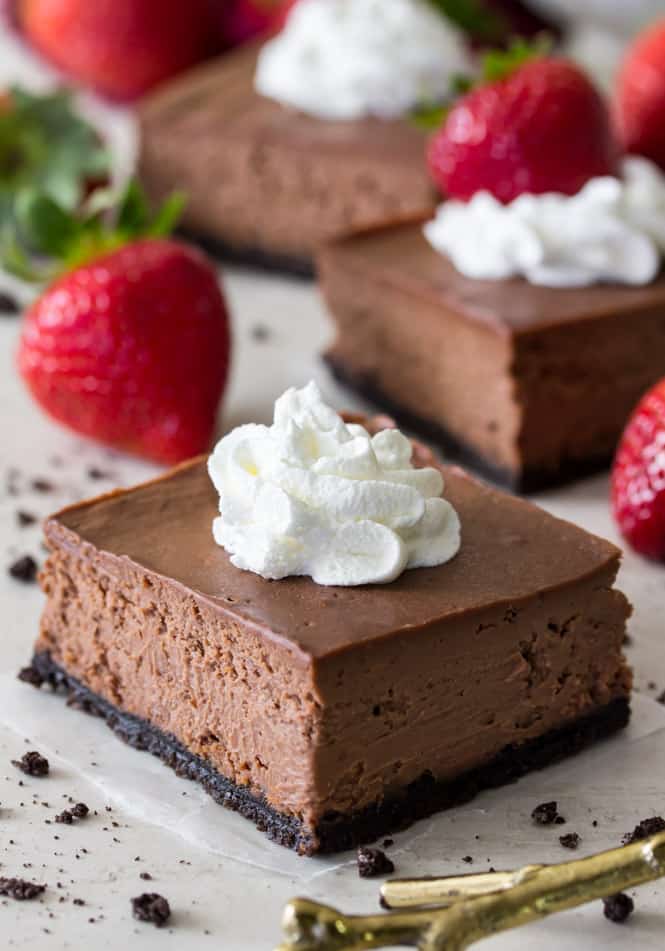 I also learned this weekend that not everyone has this problem — Zach tested a cookie bar recipe for me yesterday and he didn’t sample so much as a single chocolate chip… what is that!?  Am I married to a complete freak of nature or are there other unicorns like him out there who can resist the buttery temptation of a good cookie dough?

Then, once these chocolate cheesecake bars came out of the oven and chilled… Oy, I couldn’t stop sampling.

Every bite of these cheesecake bars is chocolate bliss, from their buttery Oreo cookie crust (my favorite kind of crust to make, it’s so easy and just 2 ingredients!) to the creamy, dark chocolate infused cheesecake itself… how is a person expected to keep their fork off of it? 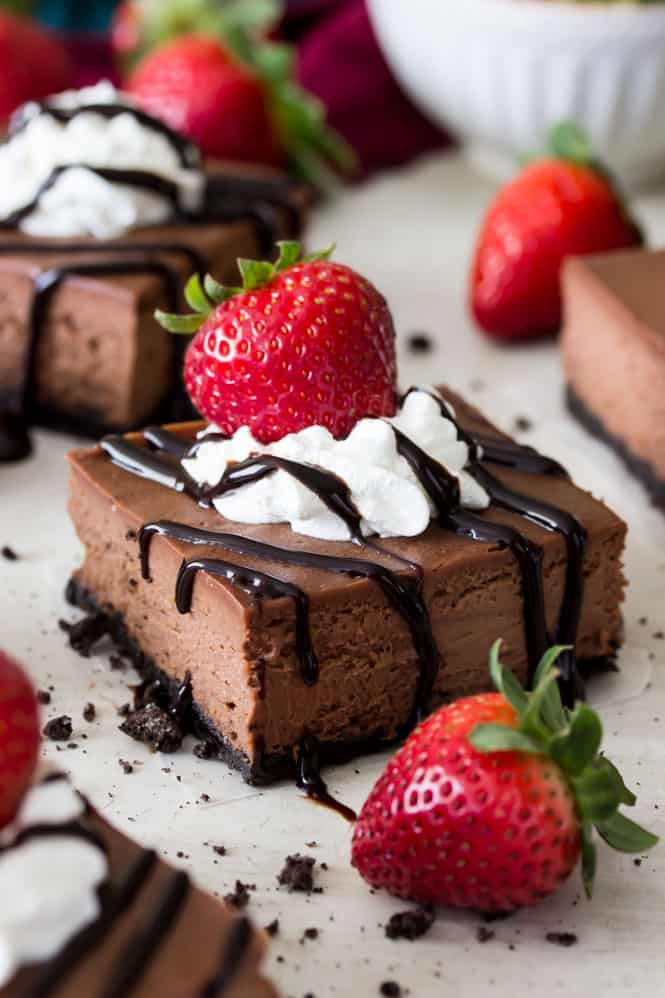 But enough about my utter lack of self control.  Let’s get into what it is that really makes these chocolate cheesecake bars so darn delicious. 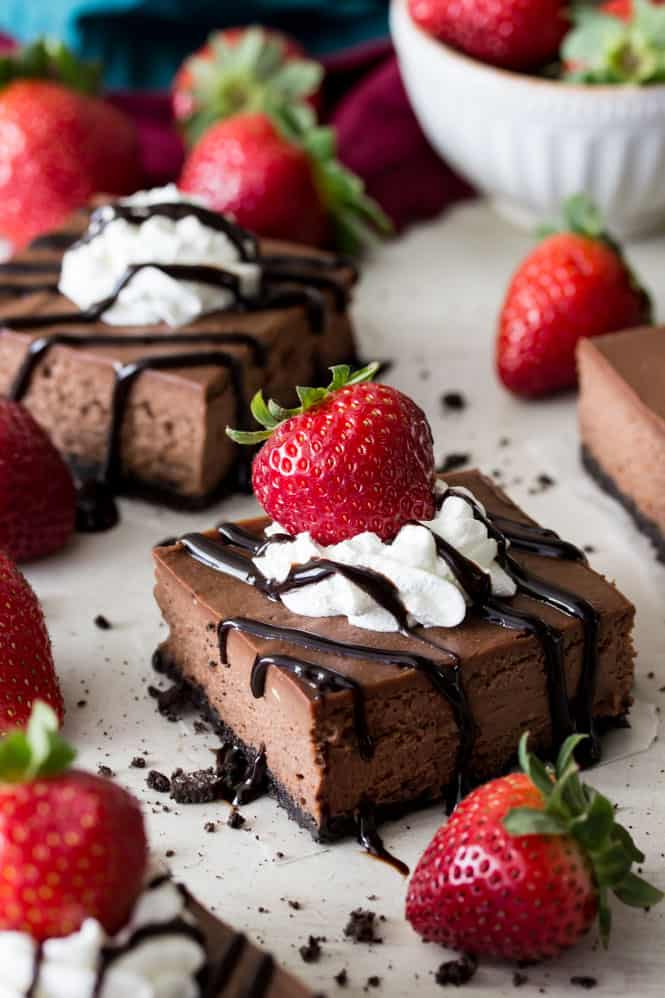 There are a few important things to keep in mind to make your cheesecake making process as easy as possible. 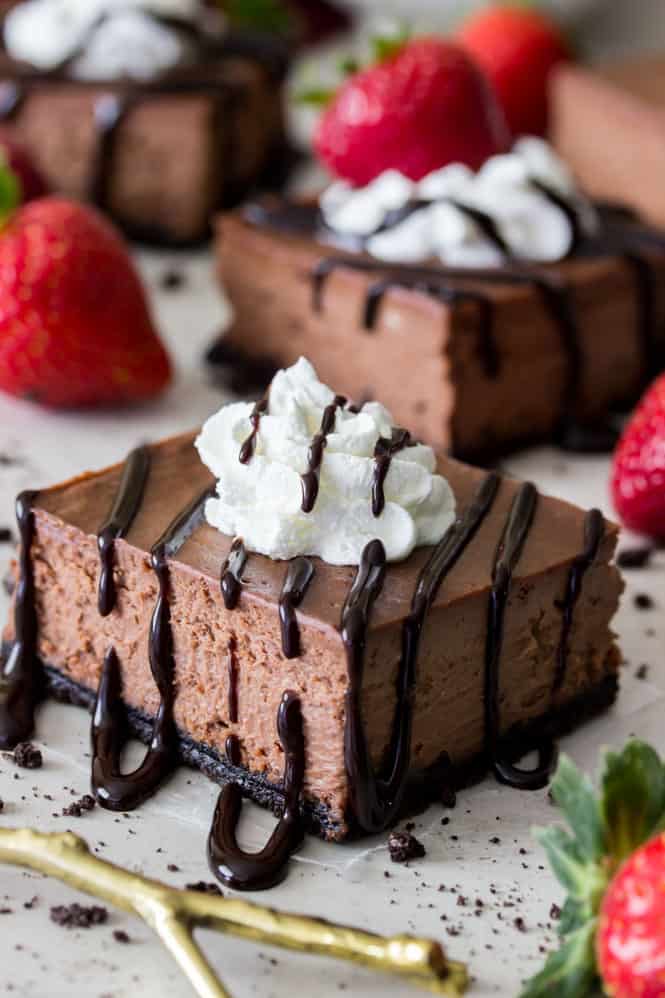 I originally intended to cover these chocolate cheesecake bars with a thick layer of ganache but the flavor was already so rich and dark that I thought that a ganache topping would just be overkill.

Instead, I topped mine off with some whipped cream and strawberries to help lighten the rich flavor — and then just a touch of chocolate sauce (because I can’t help myself). 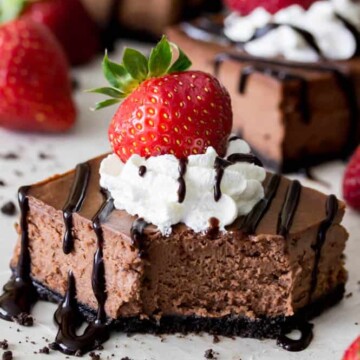