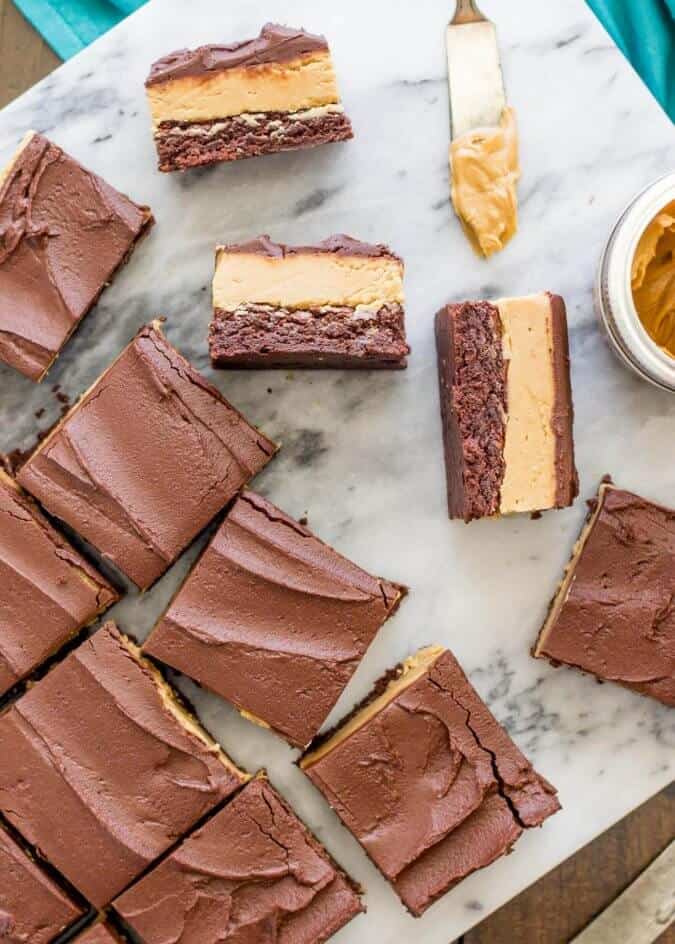 I’m a little surprised it’s taken me so long to share this recipe with you.  I have a whole pile of peanut butter & chocolate recipes, (even two peanut butter-infused brownies) on this site, and yet one of my oldest and favorite recipes somehow doesn’t even have its own space on the blog.

I used to make these buckeye brownies as a potluck staple when I worked at Hopkins.  Every time I brought them in, the neatly cut squares flew out of the Tupperware container before any other dessert, and I even had one of the cleaning ladies offer to pay me to make her a batch for a party.

Instead, I gave her the recipe, because though they are decadent and impressive, they’re actually pretty darn easy to make! 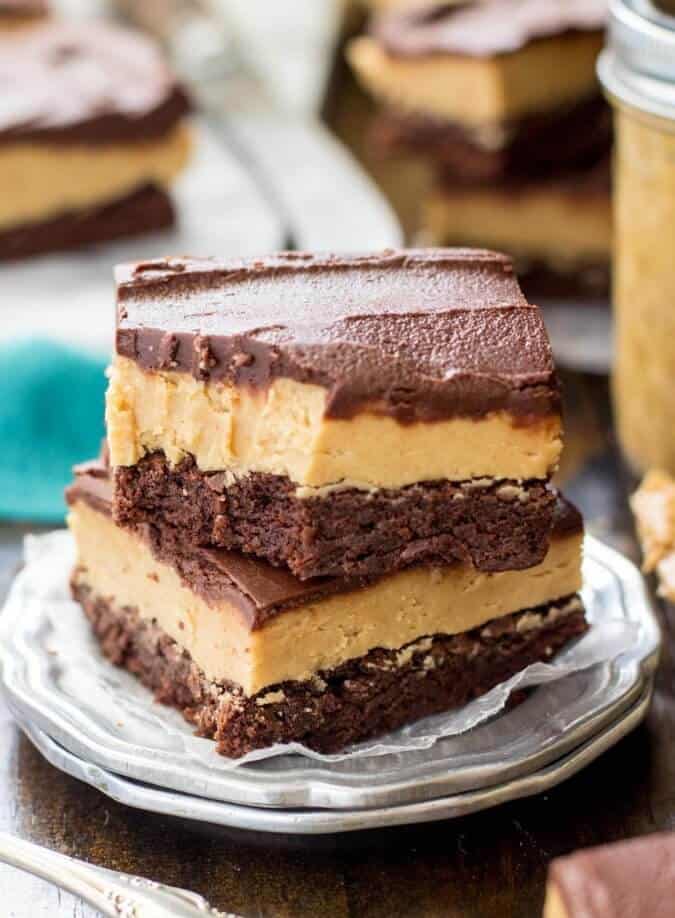 Instead of using my standard favorite Best Ever Brownie Recipe, I went with a quick and easy chewy, chocolaty recipe that takes a little less time.  You can get away with using a box-mix baked in a 13×9 pan if you’re really in a time-crunch, but the brownies come together so quickly I really recommend making them as written.

This chewy recipe works really well with the fudginess of the peanut butter layer, and the “frosting” is a simple, two-ingredient, chocolate spread made by melting together chocolate chips and butter. 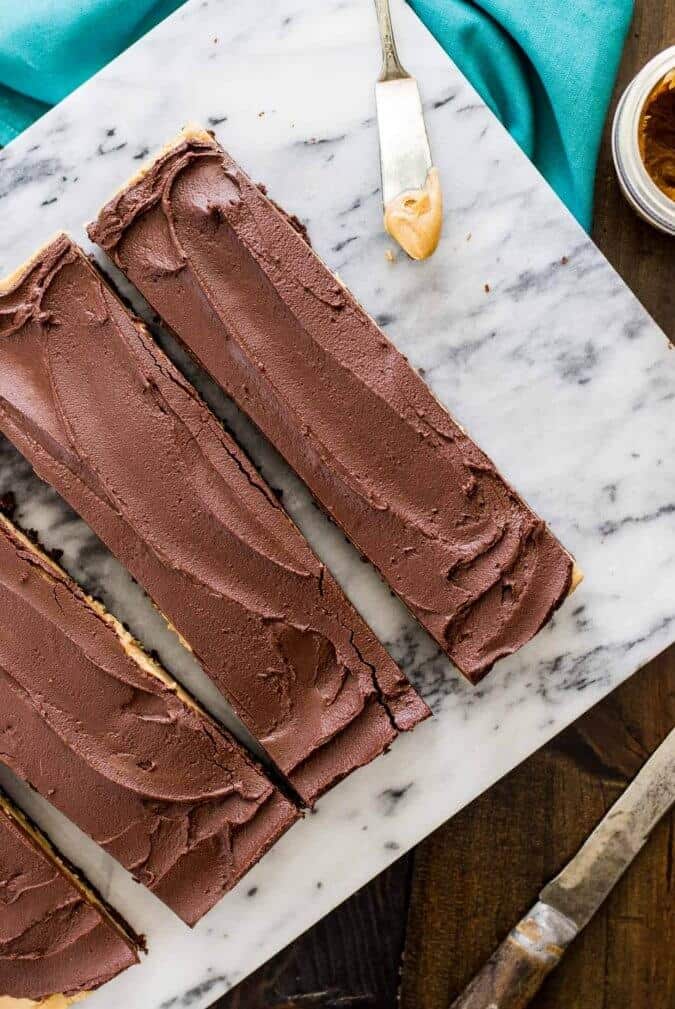 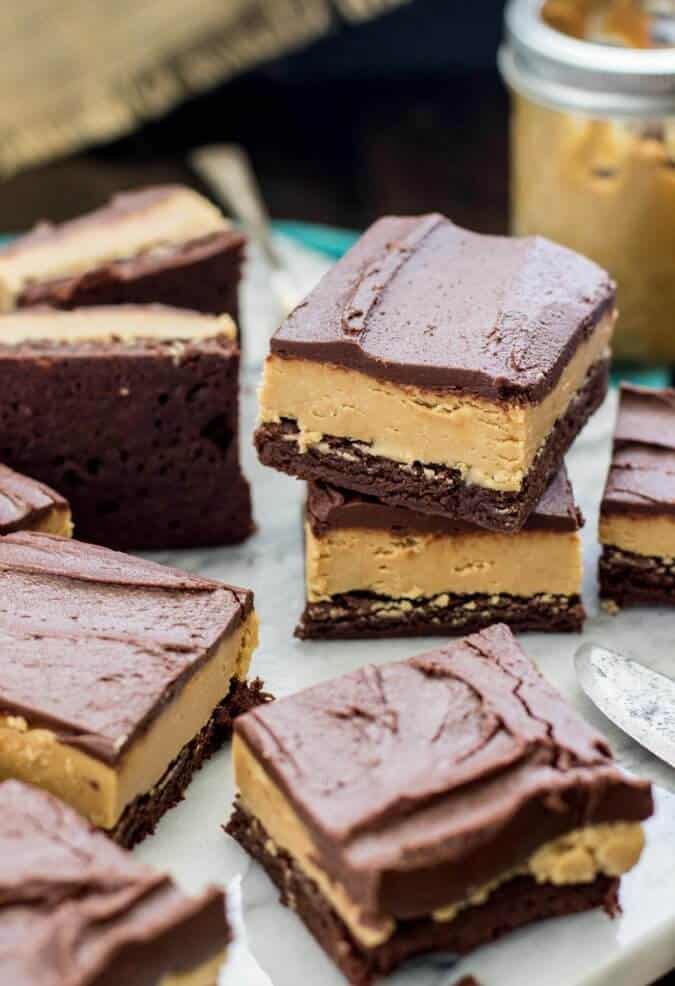 Quick confession: I’ve never had an actual buckeye candy on its own before, but the peanut butter filling is true to the ingredients used to make the candies.

Considering how wonderful the peanut butter tastes sandwiched between the chocolate of the frosting and the brownie base, I don’t know why you’d ever want to make it without the brownie layer, anyway! 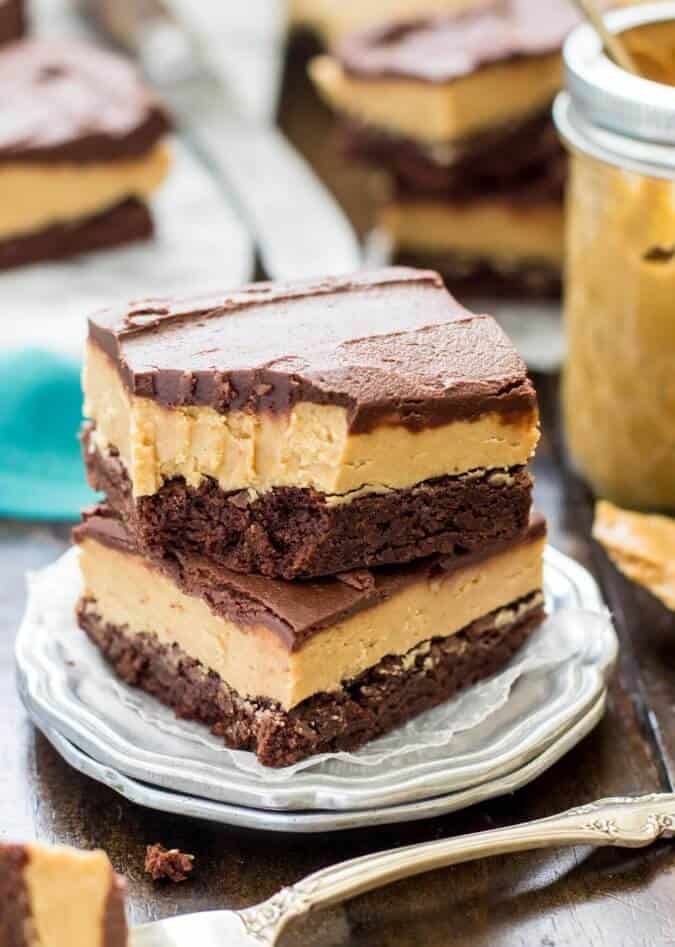 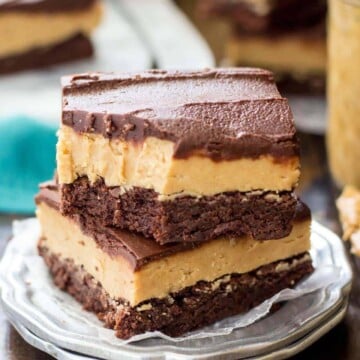 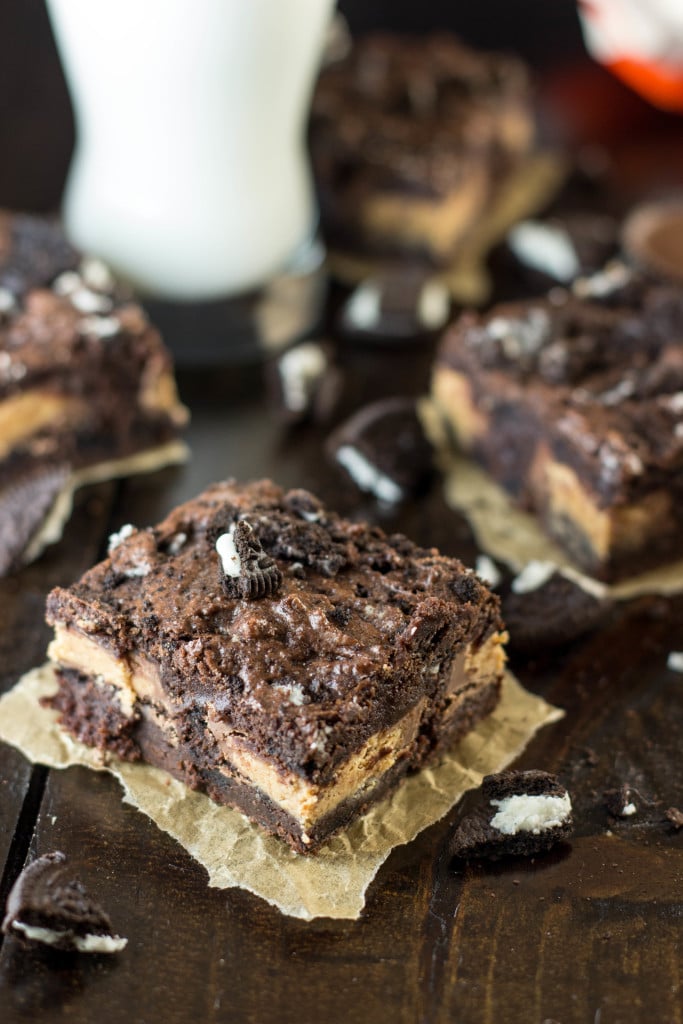 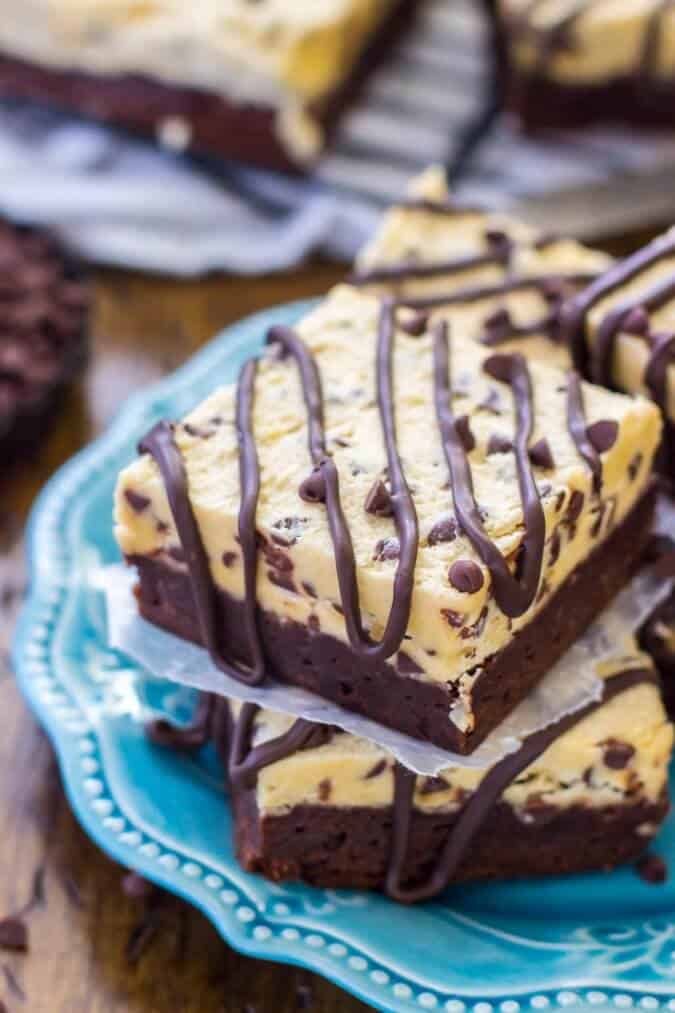 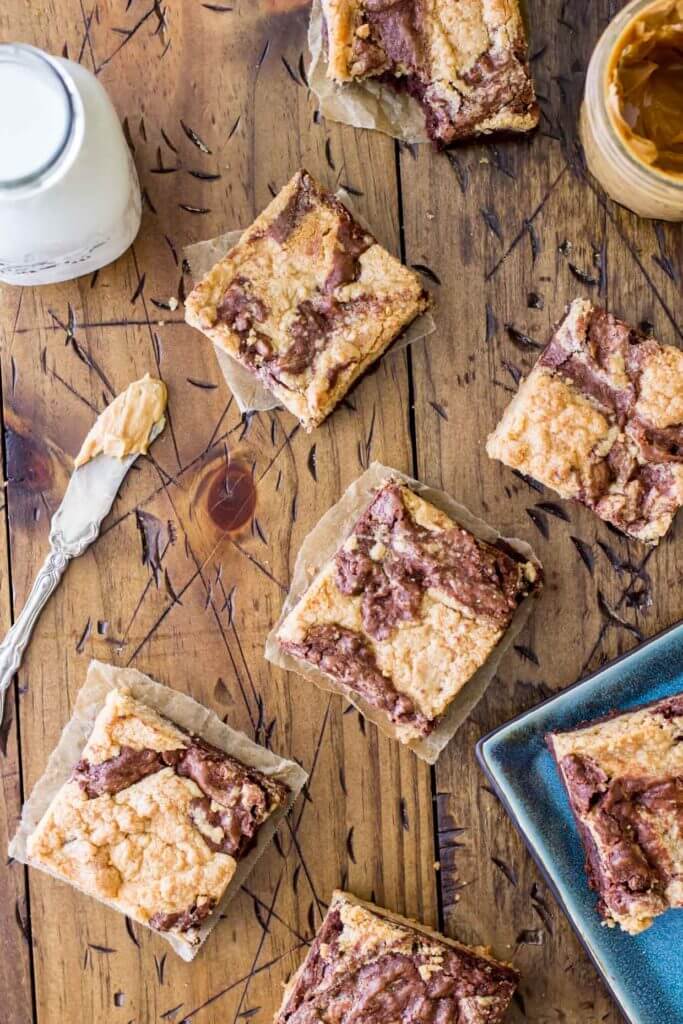