×
You are here: Home / Desserts / Candy / Brownie Bark
This post may contain affiliate links. As an Amazon Associate I earn from qualifying purchases. Please read my disclosure policy.
Jump to Recipe Jump to Video Print Recipe 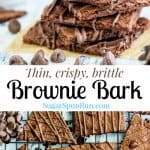 A snappy, crunchy, easy made-from-scratch recipe for brownie bark.  Tastes just like a crisp, chocolaty, brittle brownie! Recipe includes a how-to video at the bottom of the post! 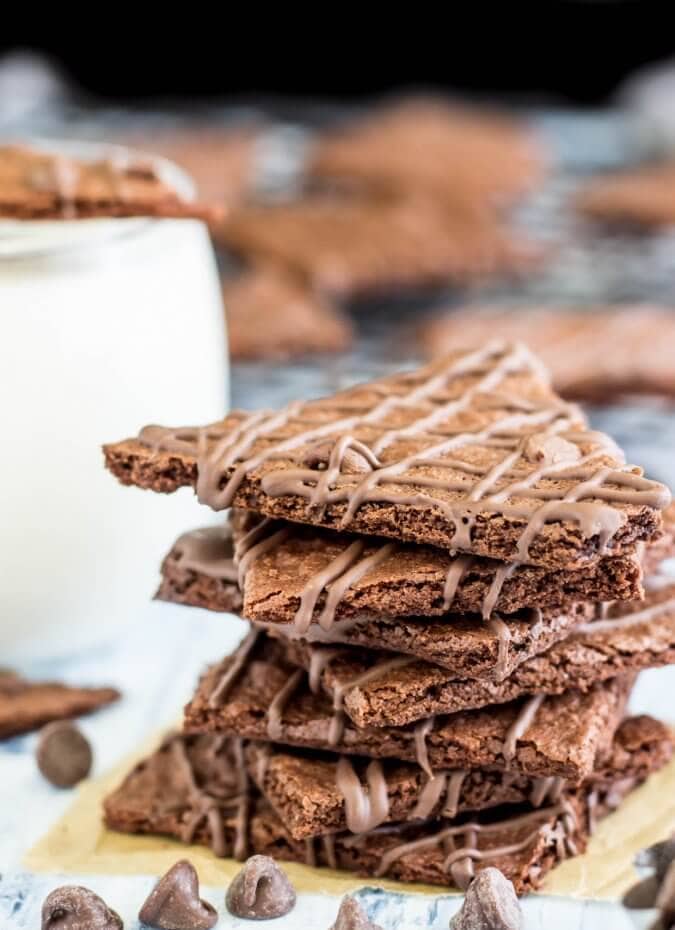 Well, those are two words that I never thought I’d want to pair together.

Because when you think brownies, you think words like soft, chewy, fudgy, and melt-in-your-mouth, right?  Not something crispy, thin, and brittle like bark.

This is definitely… different. 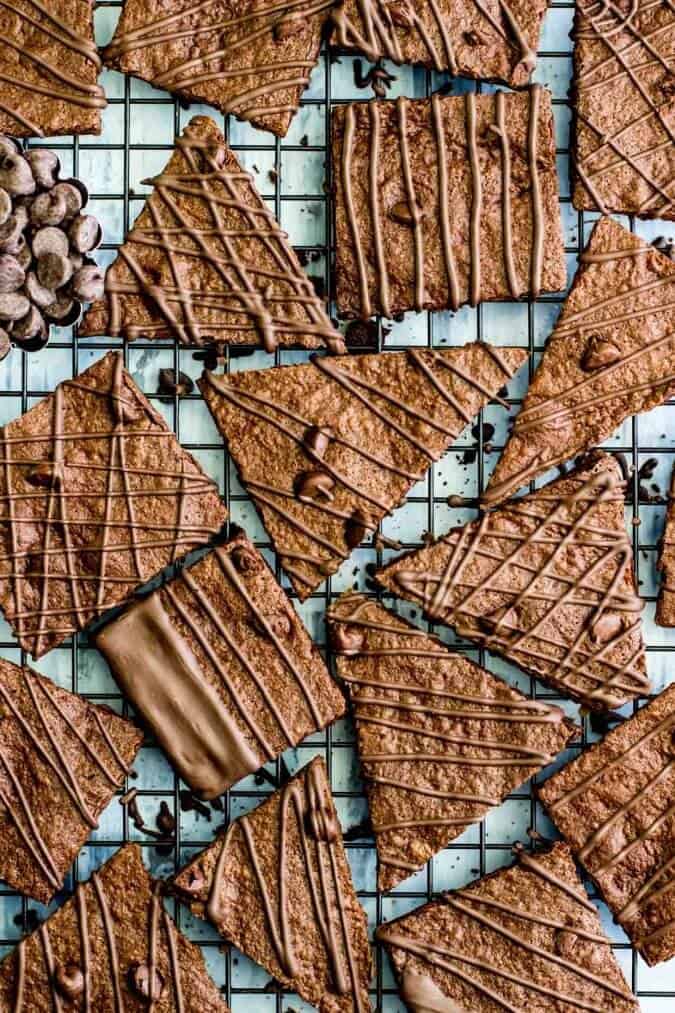 But have you had the store-bought brownie bark before?  I bought a bag on a whim a few weeks ago (never go grocery shopping on an empty stomach) and it was addictive.  It’s crisp, thin, brittle and like eating a crunchy, snappy brownie.  It’s almost more like a candy (like a chocolate peanut brittle) or a crunchy cookie or a sweet potato chip rather than a brownie.

I finished off the bag in about 30 seconds.  It was a teeny, tiny bag that had a pretty high price tag for only 30-seconds of face-stuffing.  Four measly ounces of crispified brownies doesn’t make it very far in my house.

So I set about making my own recipe. 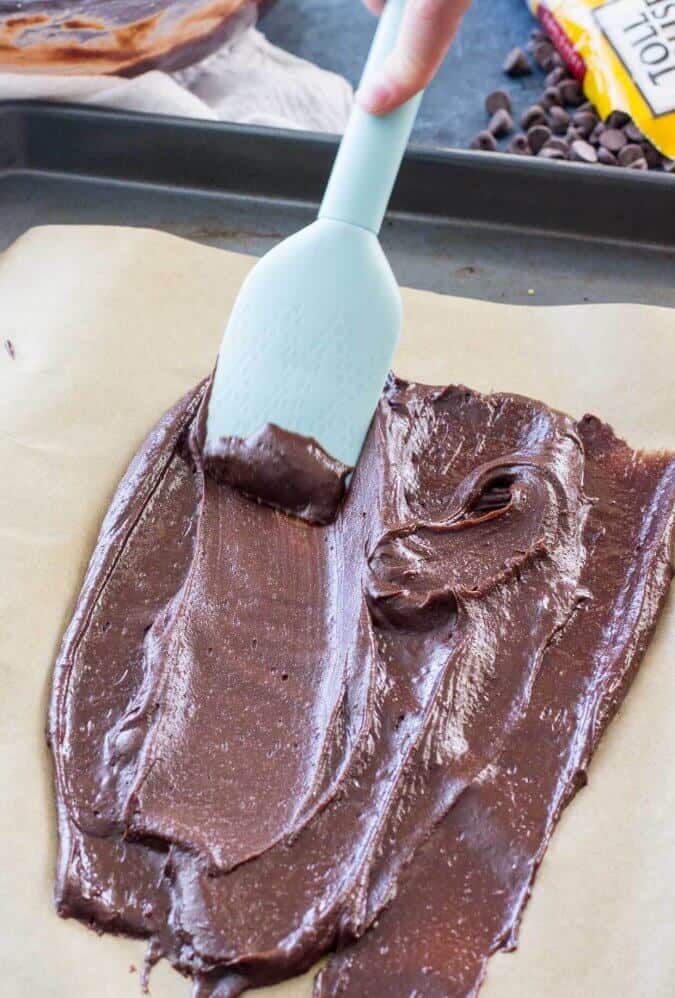 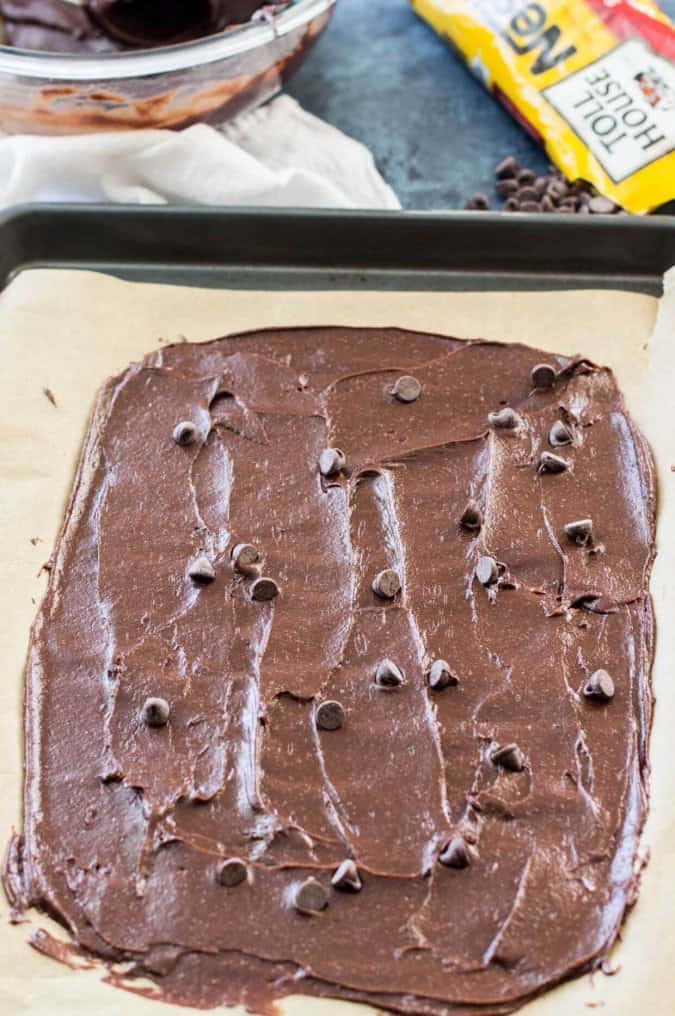 I pulled out some of my favorite brownie recipes as starting points, ultimately settling on this cookie recipe, and removed all of the things that make it soft.  Out went the egg yolks, the brown sugar, the corn starch.  I even added water to thin the batter.  It hurt my heart a little bit.

But here we are, and I’m glad to say that I have no regrets about eliminating all of the wonderful parts of those brownies.

The batter is simple to make, spread it evenly and thinly (very thin— think potato chip thickness) on the pan and watch it carefully through the oven door while it bakes.  You don’t want your edges to burn (though if they do, just snap them off).

Spread it, bake it, cut it (cut it in the pan while it’s hot and then let it cool) and drizzle some dark chocolate for good measure. 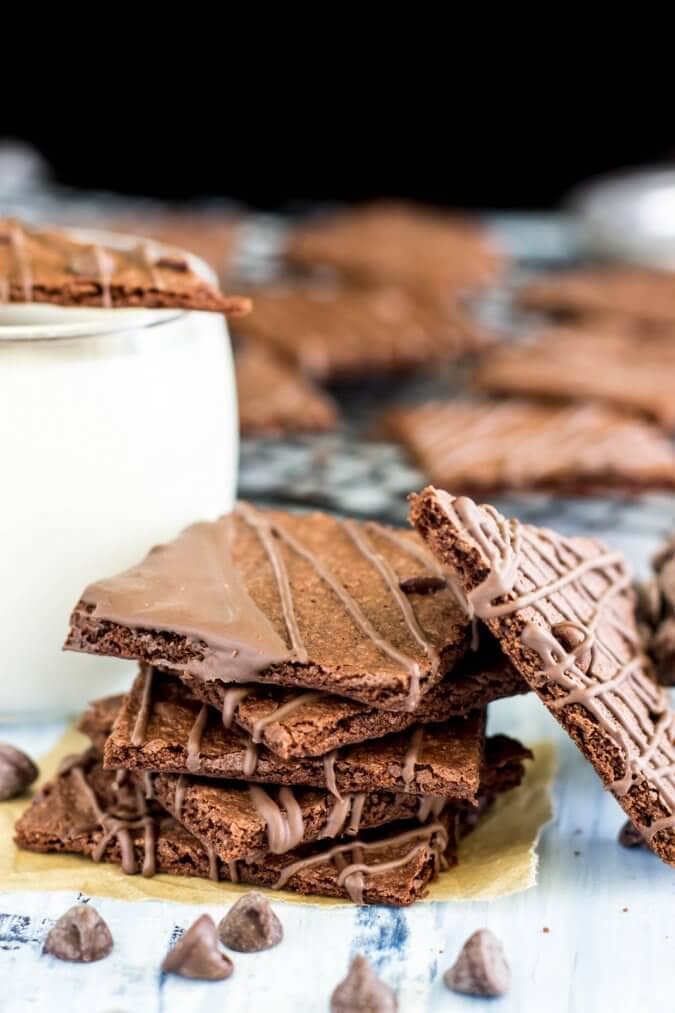 I’m kicking myself for not weighing out how much brownie bark this actually made, but I’m going to say it was the equivalent of at least two or three bags of store-bought. 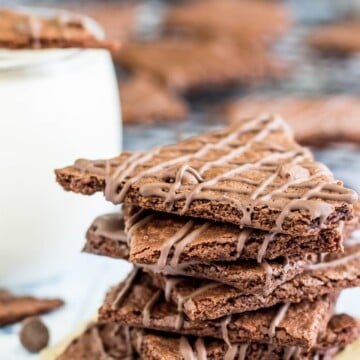