×
You are here: Home / Personal / August Crumbs
This post may contain affiliate links. As an Amazon Associate I earn from qualifying purchases. Please read my disclosure policy.

Hey again, it’s been much too long since I stopped by for a non-recipe post. 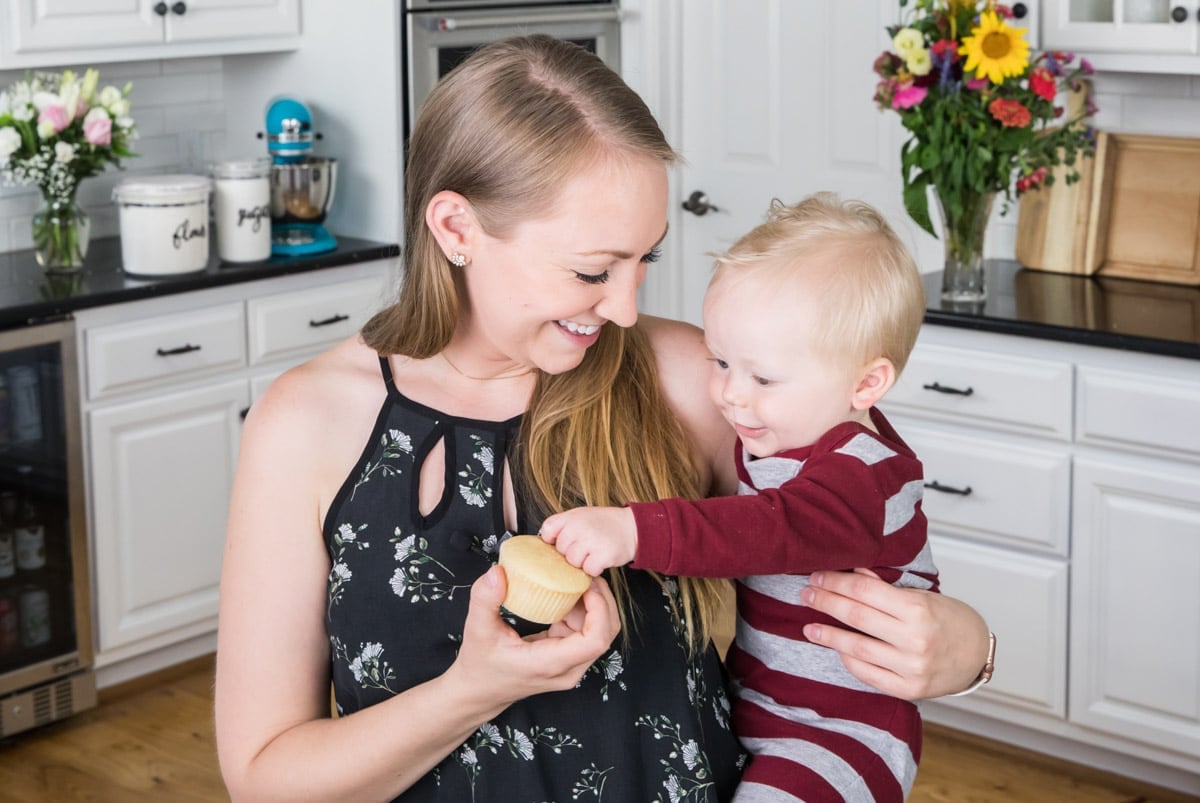 From the photo above you can tell he’s his mother’s child! I tried to get him to look at the camera but he had eyes for the cupcakes only (he does’t actually get any sweets yet!). And he’s  growing so fast. He’s crawling everywhere and I can tell walking isn’t far behind. He loves trucks and anything with a motor, he rolls his favorite truck back and forth on the hardwood floor and makes the motor noise… he makes me laugh so much.

I absolutely adore being his mother. I keep getting emotional over how quickly he’s growing up. Last night he just wouldn’t sleep and I held him and rocked him and even though I was so tired I was just trying to soak it all in. Because it was just a blink ago that my doctor was placing him on my chest for the first time ever and now suddenly here we are and he’s so BIG and SMART and he’s learning so much and look at that I’m getting emotional all over again. 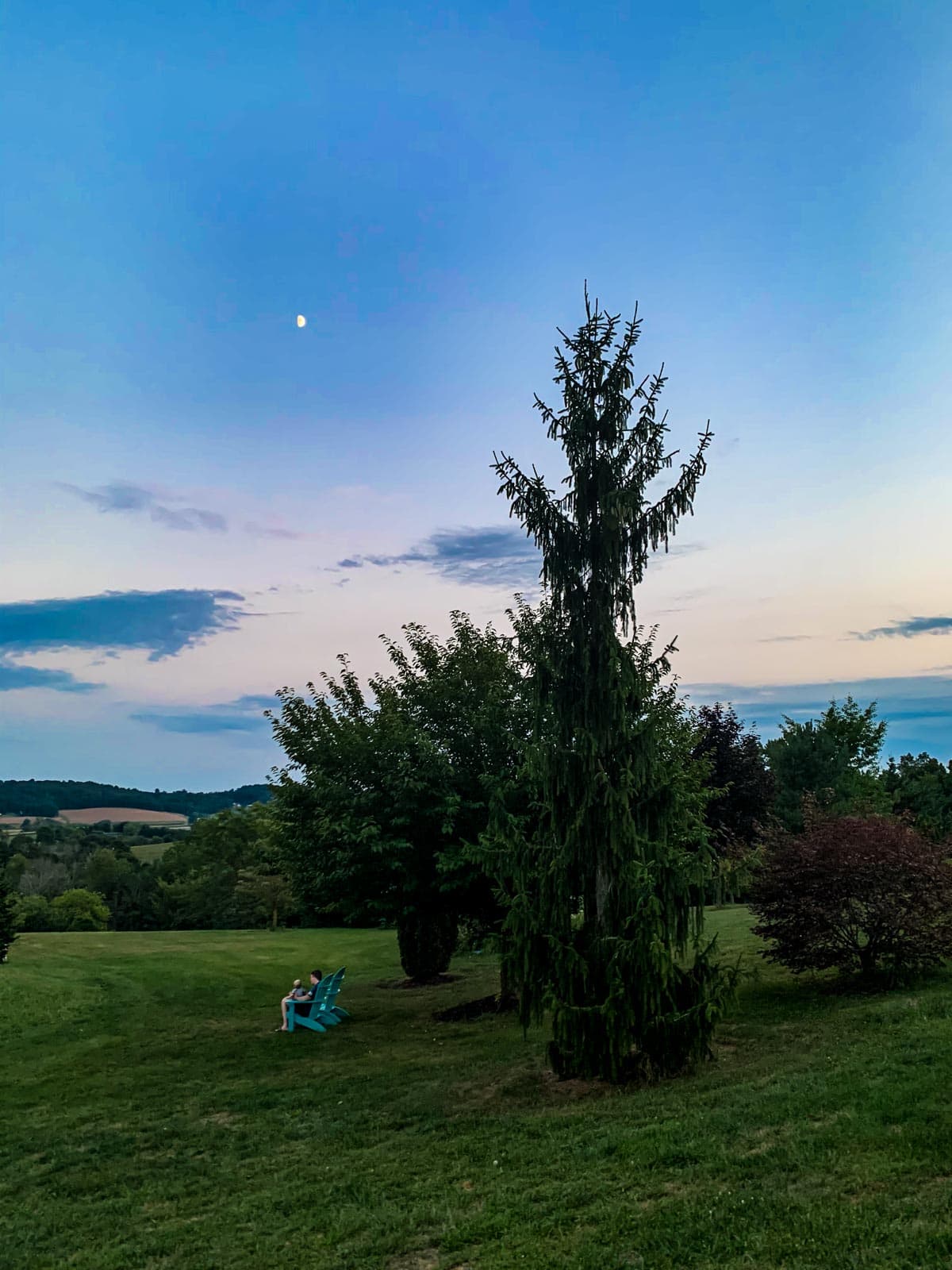 I don’t know if you can tell in this photo because it was dark when I took it, but he’s sitting in Zach’s lap in our backyard looking up at the moon. He just “discovered” it and was so curious about it. He’s discovering so many things for the first time (diesel trucks are his favorite) and it’s so neat to watch him. He makes life so much fun, and he’s been such a bright spot, especially this past month.

On the sadder of things, a lot of you who follow me on Instagram or on YouTube already know that I had to say a very abrupt, unexpected, and sorrowful goodbye to my sweet friend of 5 ½ years, Leia. It’s still difficult for me to talk about and Zach and I are still grieving the loss and the giant absence that is so strongly felt in our house. She was my constant companion and I wish desperately that we’d had more time together.

Luke loved Leia (and yes, they’re both named for my Star Wars obsession) and was always trying to get her attention by blowing raspberries at her or shrieking, I just wish he could have grown up with her. 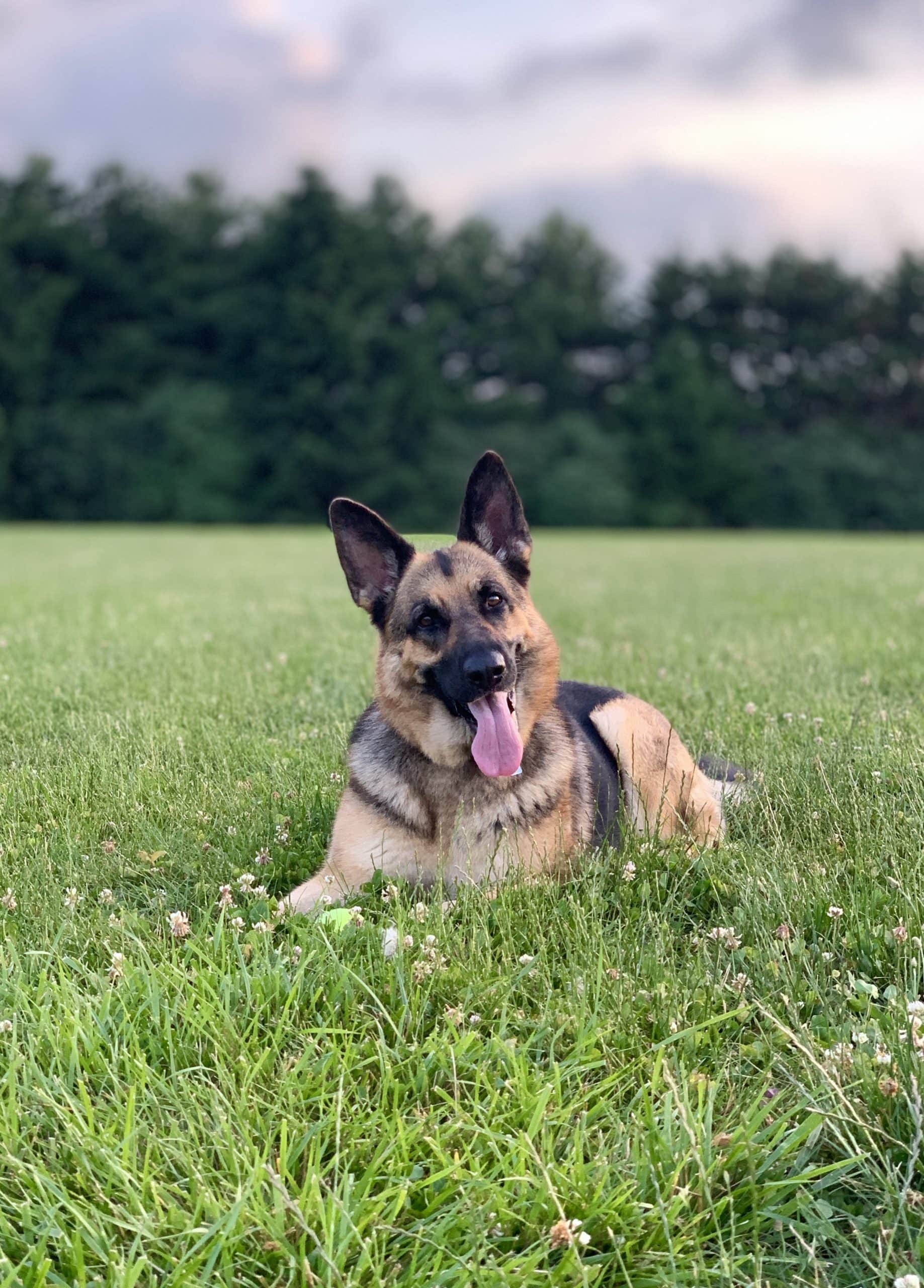 It’s hard for me to write about and I’m not going to say much more because I don’t want this to be a sad post, but I felt it would be wrong to not mention it, especially since so many of you recognize her from my Insta stories and other posts.

But let’s change the subject and talk recipes and work for a minute.

There has been so much recipe testing going on here recently. So much. The madeleine recipe that I just shared was probably tested over 50 times (no joke) and it took weeks to get the recipe just right. When I say I’m dedicated to sharing only the best tried and true recipes with you, I mean dedicated. 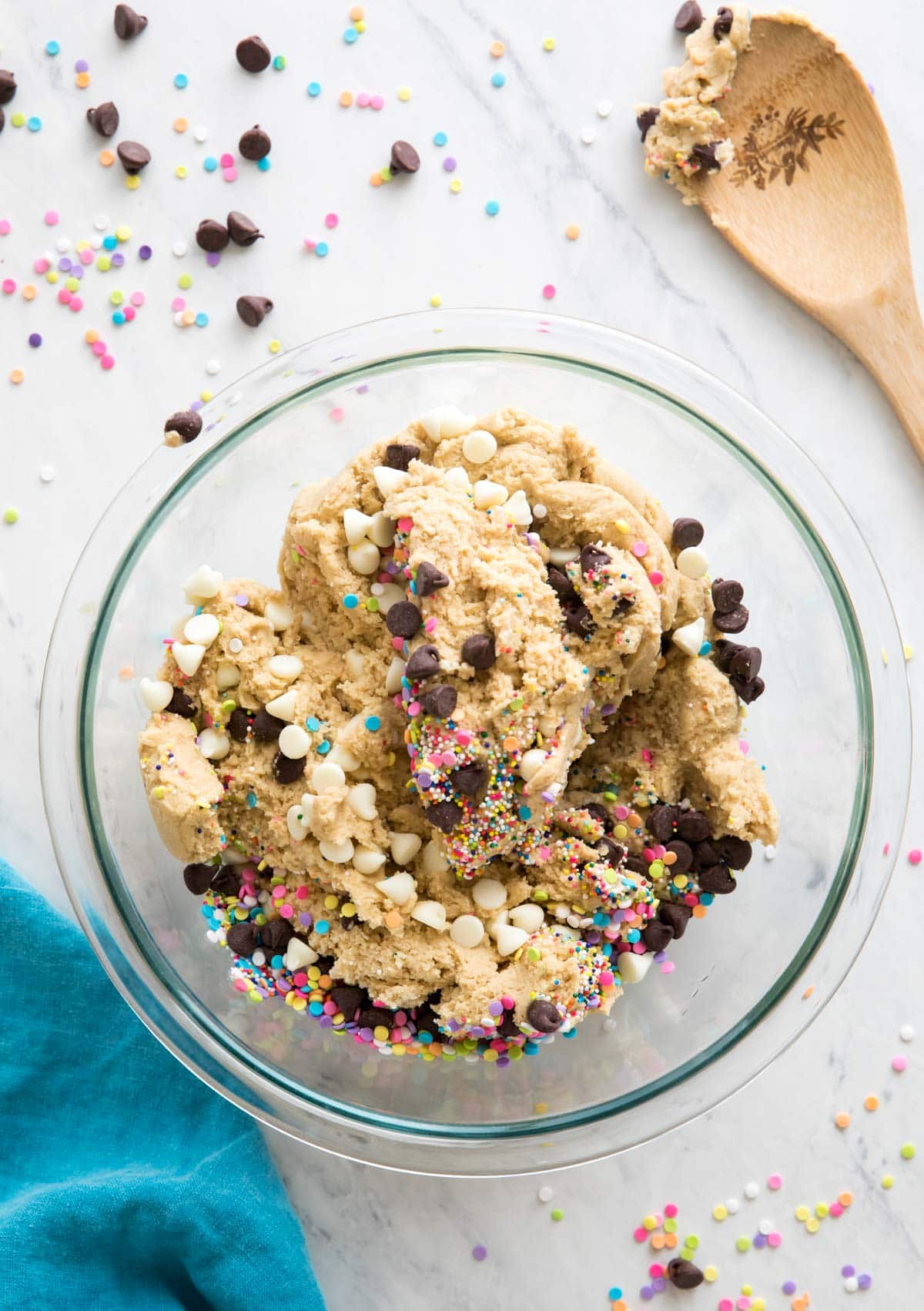 I mentioned in my last Crumbs post that my sisters were staying with me and helping with the blog. Well one sister went back to her job, but Casey has still been helping me in the kitchen.

She does all of the dishes and helps test all of the recipes (remember she and my mom are the only people I trust with initial testing!) and honestly I don’t even know what I’m going to do when she goes back to work. Between the two of us so much is getting done. We’ve tested, re-tested (and re-, re-, re-, re- re-tested) so many recipes that I’ve had on my list but never had the time or bandwidth to completely perfect, so I’m really excited about the recipes that I have to share with you over the next few months!

And selfishly dreading the day when she leaves me to go back to her job. 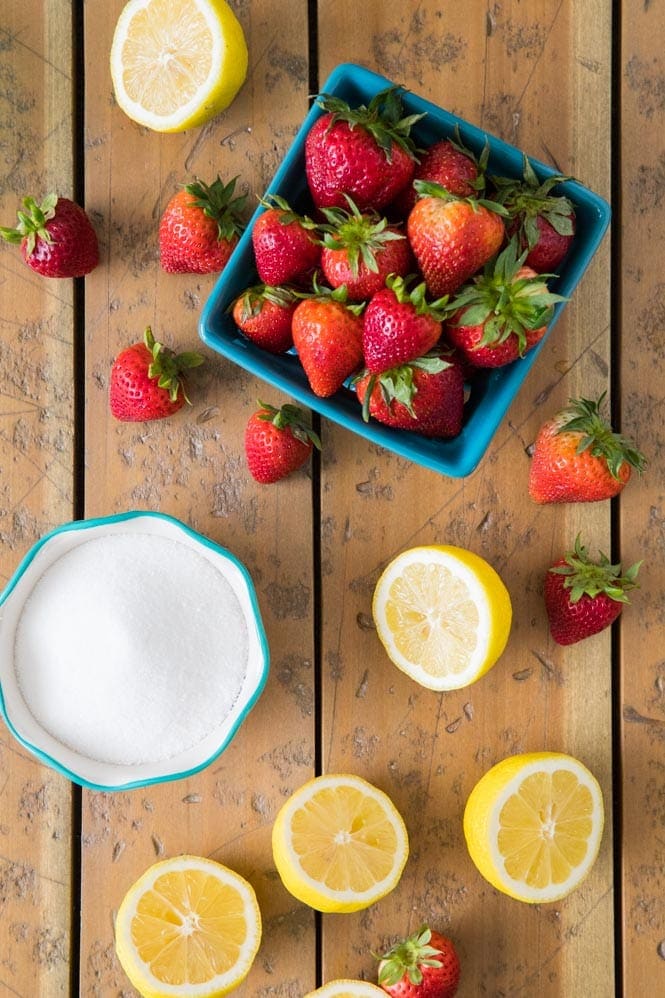 While I may already be baking way ahead of the season (we’re already working on recipes for Thanksgiving and Christmas here!) I do have a few favorite recipes that I love making during the summer:

If you have any other recipes you’d like to see here, let me know (and if they’re complicated ones, really let me know now while I have the extra help in the kitchen for testing! 😂)

As always, thank you so much for reading and for hanging out with me here and on my social media platforms (especially Instagram and my Facebook Baker’s Club, I spend a lot of time there!). It means more to me than you could know 💜 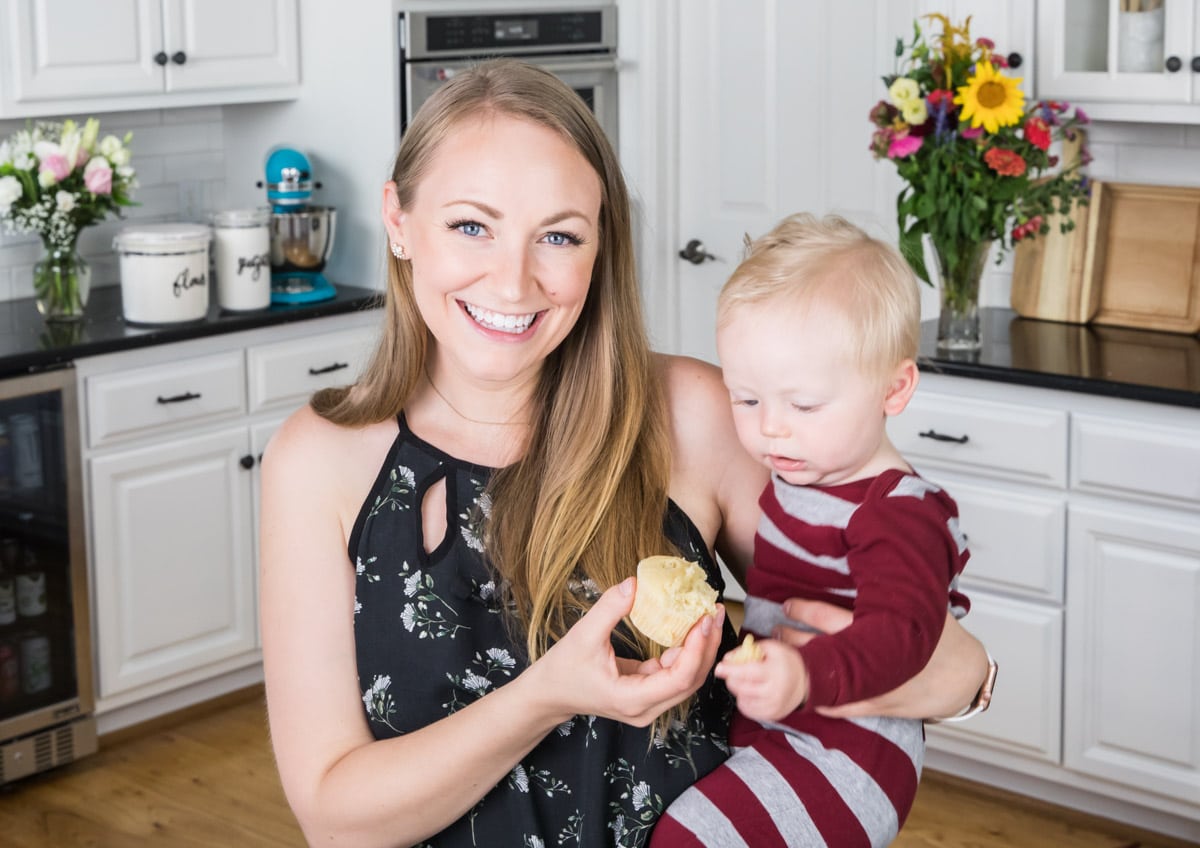