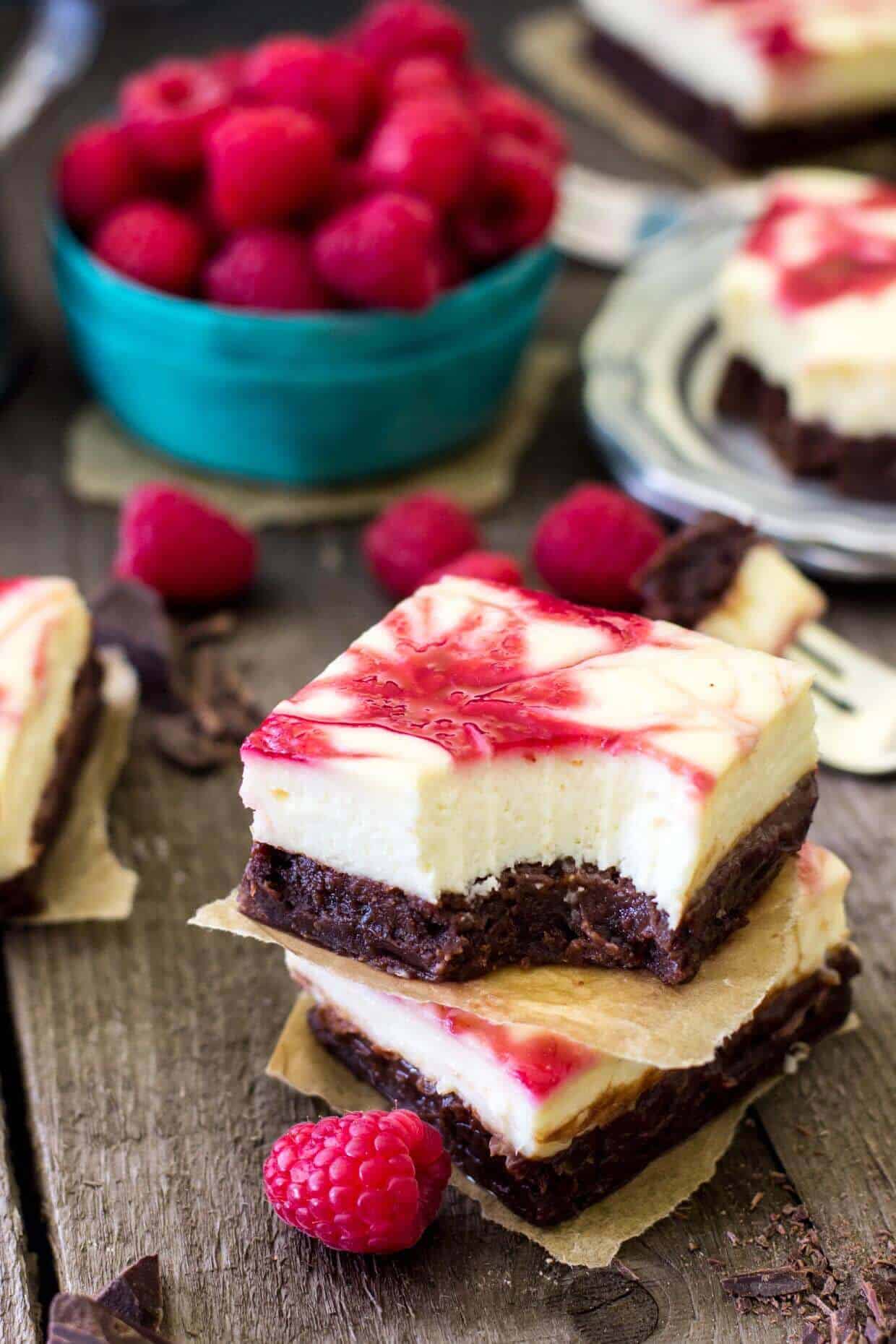 My parents’ property is a berry paradise.  There’s a mulberry tree that you can’t get within 15 feet of without staining your feet purple.  Teeny tiny strawberries grow in the dappled shade (I’ve never tried them because I’m a little suspicious that they’re actually some sort of miniature poison-variety strawberry), and their woods are bursting at the seams with prickly brambles dotted with plump blackberries and raspberries.

When I was a kid I tried to like the raspberries.  My sister and I would harvest them until our fingers were permanently pink, hoarding them in baskets alongside honeysuckle and a purple-topped aquarium full of pet caterpillars in the corner of our spaceship (AKA swingset) in preparation for our journey to the next galaxy.  However, when we dug into our rations I couldn’t get past the tiny, insufferable seeds, and the berries mostly rotted or were thrown out the window (what’s a good spaceship without missiles, anyway?). 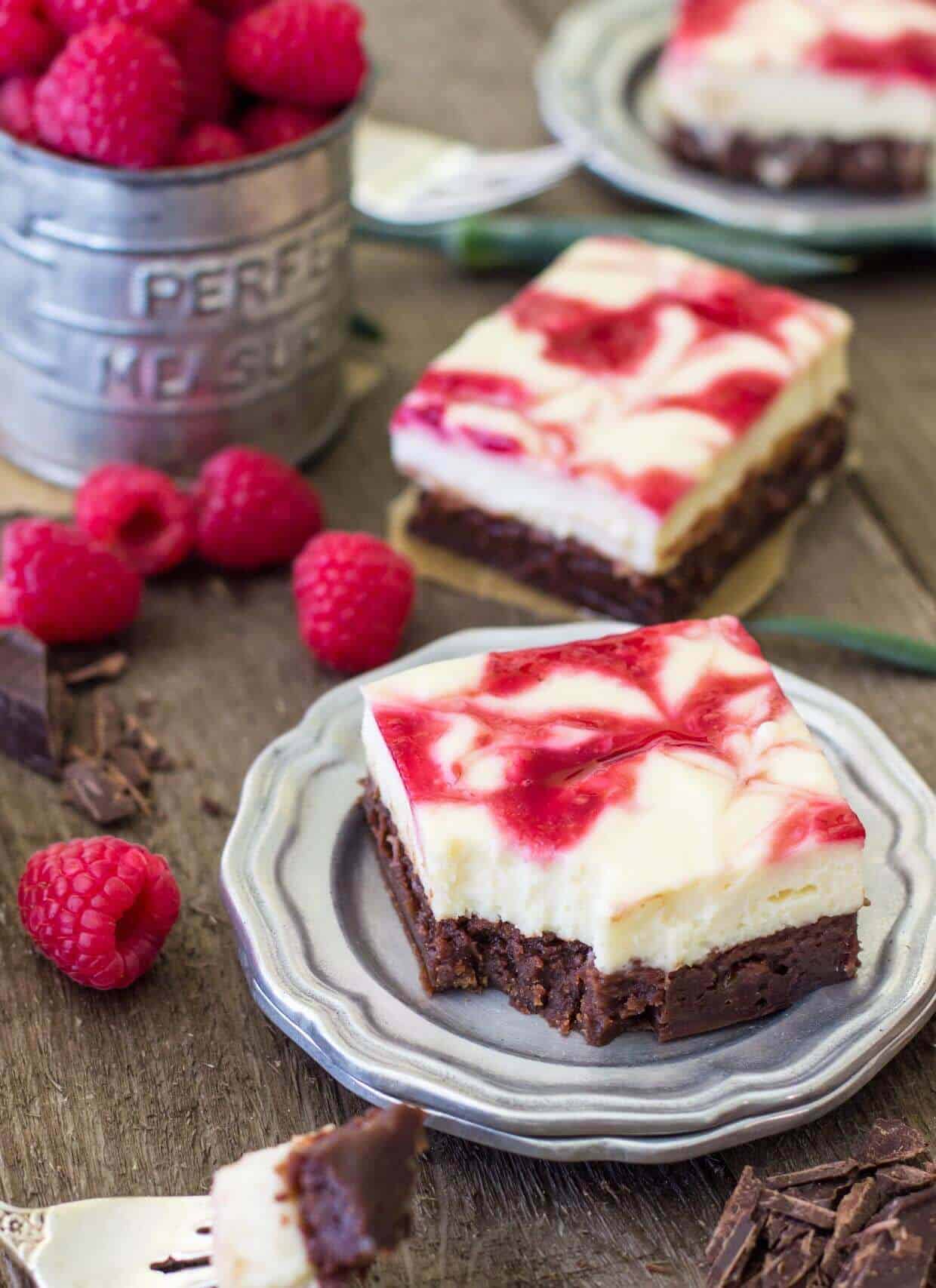 When I go to buy raspberries now, I always feel a pang of guilt in my stomach thinking back to how many dollars worth of berries were ungratefully chucked out of our swingset fort.  All because of a few seeds.  Seeds that I actually like now.

The things you take for granted as a child. 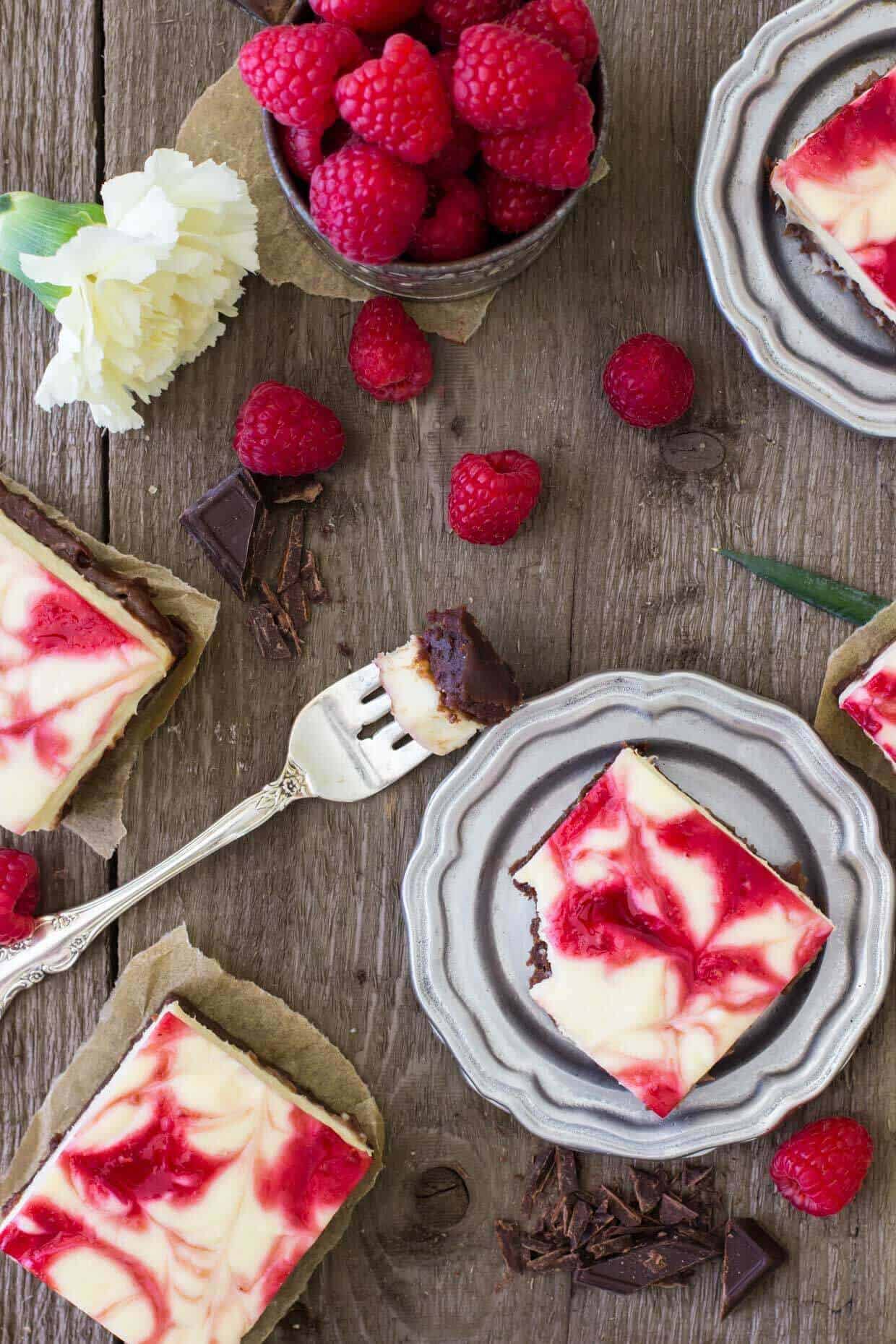 Besides, we have enough textures, flavors, and overall busy-ness going on that I felt the extra crunch of seeds would take away from the bars.  The raspberry not only looks absolutely gorgeous swirled on top, it adds the tart accent of ripe red fruit to the other two sweet layers.

For the brownie, I went straight to my all time favorite (I don’t call it the “best ever” for nothing) brownie recipe.  If you’re in a pinch or have a boxed brownie mix sitting in your pantry you can use that, just follow the instructions below, substituting one brownie batter for another.

The cheesecake is basic, easy, and classic, and I’ve used this base recipe over and over again on my site. It takes literally minutes to mix together, and bakes up perfectly every time. 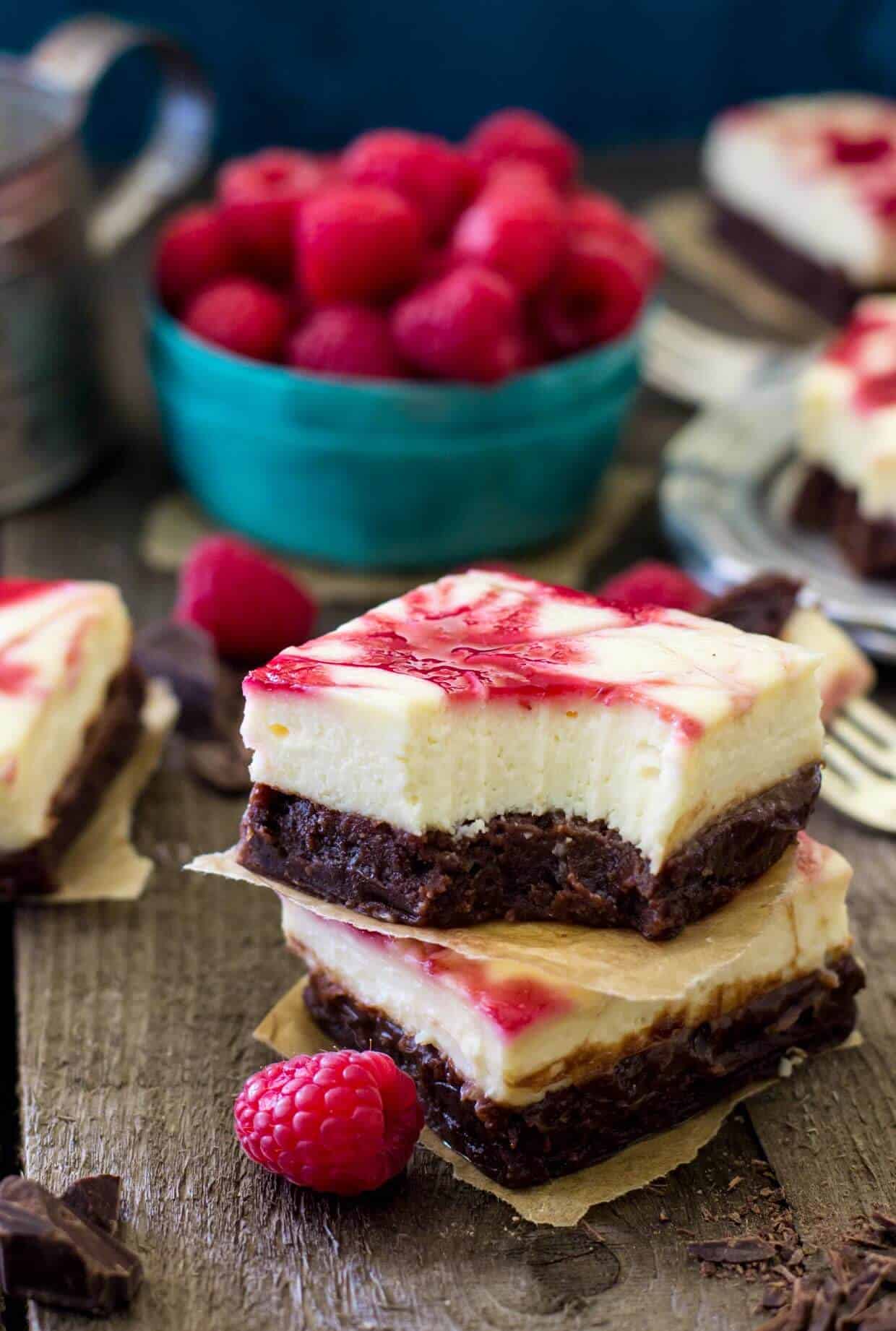 Enjoy (and don’t take your raspberries for granted)! 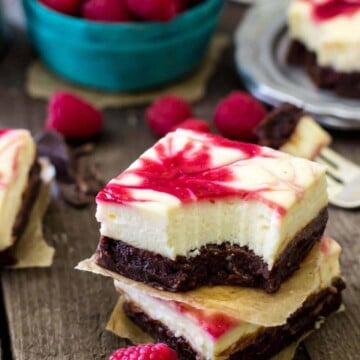 *Prepare the batter (without instant coffee) and then follow the instructions -- DO NOT bake according to the "Best Ever Brownie" instructions, follow these directions on this page instead.