Slightly crisped, perfectly marshmallow-y, gooey and exceedingly chocolatey s’mores cookies made with a graham cracker base.  These S’mores Cookies are the perfect way to get your s’mores fix without a campfire. 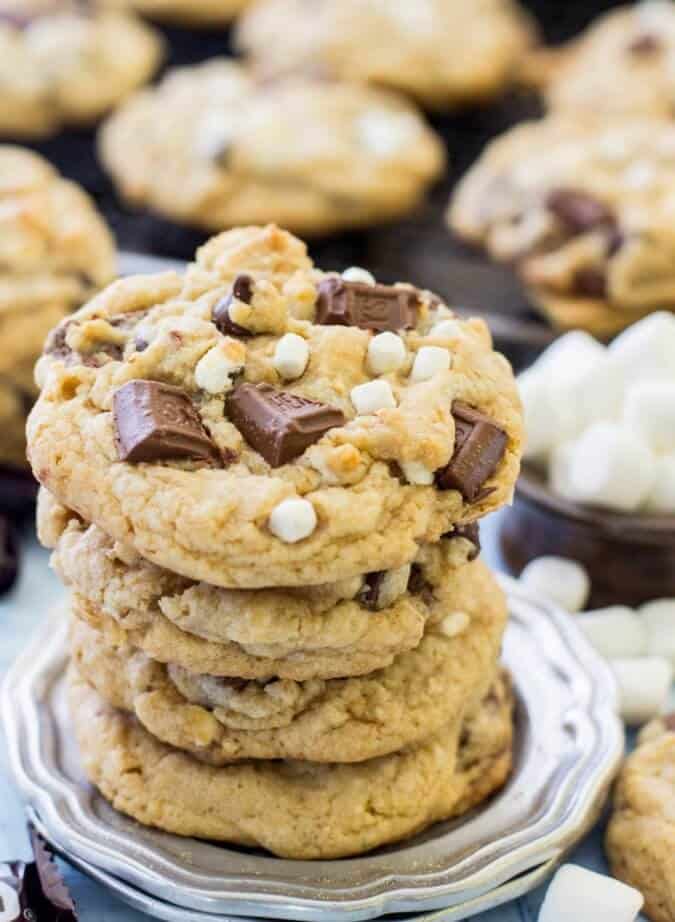 This post was originally published last year, but I wanted to update the photos.  One of the original photos can be found at the bottom of the post.  Text has been updated as well.

Somehow it’s already the last day of August.  I know that technically we have 22 more days of summer left, but it already feels like it’s over.  School’s started back up, my commute to work has slowed to a snail’s pace, and my kitchen counters are all dusted with a fine sprinkling of pumpkin spice as I’m testing out new Fall recipes.

I wanted to sneak in another summery recipe, though, before we bring out the pumpkin. 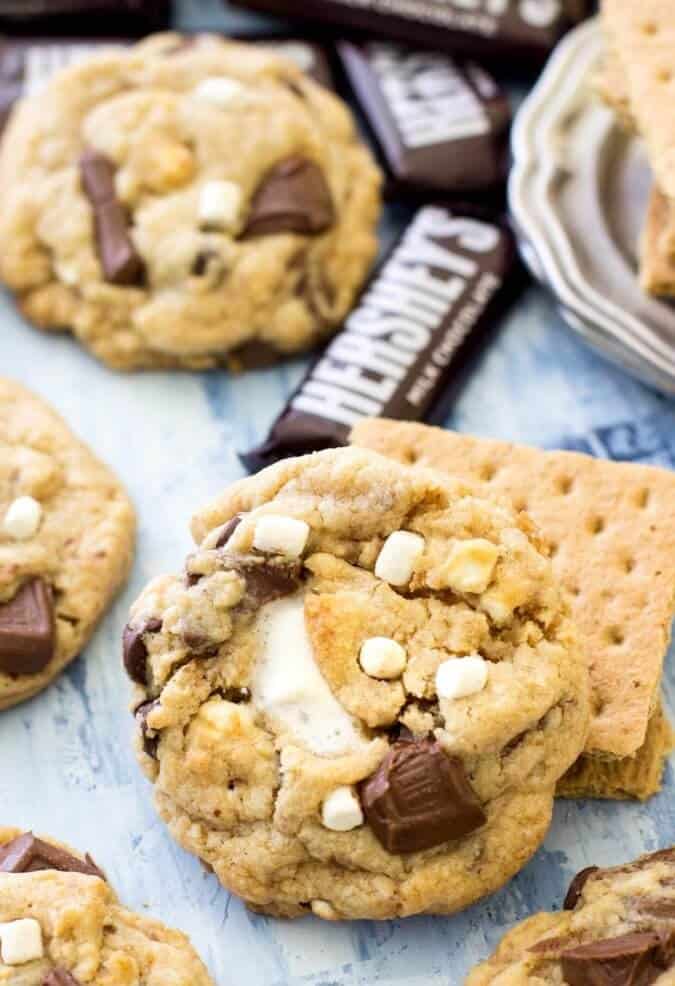 S’mores are, to me, the epitome of summertime snacking.  Some of my most treasured memories were formed on cool summer nights, seated on a straw bale around a bonfire, a sharply whittled stick plunged into a marshmallow and crackling over the flames.

This is despite the fact that I’m bad at roasting marshmallows.  I always aimed for that delicately browned, perfectly gooey specimen… and ultimately ended up with one that was scorched black on one side while still powdery and raw on the other.

So today we’re bringing the s’mores to the kitchen, smashing them into some cookie dough, and letting the oven take care of the marshmallow roasting. 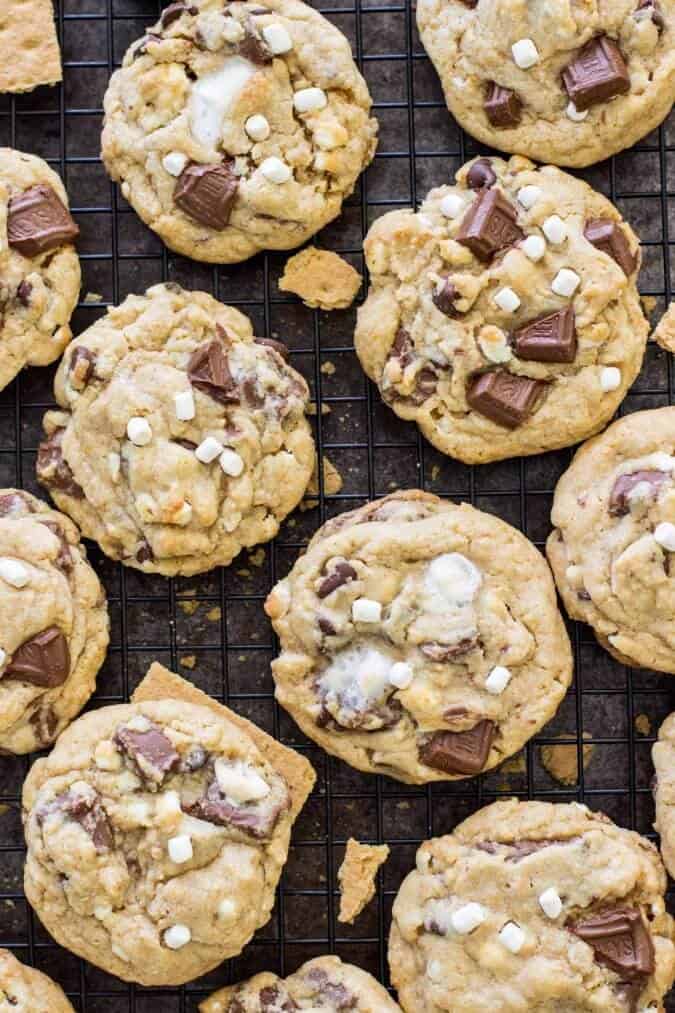 These cookies are a little… messy.  They have none of the elegance of, say, browned butter & bourbon cookies (but have you ever seen anyone eat a S’more with elegance?  Not possible for us mere mortals).  They are unapologetically take-me-as-I-am, self-righteous in their un-rounded corners and mines of half-melted chocolate that are eager to smudge your hands or the corners of your mouth (just like the real deal).

The marshmallows, though perfectly cooked, refuse to be contained in their graham cracker cookie base; they puff and melt on top themselves  in the oven, creating a perfectly baked but still deliciously gooey, soft center, while oozing out the sides for crisped, candied edges. 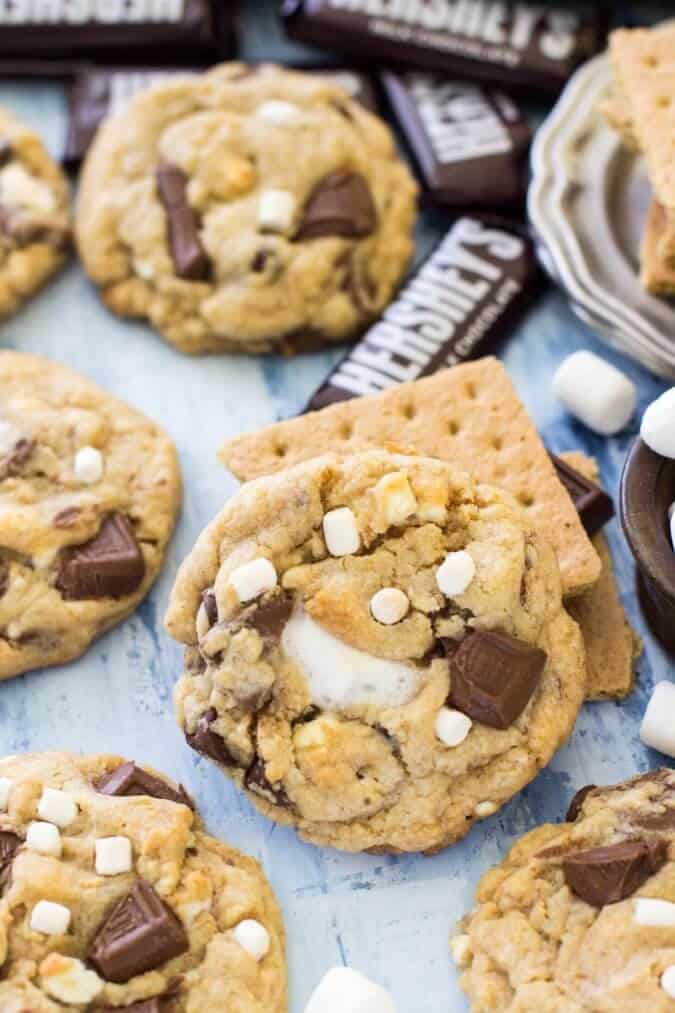 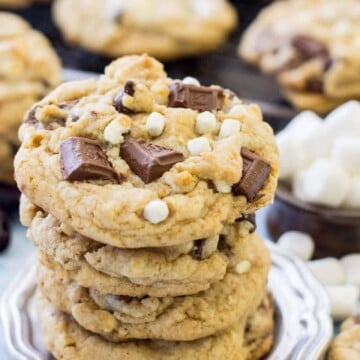 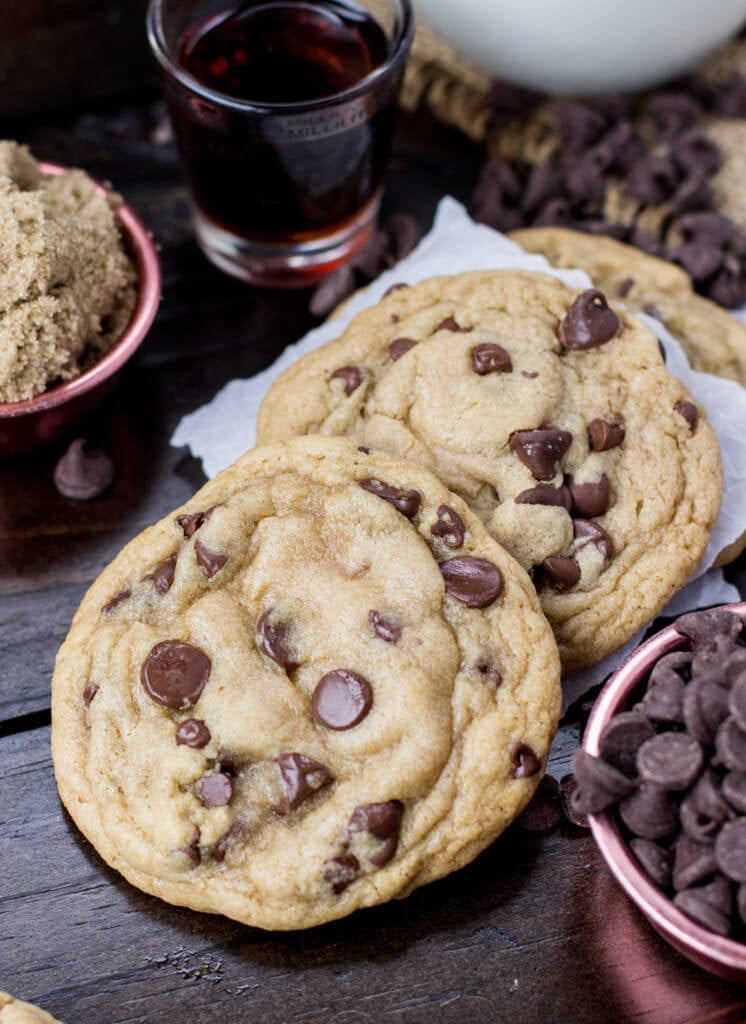 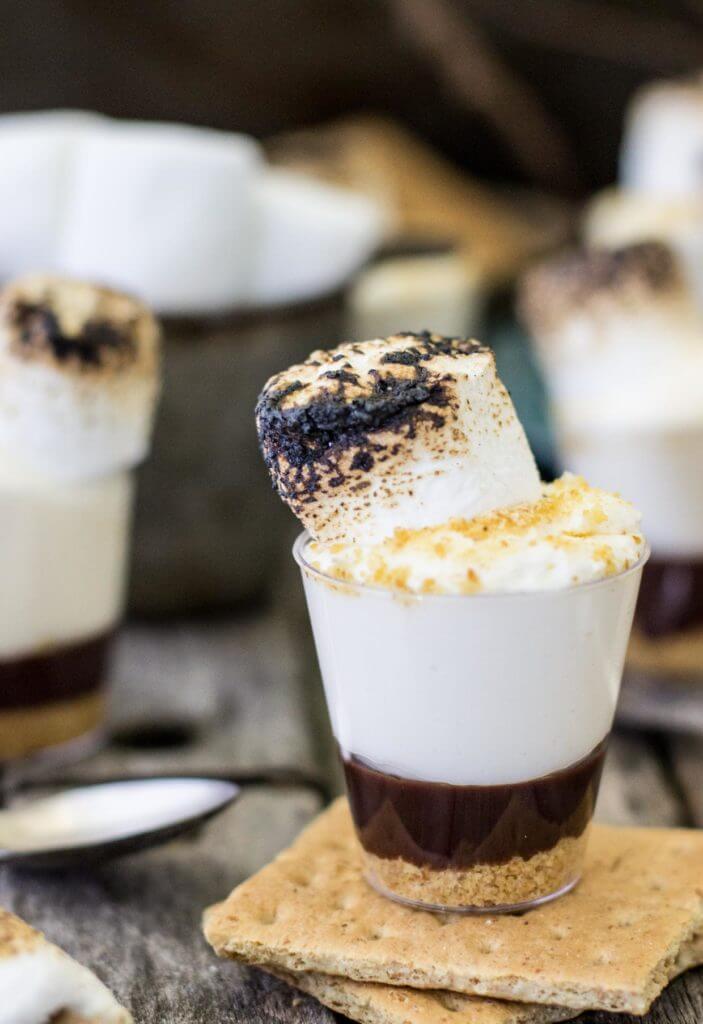 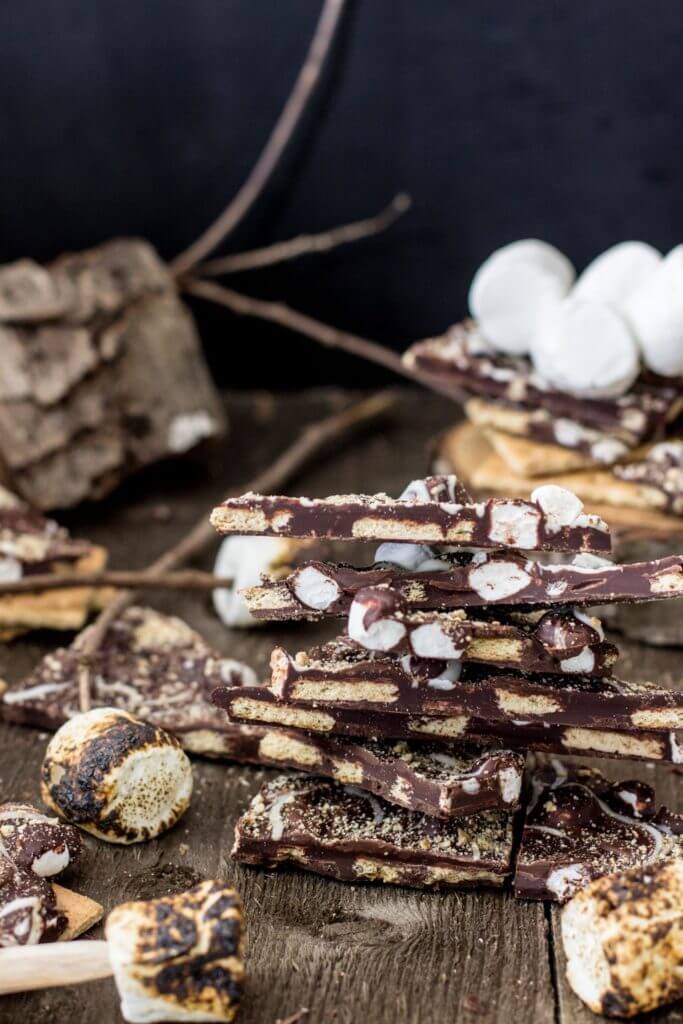 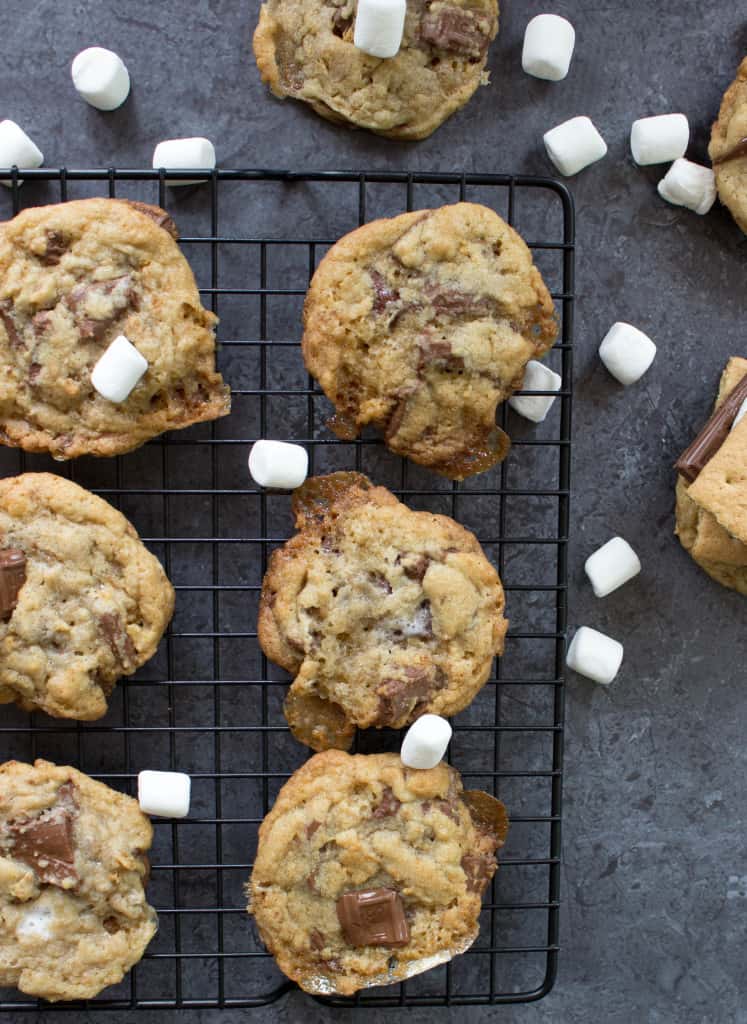