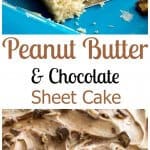 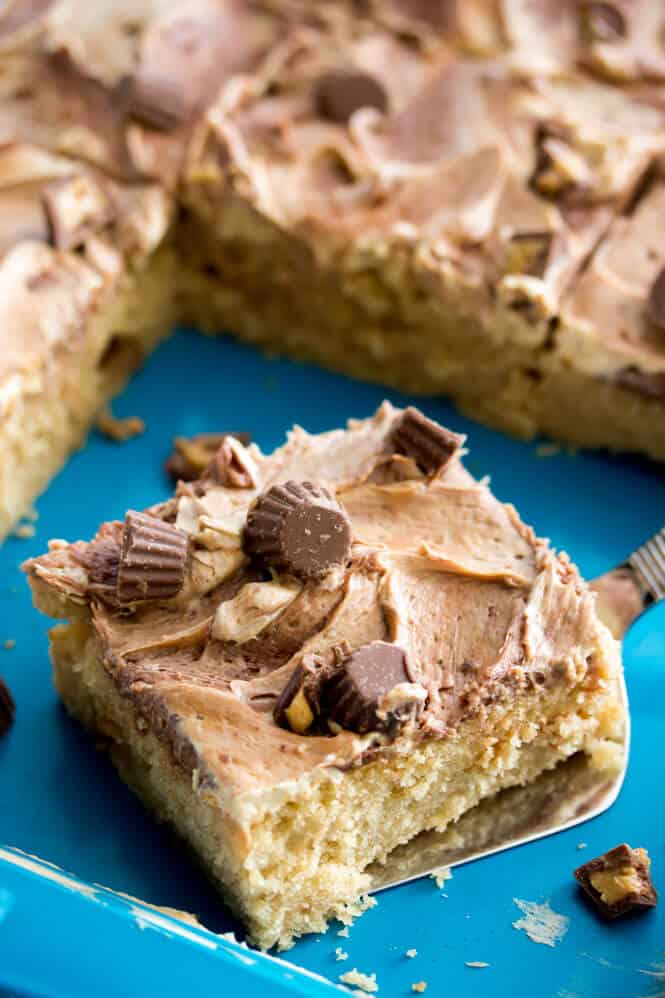 It’s been a while since I last shared a sheet cake.  In fact, in the past year & a half plus since I’ve been posting regularly, I’ve only shared one sheet cake, and if you read that post you’ll see that it actually gave me nightmares.

Not exactly a great track record.

And, not only did I have a tough time getting the recipe right, I was completely embarrassed by the terrible pictures that I took, and so I’ve hardly shared or promoted the recipe at all.

So, I had a lot of trepidation when I began developing the recipe for this peanut butter sheet cake. 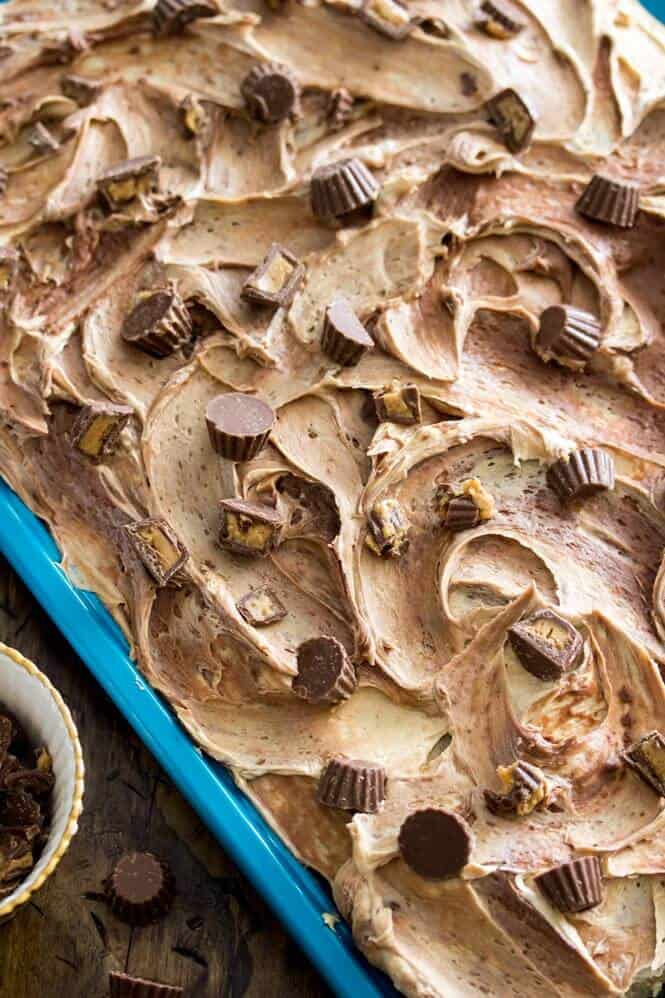 I ultimately ended up adapting this recipe for a classic peanut butter sheet cake from Taste of Home.  I made just a few edits (adding more brown sugar seems to be one of my favorite alterations) and it came out beautifully, light, slightly springy, and (perhaps most importantly to me) not at all dry.

While the cake wasn’t wholly mine, I feel like I did make a pretty significant contribution with the frosting. 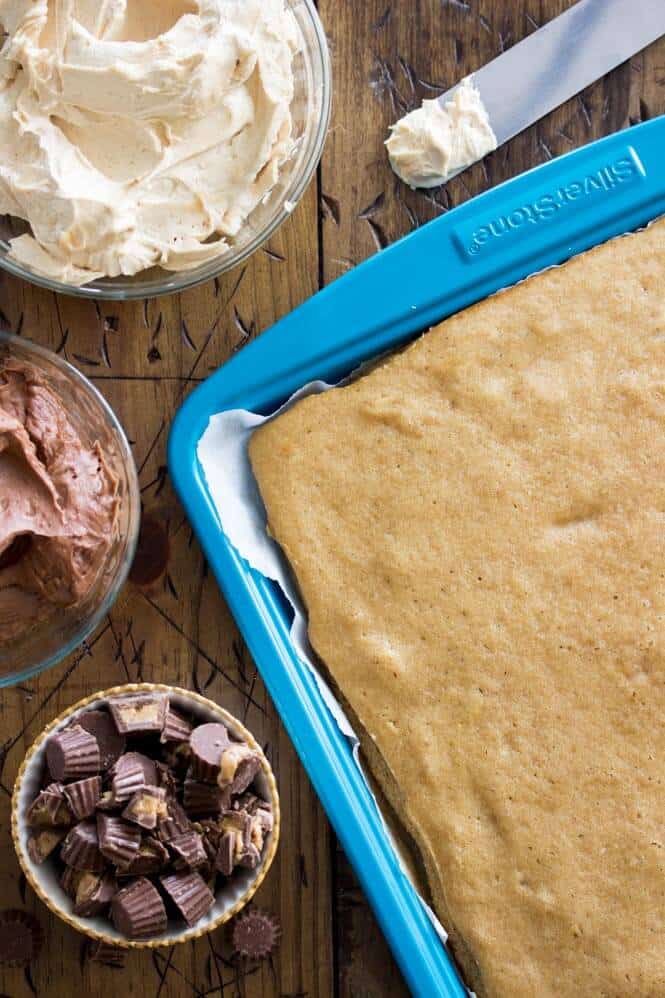 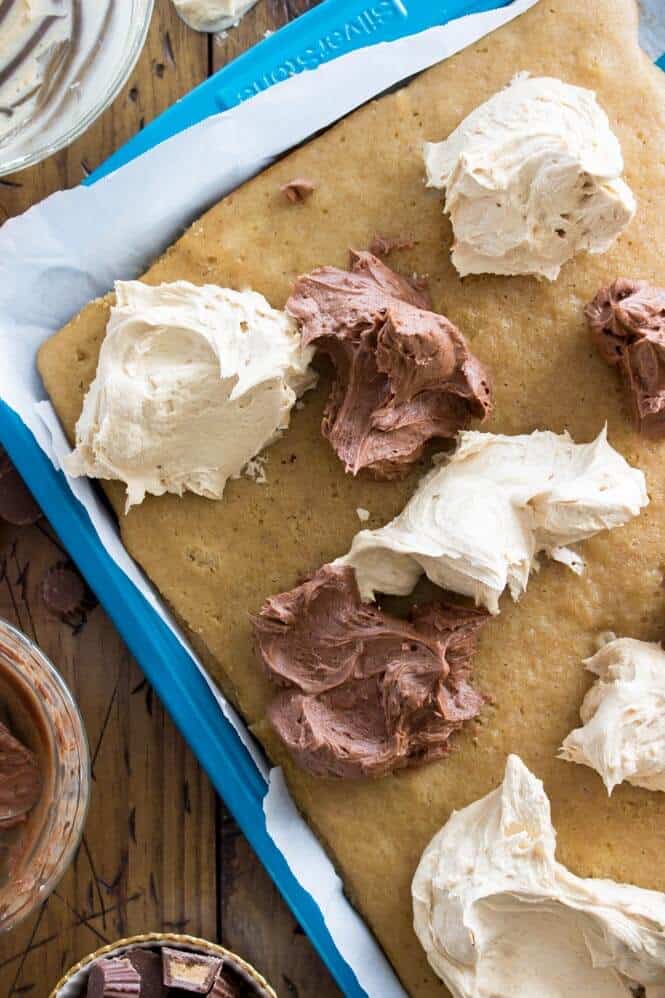 While this is a pretty simple recipe, it does require making two different flavors of frosting.

The frostings are going to be swirled anyway so it’s not a problem if you get a little peanut butter in your chocolate, and it saves a dish!

Because most buttercreams tend to seem a little too stiff and (believe it or not) too sugary for me, I made these frostings much lighter than your average buttercream.

Since the cake layer is so thin in itself, I didn’t want the icing to be overpowering.  There’s only a cup of powdered sugar in each flavor (as opposed to double that or more in a typical buttercream) and it’s whipped with heavy cream for an even lighter texture.

It balances the cake rather than overwhelming it, and complements it so you have a good distribution of chocolate peanut butter frosting and cake, rather than a sugary mouthful of frosting. 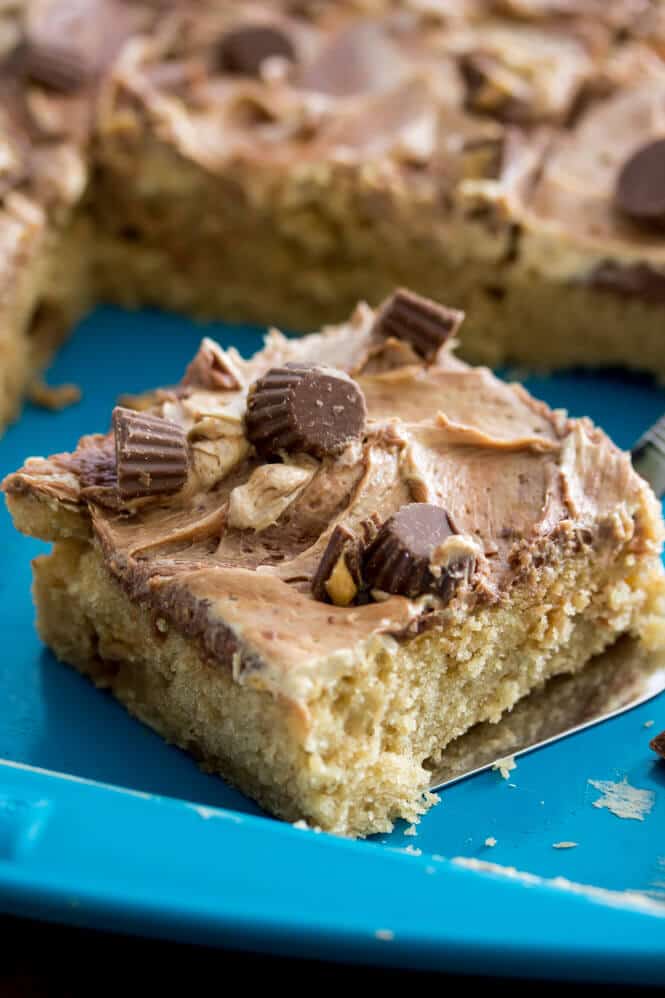 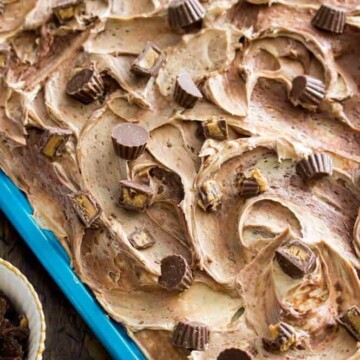 This post contains affiliate links, which means that if you purchase anything through these links I will get a small commission at no extra cost to you.  Please view the disclosure policy for more information.