Whoopie Pies made with dark chocolate cookies and a soft minted filling. 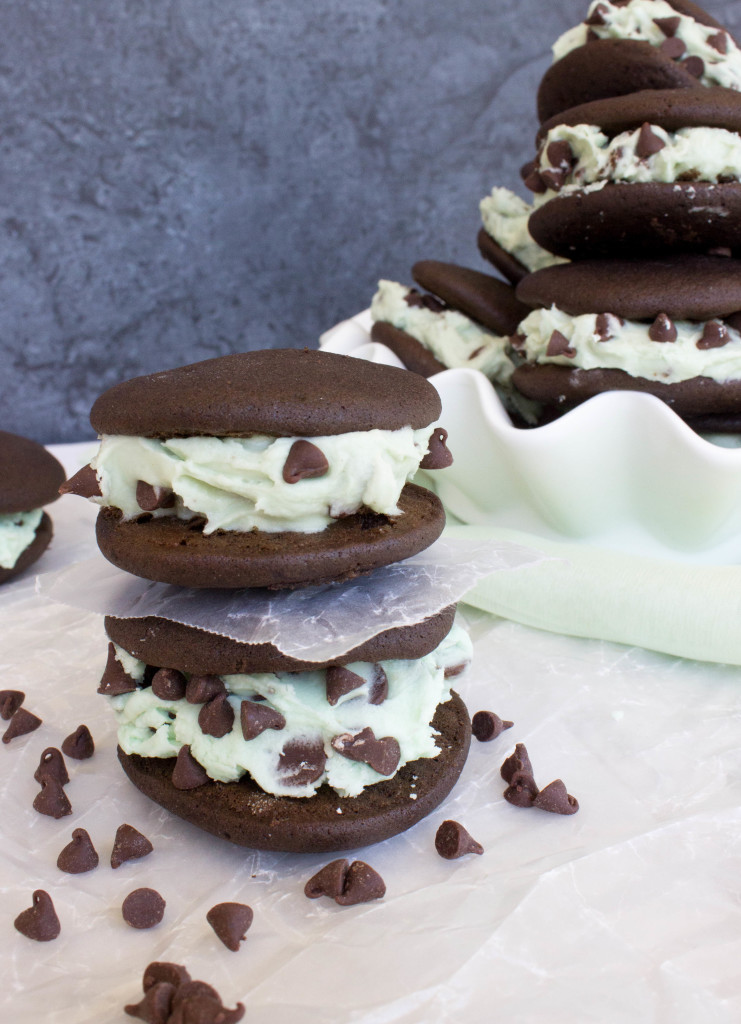 There were inflamed protests from my family when I announced what my current recipe conquest-in-progress was.

My family consists largely of strongly opinionated anti- mint/chocolate advocates.  I understand, I used to be one of them, but since marrying someone who loves the combination (thanks for making me try my first Thin Mint ever, Zach) I’ve definitely warmed to the flavor.

Whoopie Pies (or “Gobs”, as I’ve always known them to be called) are a very traditional dessert around here (we live not far at all from Amish Country) with a very classic taste to them.  To alter that taste was, evidently, blasphemous. 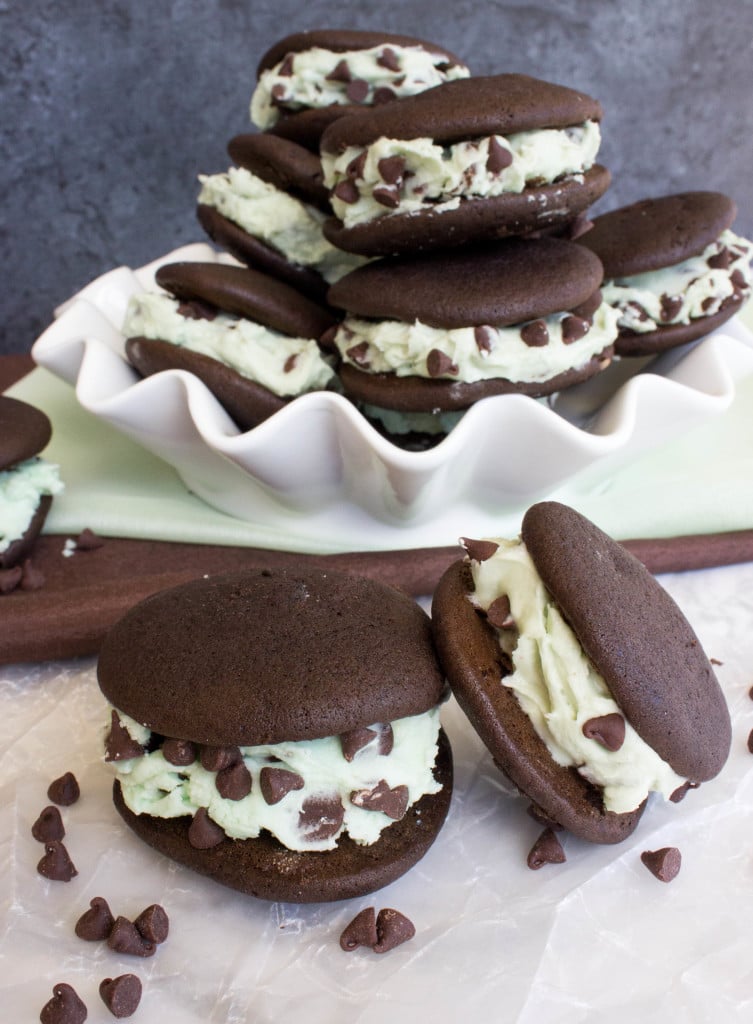 But I wanted to try something different.  I’ve been eating traditional gobs for years, easily putting away at least a neat half-dozen at any family event, and I have a scarcely opened bottle of peppermint extract that’s been rapping on the inside of my cabinet door, nagging me to find another use for it.

I started with a recipe that’s been in the family for a long time, but I decided on some key alterations.  The original recipe is fairly time-consuming and the original cookies have a very subtle, almost sour tang to them which would not have paired well with mint.  I tried to make the recipe a bit less time-consuming, and I wanted the cookies to be distinctly chocolaty.  Gobs are traditionally made with shortening and not butter, but I wanted something richer and darker, especially to complement the mint, and so butter was used here (though I did retain a portion of shortening in the filling). I also wanted a filling that was more like a buttercream than the cooked flour icing.

The alterations were a success (my family was conveniently away at the beach when I made them, so I wasn’t able to procure their opinions) but the cookies turned out soft but stable enough to sandwich a substantial amount of mint filling, the entire dessert is sweet but not too sweet (nor too minty), a perfectly complementary play of mint and chocolate.

Unfortunately, evidently, I struggle greatly with properly capturing the pale green color that I used for the filling on camera, so these Gobs will probably be re-made and re-shot at some point in the near future (a great excuse to make them again, at least). 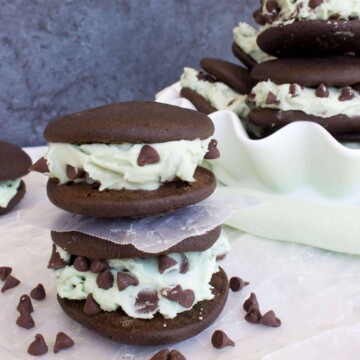