×
You are here: Home / Savory / Summer Corn Chowder
This post may contain affiliate links. As an Amazon Associate I earn from qualifying purchases. Please read my disclosure policy.
Jump to Recipe Jump to Video Print Recipe 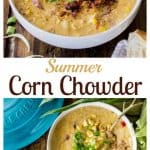 This simple Summer Corn Chowder is made with fresh-off-the-cob corn, bacon, smoked paprika and is the perfect summertime soup! This is a simple recipe that can be prepped and ready in under an hour and I’ve included plenty of tips including how to easily remove your corn from the cob and how to get that perfect hearty chowder texture! 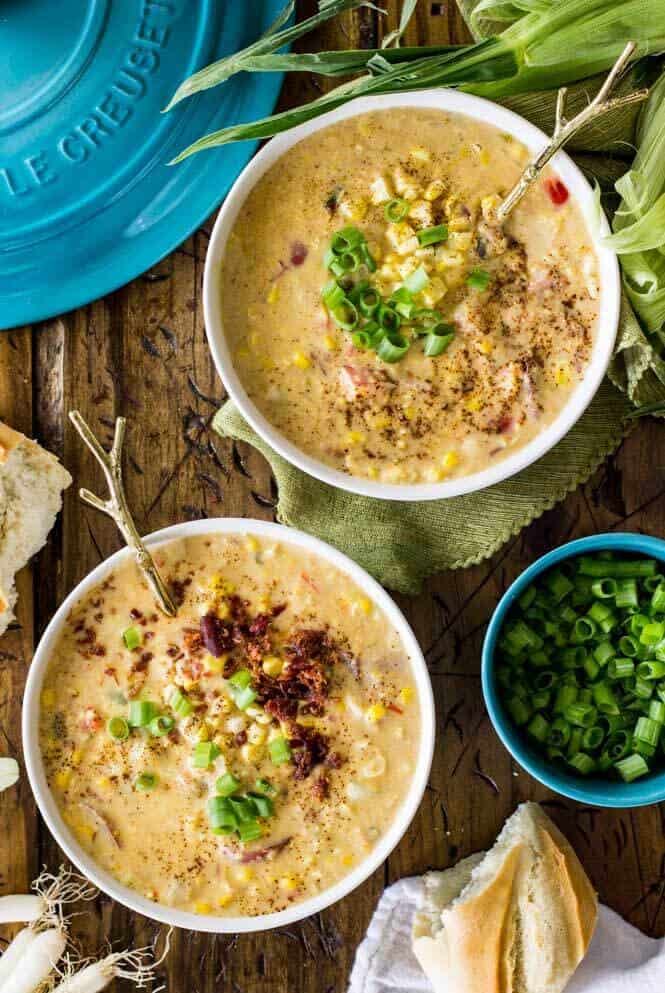 Before I get into all the details of today’s corn chowder recipe I have to say a huge THANK YOU to everyone who commented, e-mailed, or otherwise reached out after our big announcement yesterday! I’m so excited to finally be able to share our big news with you, and all of your kind words mean so much to me. I’m still working my way through all of your messages!

With that said (💜), let’s jump right into today’s corn chowder recipe. This is actually an older recipe of mine that needed a refresh (and a video!). Made with sweet summer corn, cooked in a bit of bacon (for the best flavor), it’s hearty and thick, but also light enough to enjoy during even the hottest summer days.

Right now is the best time to find sweet corn at your local farmer’s market or produce stand (or maybe you even grew some yourself??), so grab yourself a few ears and let’s get to the best corn chowder of your life. 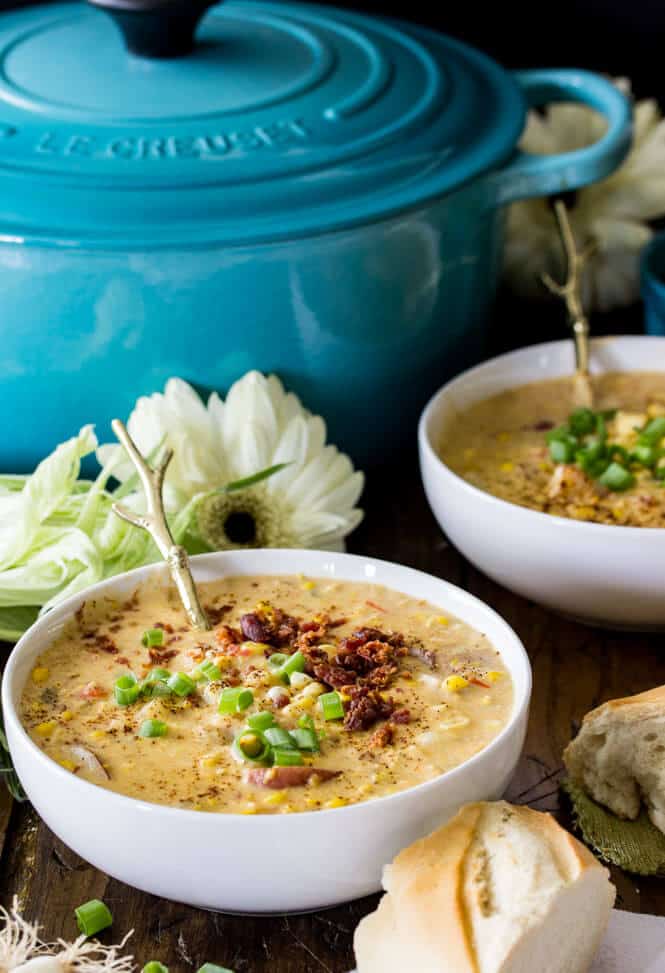 What is Corn Chowder Made of?

Can I Use Frozen Corn?

Yes, you can use frozen corn, but I say this hesitantly. Honestly, fresh is always better. Corn is the key ingredient in this corn chowder, so the better quality that you use the better your soup will be. 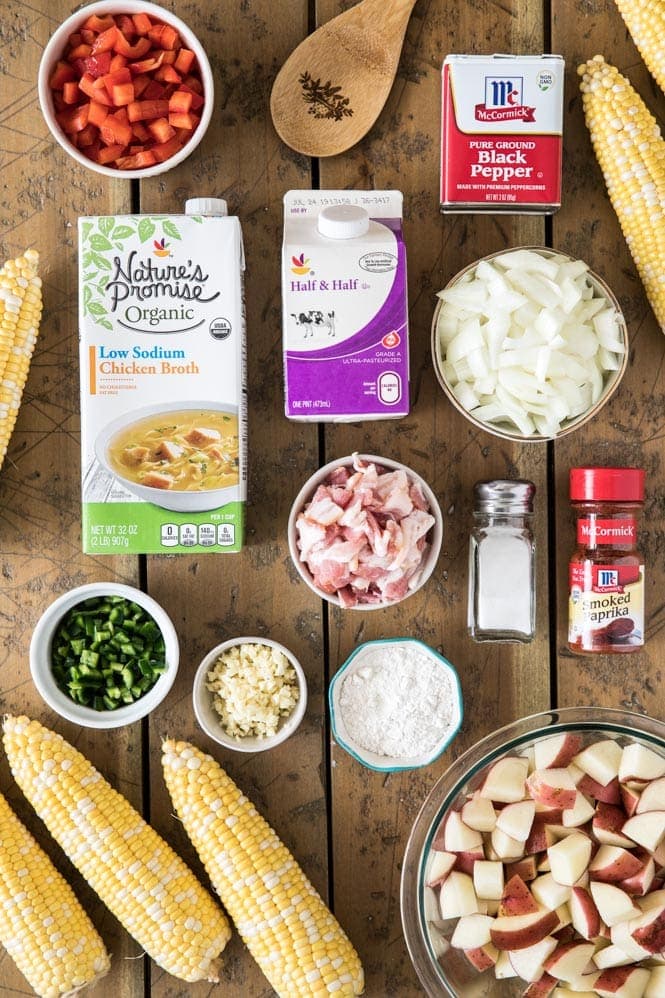 The Easiest Way to Get that Corn off the Cob!

Ultimately, as long as you get that corn off of the cob and into your corn chowder, it doesn’t really matter how you do it. However, after years of making a mess of my kitchen, I did find a corn-cutting technique that worked really well for me.

It calls for a bundt pan (though a tube pan would also work), of all things. Place your corn cob into the center hole of the bundt pan and grab a large sharp knife. Slice down the corn cob (staying as close as you can to the cob so you get all of the juices and flavor!). All of the corn and juice will fall off of the cob and be collected neatly in your bundt pan! I demonstrate this technique in my corn chowder video that I’m sharing today. 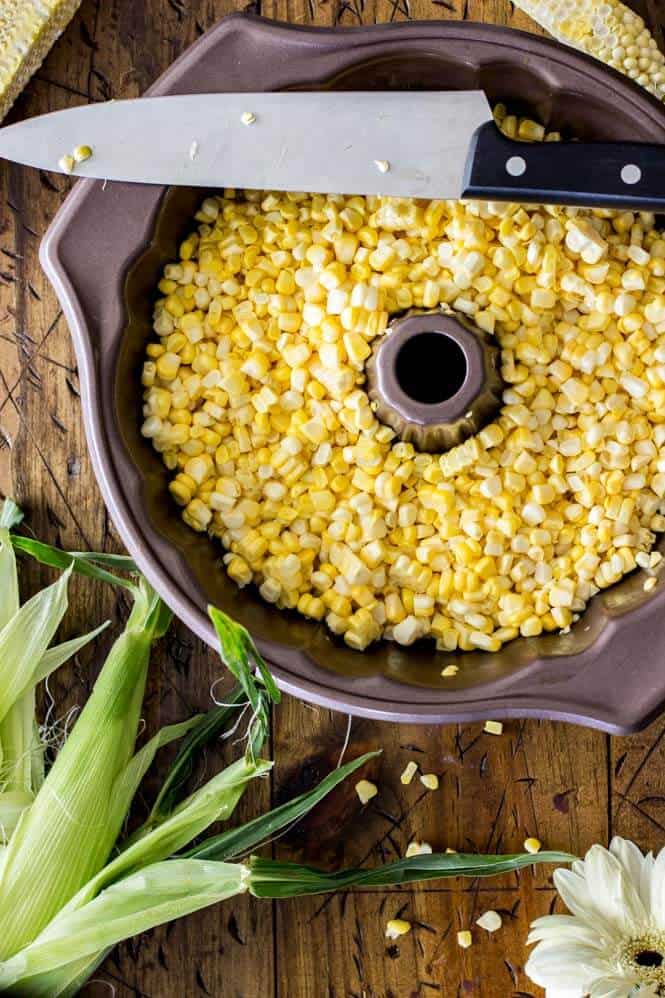 How to Make Corn Chowder

Blending or pureeing the soup is critical to the thick, hearty, creamy texture of this corn chowder. If you’ve made my popular potato soup before, you might recognize this technique from that recipe. It’s a game changer when it comes to chowders or hearty soups! 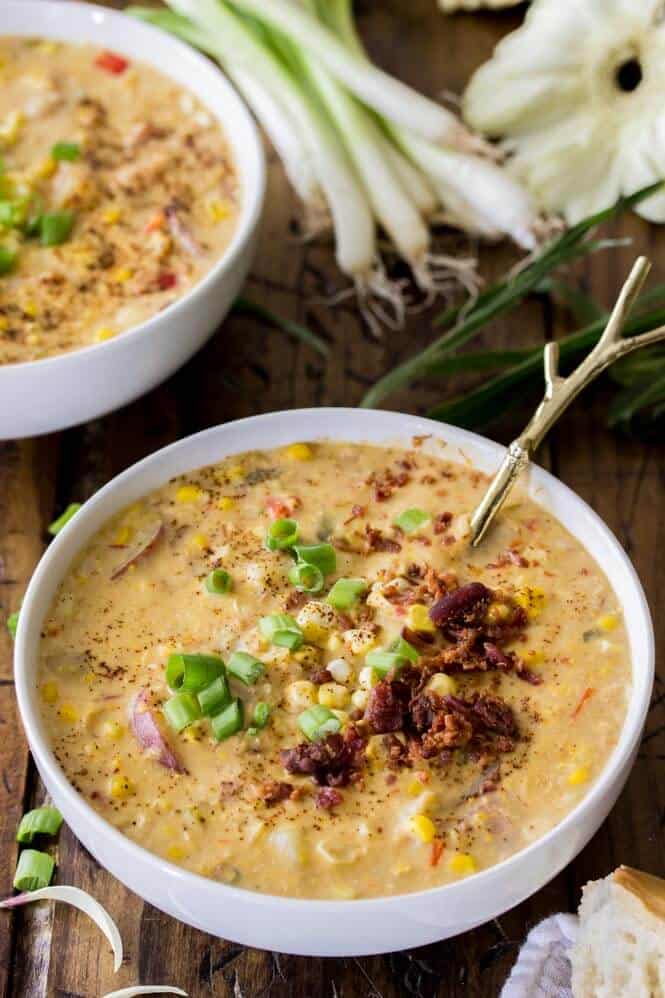 Let’s cook together! Be sure to check out my video at the bottom of the recipe where I’ll show you exactly how I make this Summer Corn Chowder in my own kitchen! If you enjoy watching, make sure to subscribe to my YouTube channel where I’ve already uploaded over 150 recipe videos that you can watch for free! 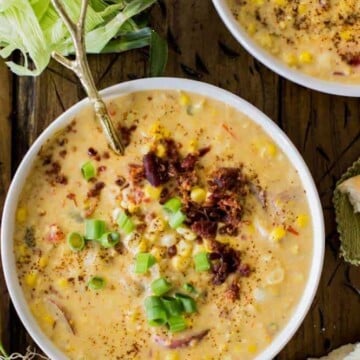 ¹I do not peel my potatoes. Instead of Red potatoes, Yukon Gold or Russet also work. 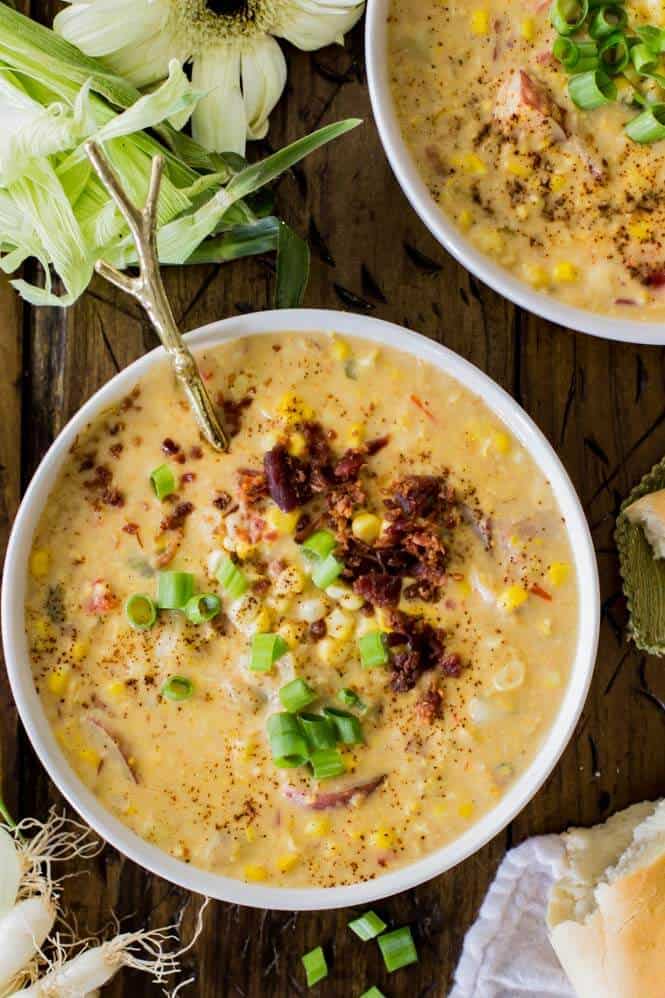