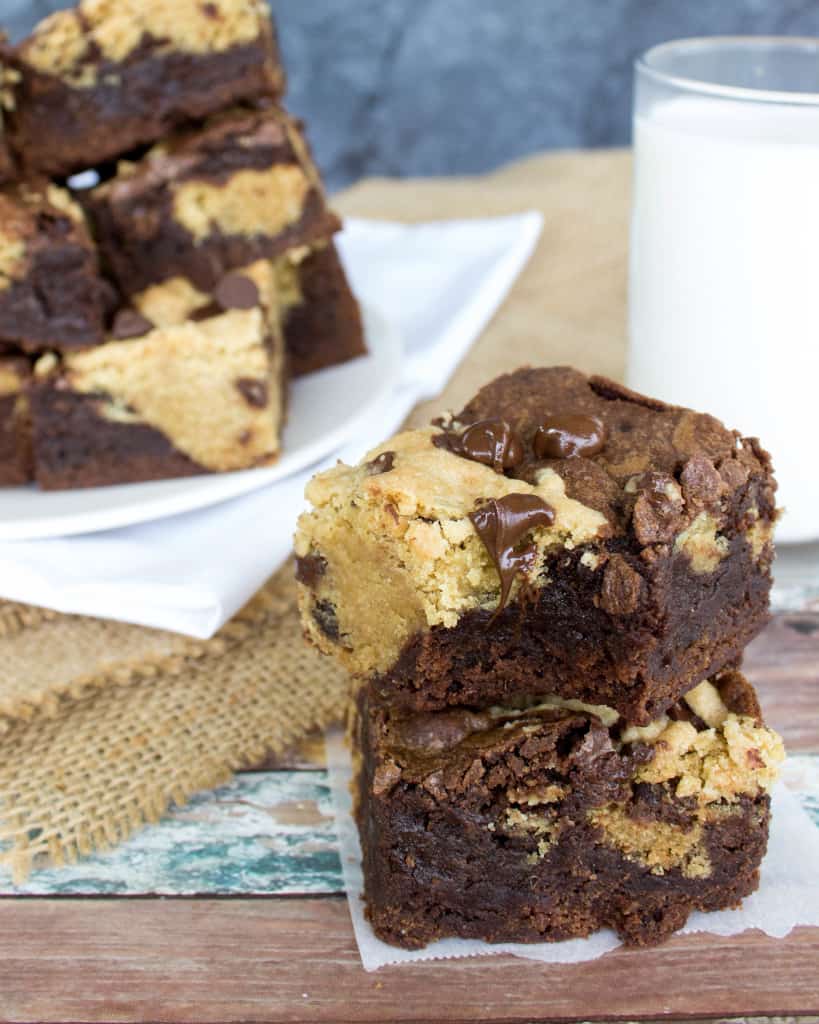 “Go ahead, have some.” my mother said to my six or seven-year old self, tilting her head towards a sloppy pyramid of chopped chocolate.  I’d been hovering, lurking, scavenging for scraps as she baked, and my eyes had locked like twin tractor beams on the mound of fragrant chocolate beside the hand-mixer.

“Sure, here.”  she broke me off a small piece and handed it over, smiling.

That should have been my first clue.  As a child, I was always dancing around the mixing bowl, begging to lick the beaters or sample the dough or trying to sneak a stray chocolate chip, and never were ingredients (or any treat that hadn’t fully cooled yet) handed over easily.

But now, I was being given a chunk of chocolate, just like that.  It smelled heavenly.  It was a miracle.

It was a trap.

It was, of course, bitter unsweetened baker’s chocolate and I tasted only a nibble before running over to the trash can to retch.

My mom laughed.  I spat.  I didn’t bother her for samples again for at least a week. 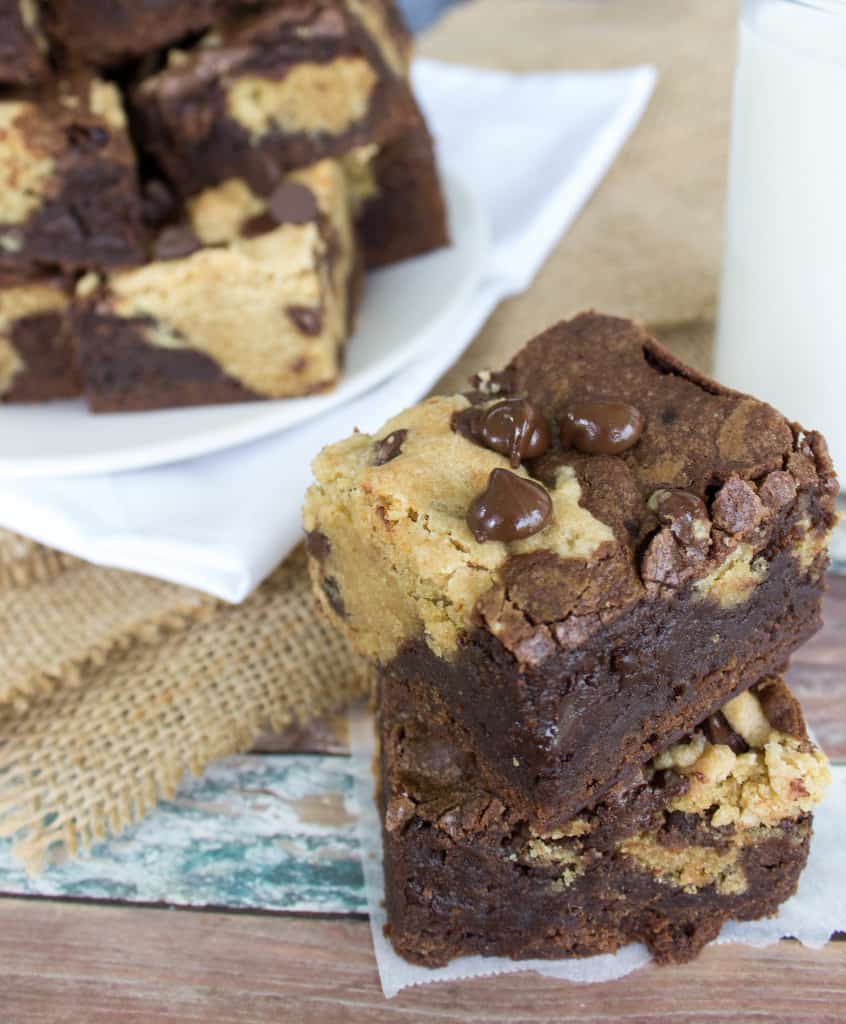 Unsweetened chocolate, I’ve learned, while not a tasty treat in and of itself alone, is a key component for the most delectable, fudgy brownie possible (especially when used in conjunction with cocoa powder).  For the longest time I always made brownies without unsweetened chocolate, my favorite recipe being the one on the back of the Tollhouse cocoa container that used only cocoa powder.

While the Tollhouse brownies are delicious, I wanted my own creation to be something far more decadent, something obscenely fudgy, salaciously chocolatey.  I also wanted the cookie portion of these bars to have a bit of a crispness to them (as a good cookie should), and I felt that for the best texture it would be ideal if the brownie counterpart was exceedingly soft and moist.

Unsweetened chocolate (in addition to the perfect balance of other ingredients including particular fat ratios and additional egg yolks) made this possible.

Before this recipe, brownies from scratch, like cakes, often underwhelmed me when compared to the kind I’ve tasted from a box (a co-worker brought in Ghirardelli box brownies once and I thought I was ruined for life).

These brownies, however, will rival any box mix and come out on top, and once paired with the cookie bar portion there is simply no competition. 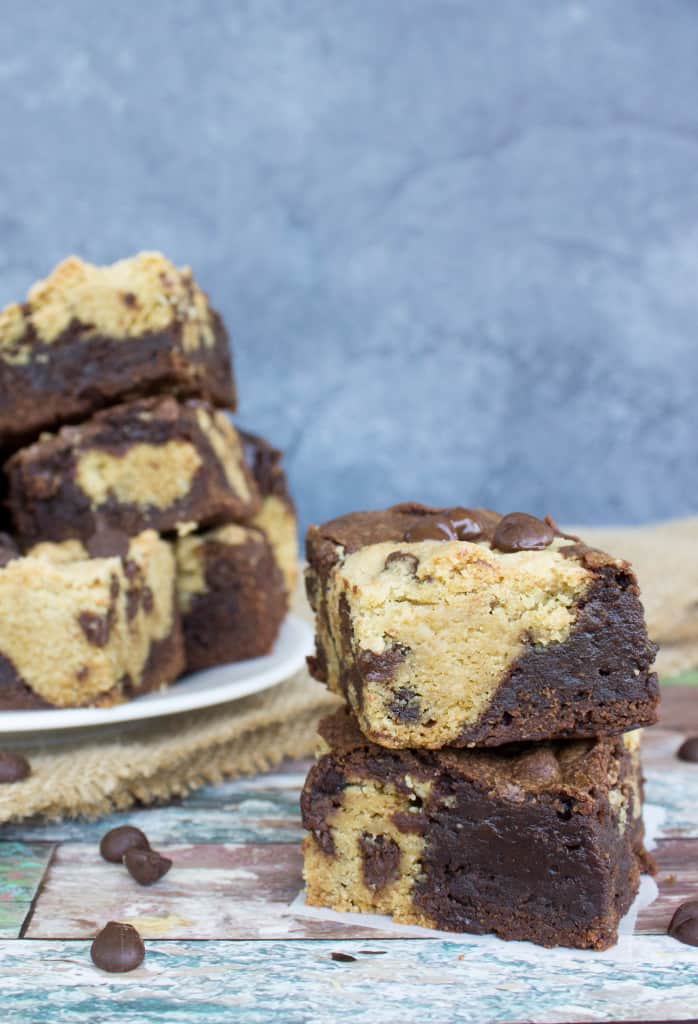 Rich, chocolatey and fun when coupled with a generous smattering of cookie dough, these cookie brownie bars are nothing shy of irresistible.  I might have had one this morning for (what I wish I could say was) the most hedonistic breakfast of my life.

Just a note, if you eat them before they’ve fully cooled you might find they have a slightly bitter taste to them due to the still-melting flecks of unsweetened chocolate.  Allow them to set and cool and you’ll find yourself greatly rewarded with sweet, fudgy brownies.

Note: I recently published a recipe for Brookies that is very similar to this, only slightly easier to make. Both recipes are good and you can’t go wrong either way, though. 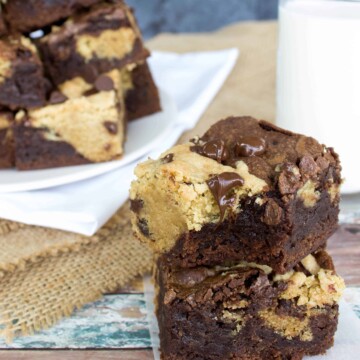 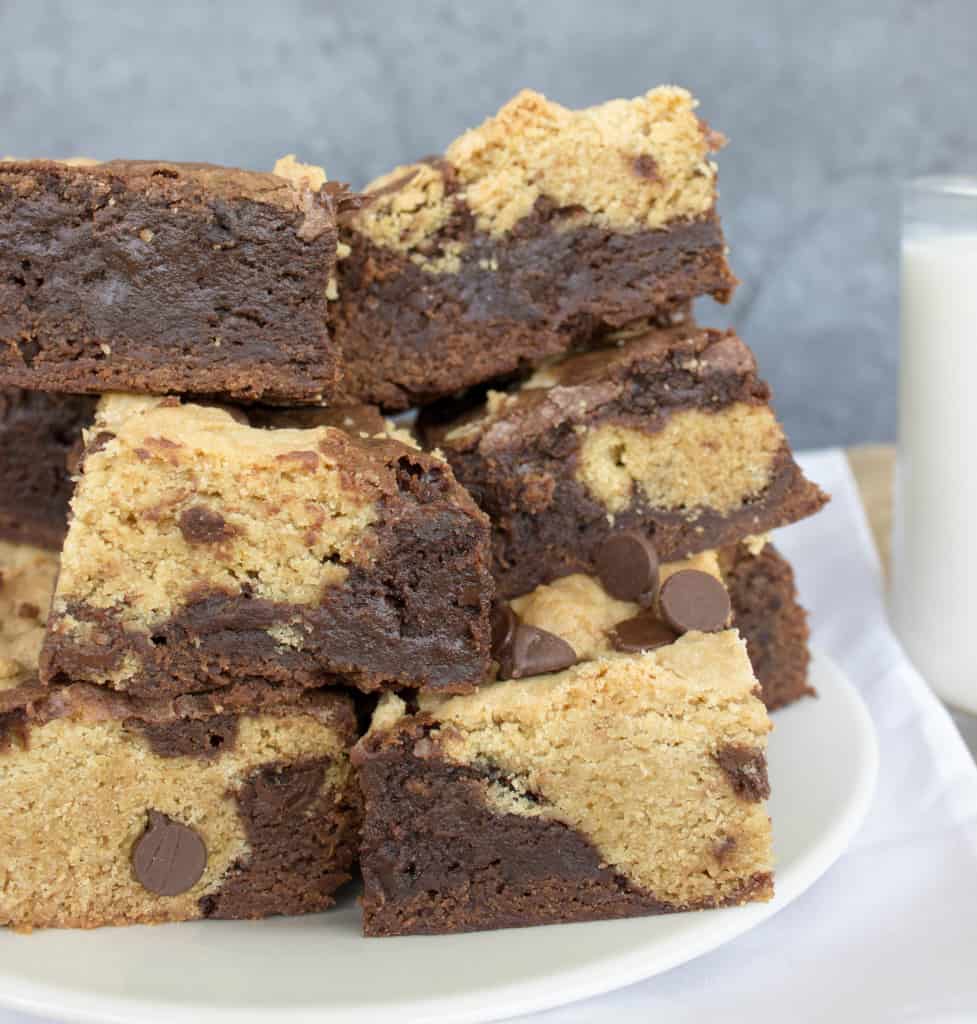