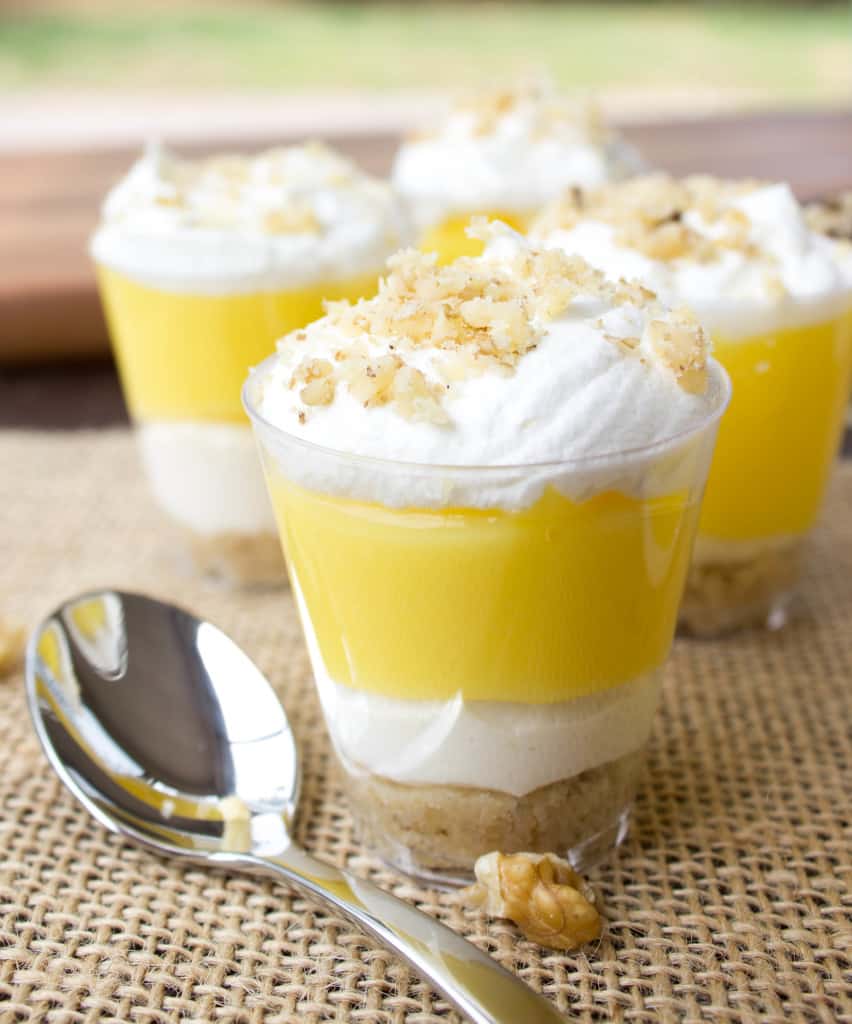 I mean, this is my second shot glass-contained dessert in under two weeks. They’re just so cute, and easy to make and delicious, and perfectly portioned and I can’t get enough of them.  Oh, and did I mention they are NO BAKE?

It’s a trifecta of perfect layers on a soft, walnut based crust.  Creamy and sweet,  refreshingly lemony, light and fluffy… 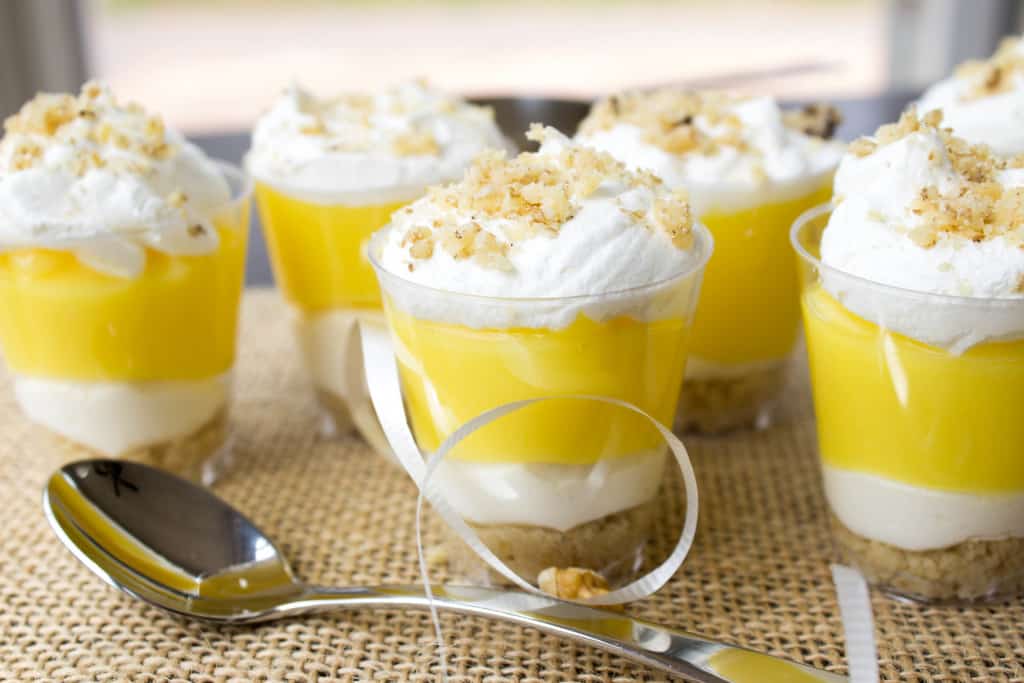 Honestly, I don’t really consider myself to be a huge fan of lemon desserts (except this lemon curd).  I don’t make them often (because hello, chocolate), but also because Zach won’t even touch anything with lemon in it, and I like to use him as my taste-tester.

However, my aunt brought this dessert to a dinner at my grandmother’s in a 13×9 pan and… I probably ate a good 12×8 portion of it.

No self-control whatsoever, I’m telling you…

She shared the recipe with me and I am so excited to share my slightly altered shot glass rendition of this easy, no bake dessert with you. I followed the recipe pretty closely and used Cool Whip, but you can always substitute my homemade whipped cream instead! 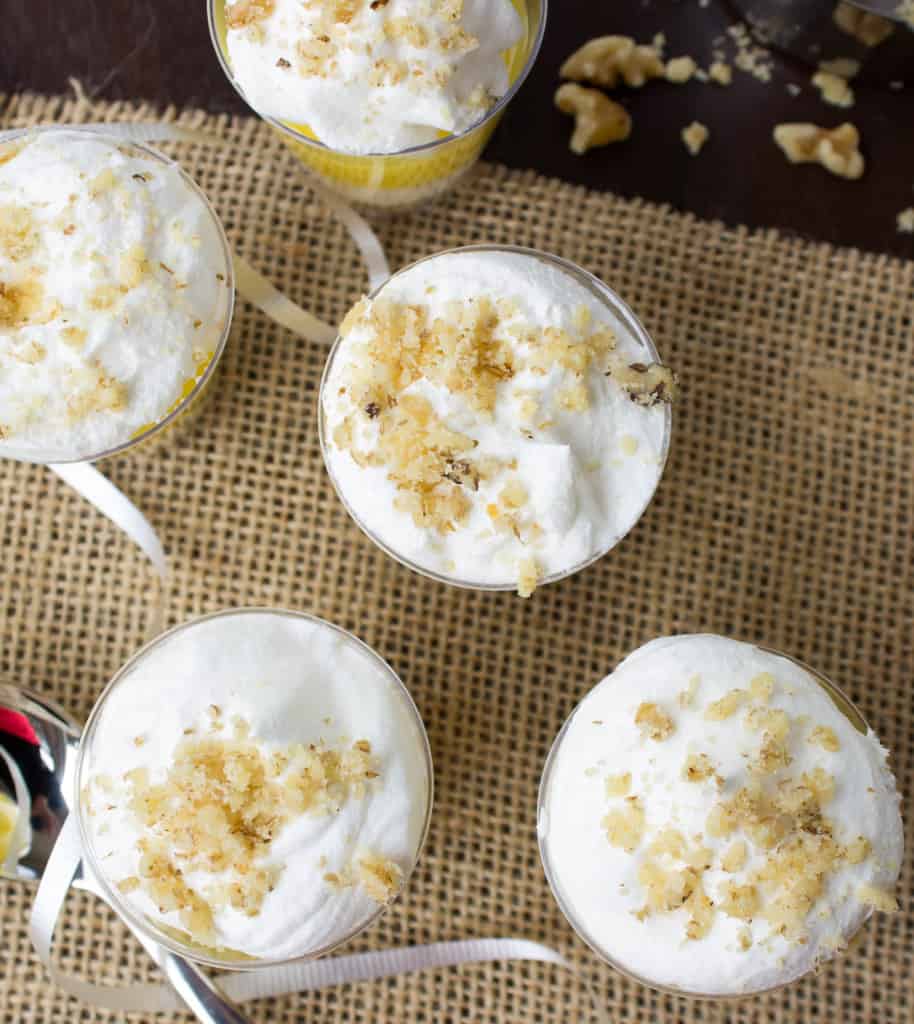 In the original recipe, the crust is baked in a 13×9 pan.

That’s… not exactly possible when you’re serving the dessert in plastic shot glasses, so I modified the crust into an easy, no bake version (guys, it almost tastes like cookie dough). 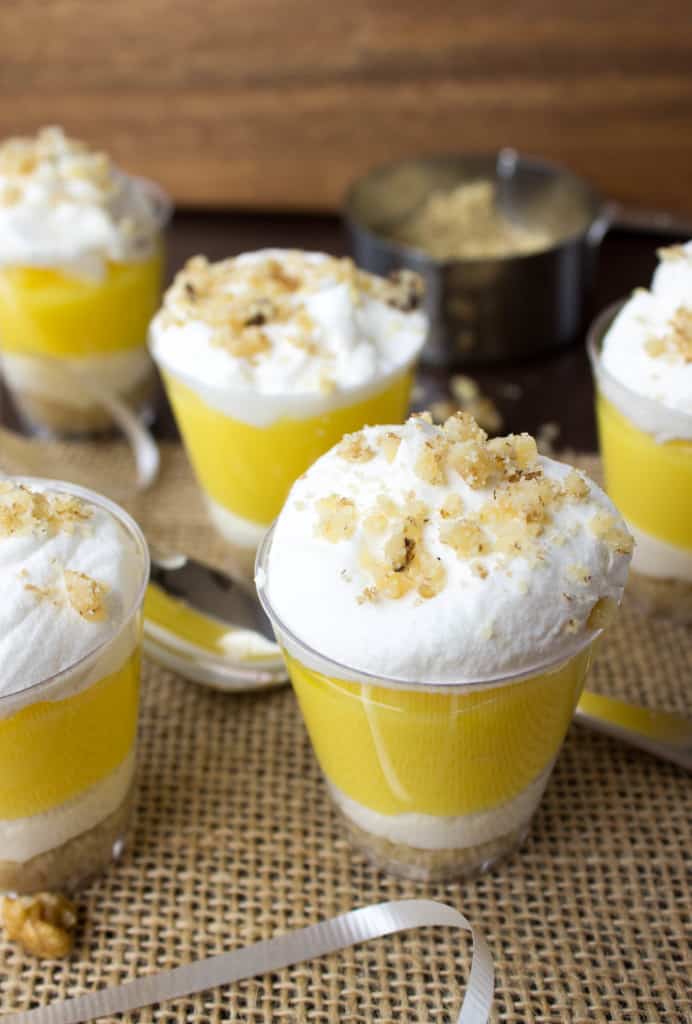 So I think it’s fair for me to say you need these in your life right now.  Light, refreshing and no bake, they are the perfect spring/summertime dessert. 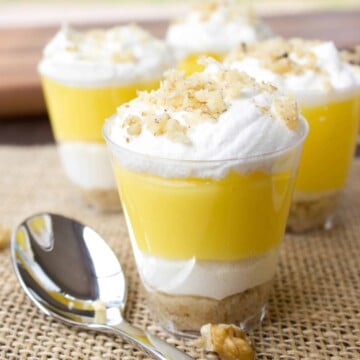 *I always use these disposable shot glasses from Amazon for my dessert shooters. 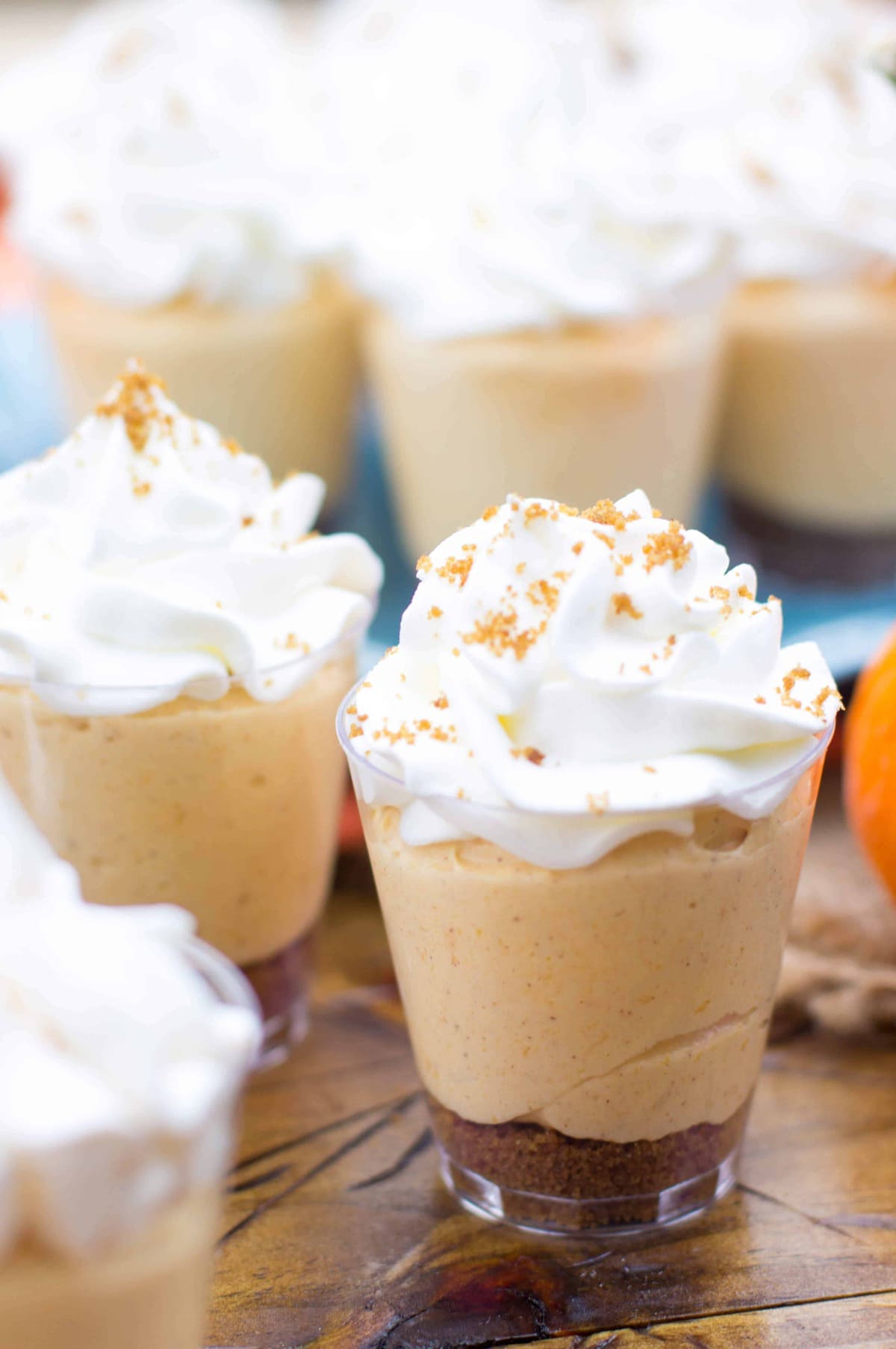 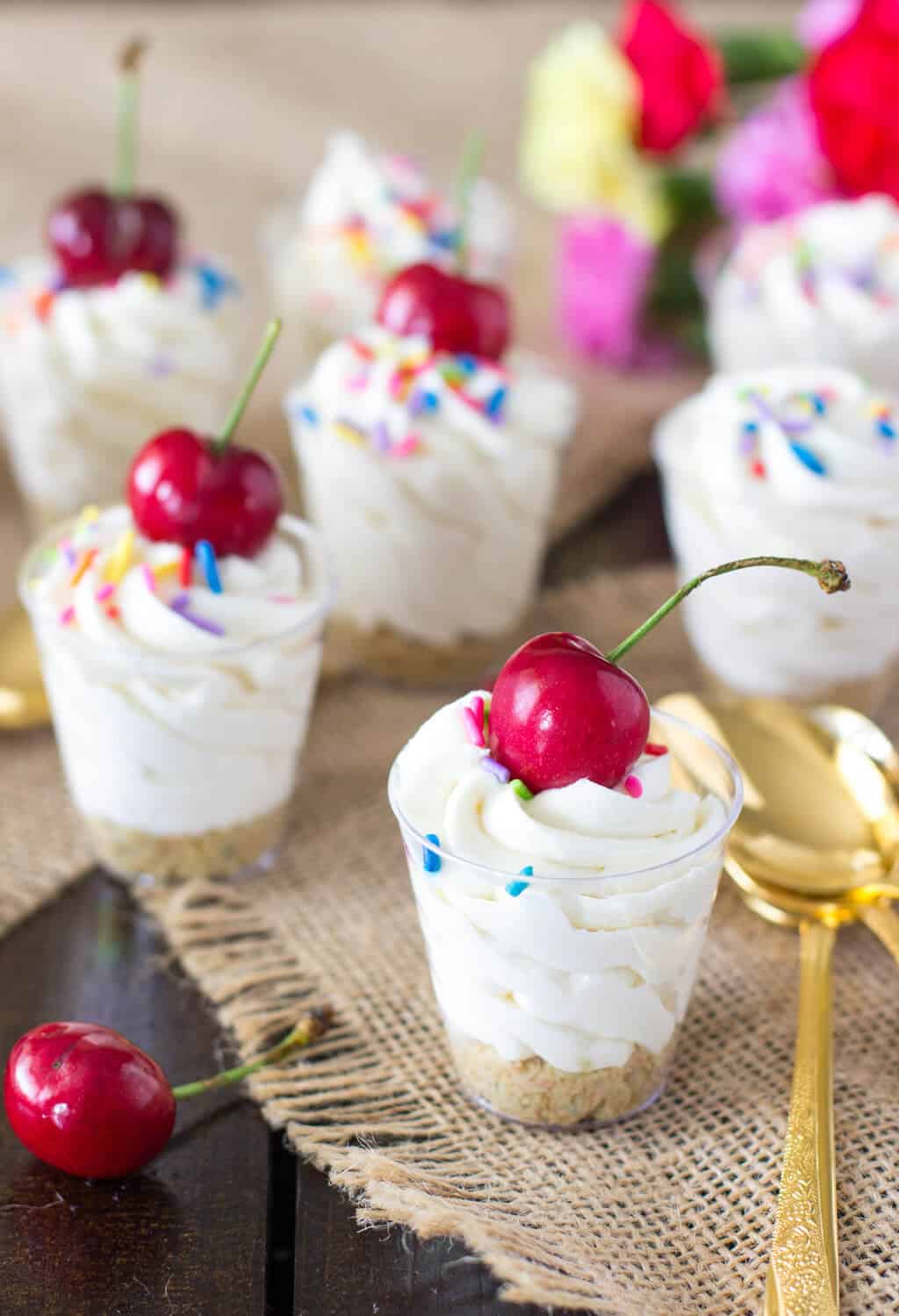 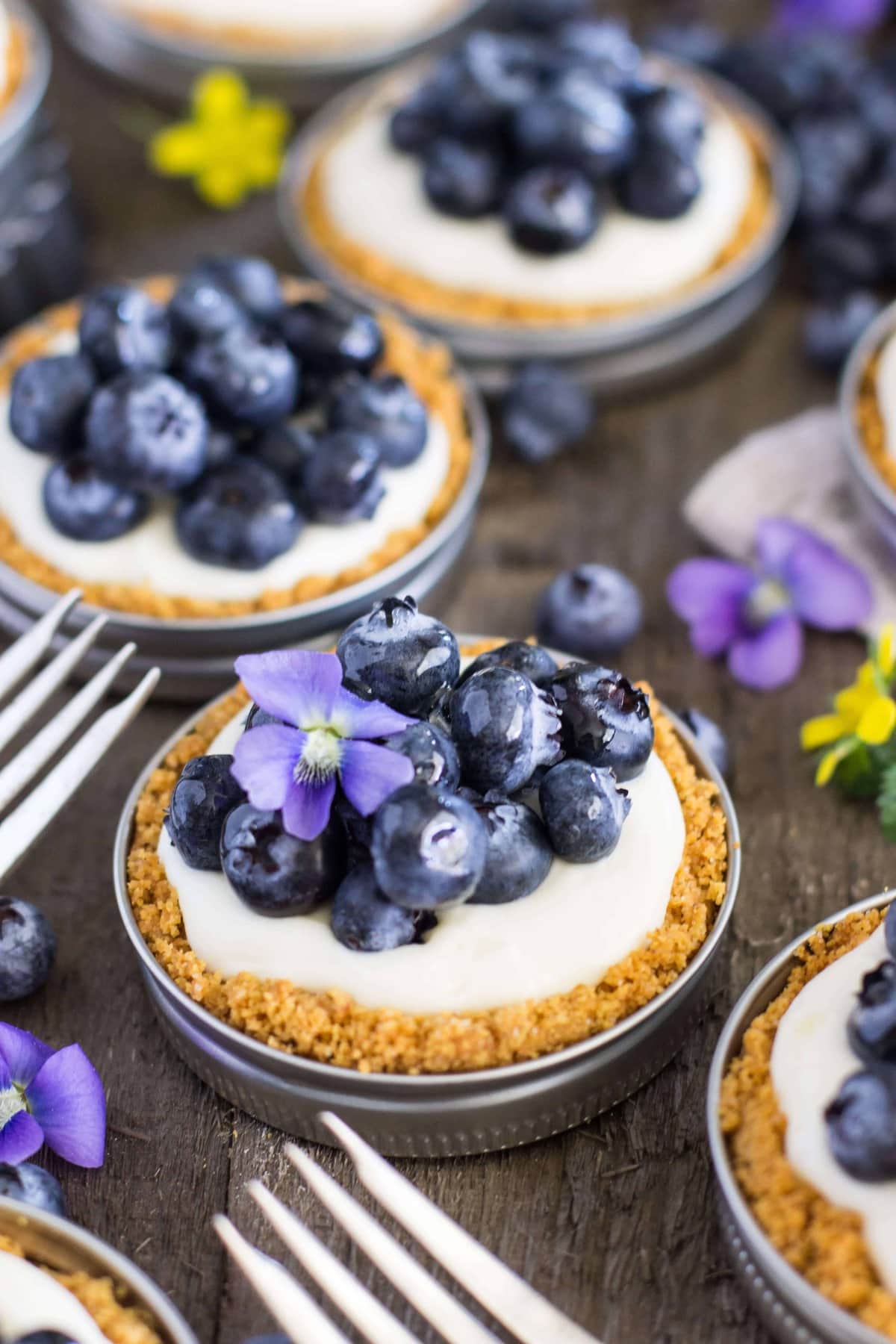