×
You are here: Home / Breads / Easy Cinnamon Rolls (no yeast required!)
This post may contain affiliate links. As an Amazon Associate I earn from qualifying purchases. Please read my disclosure policy.
Jump to Recipe Print Recipe 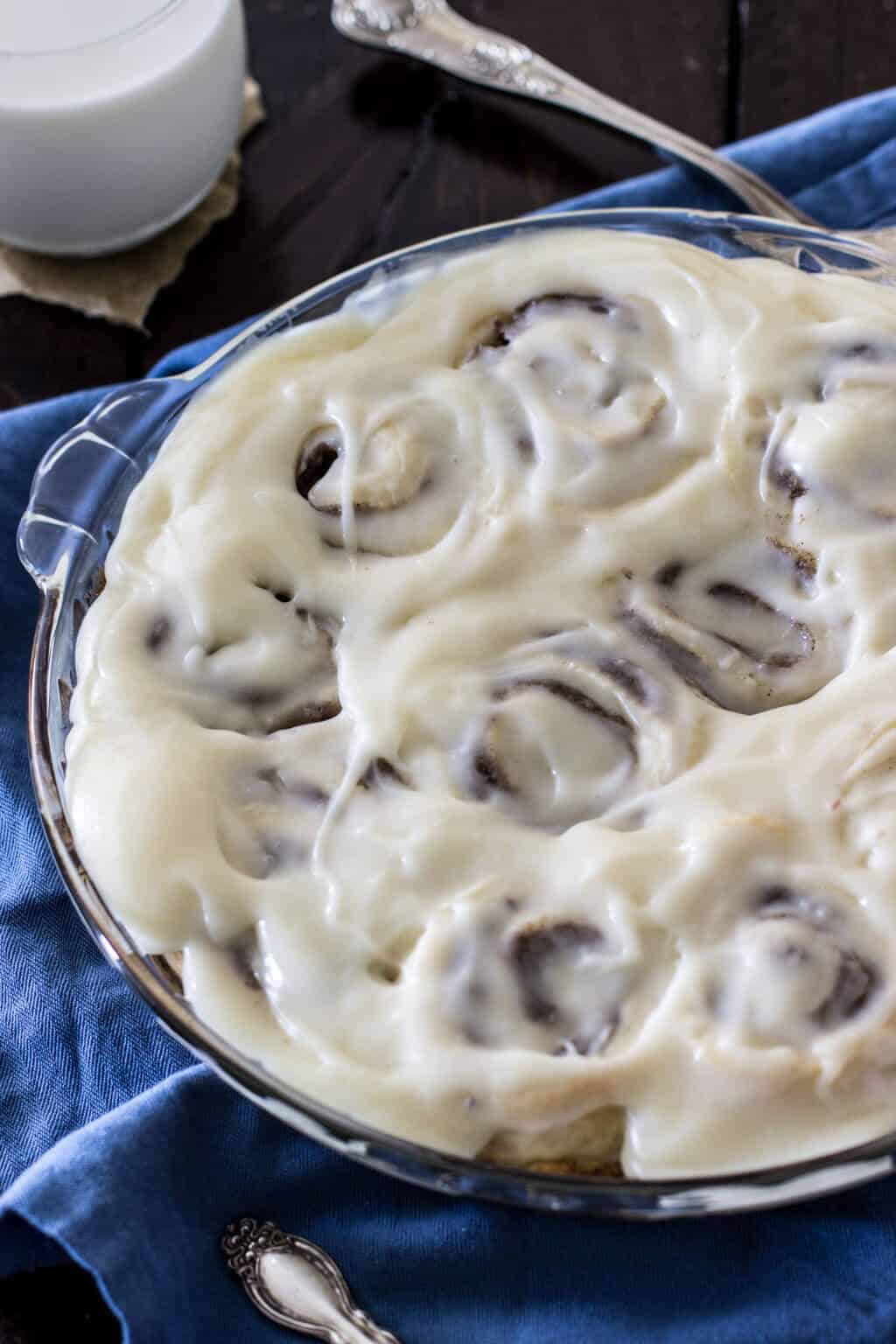 This is one of my older recipes on the blog (originally published April, 2015), and also one of my favorites.  My old pictures didn’t do justice to these amazing easy cinnamon rolls, so I’m updating the pictures and re-publishing today.  Originally I was going to re-write the whole post, but instead I’m leaving about 90% of the original writing, because it just didn’t feel right to change it.  I left the old photos at the very bottom of the post, too, in case you wanted to have a laugh.

I present to you: The lazy girl’s cinnamon roll recipe.

No yeast.  No dough-punching.  No two-hour rise time followed by another hour of rise time.

Nothing but cinnamon-y, gooey, need-a-fork-to-eat-it goodness <3.

I (obviously) enjoy baking, and considering that you’re reading this I assume you don’t hate spending time doing it either.  I’ve even previously posted a recipe for orange sweet rolls that require all of those heinous, time-consuming things mentioned above, taking over 3 hours from start to finish.

However… if you want cinnamon rolls for breakfast on a Saturday morning, you shouldn’t have to get up at the crack of dawn just to have them ready before it’s actually lunch time.  These cinnamon rolls can be ready in less than one hour (probably faster if you spend more time actually baking and less time sampling the cinnamon filling… or is that just me…).

Since these rolls don’t use yeast they have a softer, flakier texture to them, which is perfect for those of us who love melt-in-your-mouth cinnamon rolls that require a fork to enjoy.

And wait!  We haven’t even discussed the frosting yet!

That lovely, crowning cream cheese-based, sticky frosting that any cinnamon roll would just be sad and naked without.  Pour this cream cheese frosting on heavy over these cinnamon rolls while they’re still warm, and enjoy! 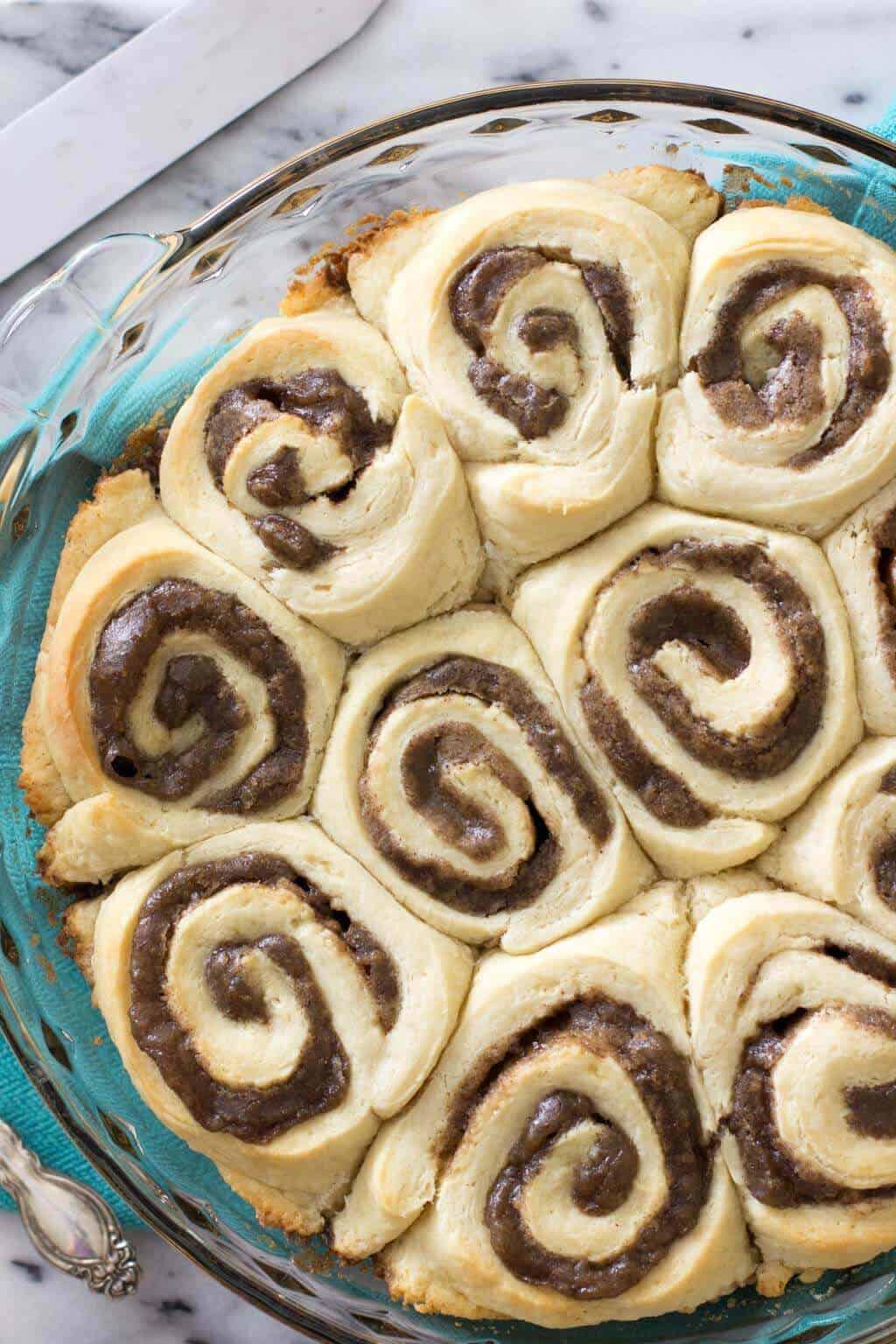 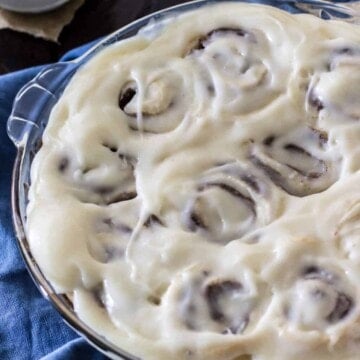 *This recipe makes a lot of frosting! If you don't like much frosting on your cinnamon rolls, feel free to cut it in half. 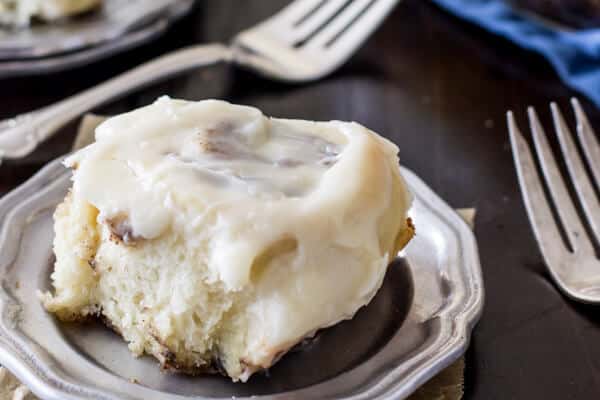 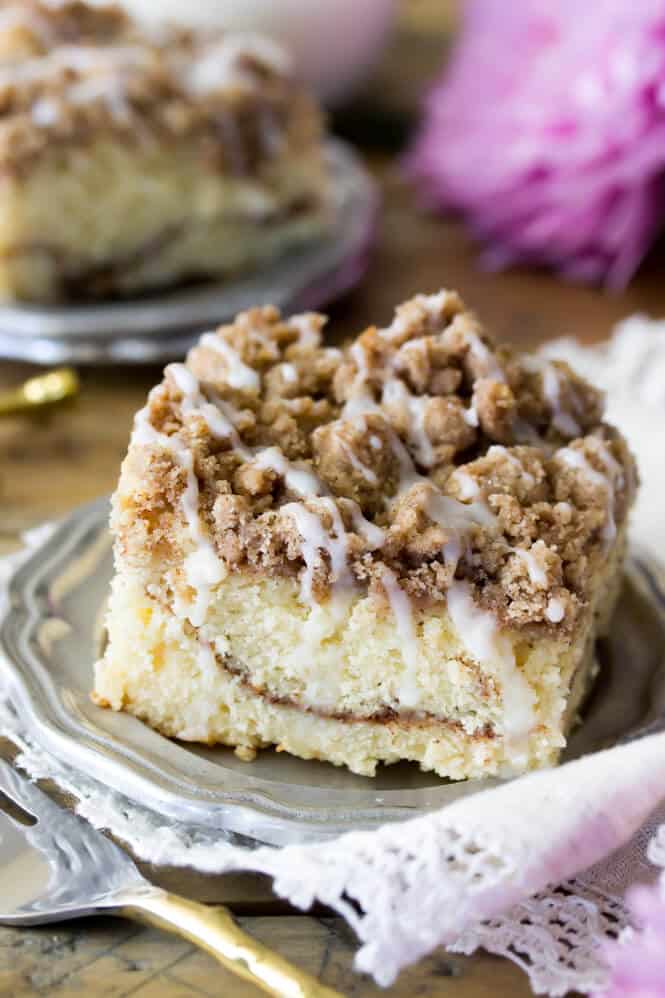 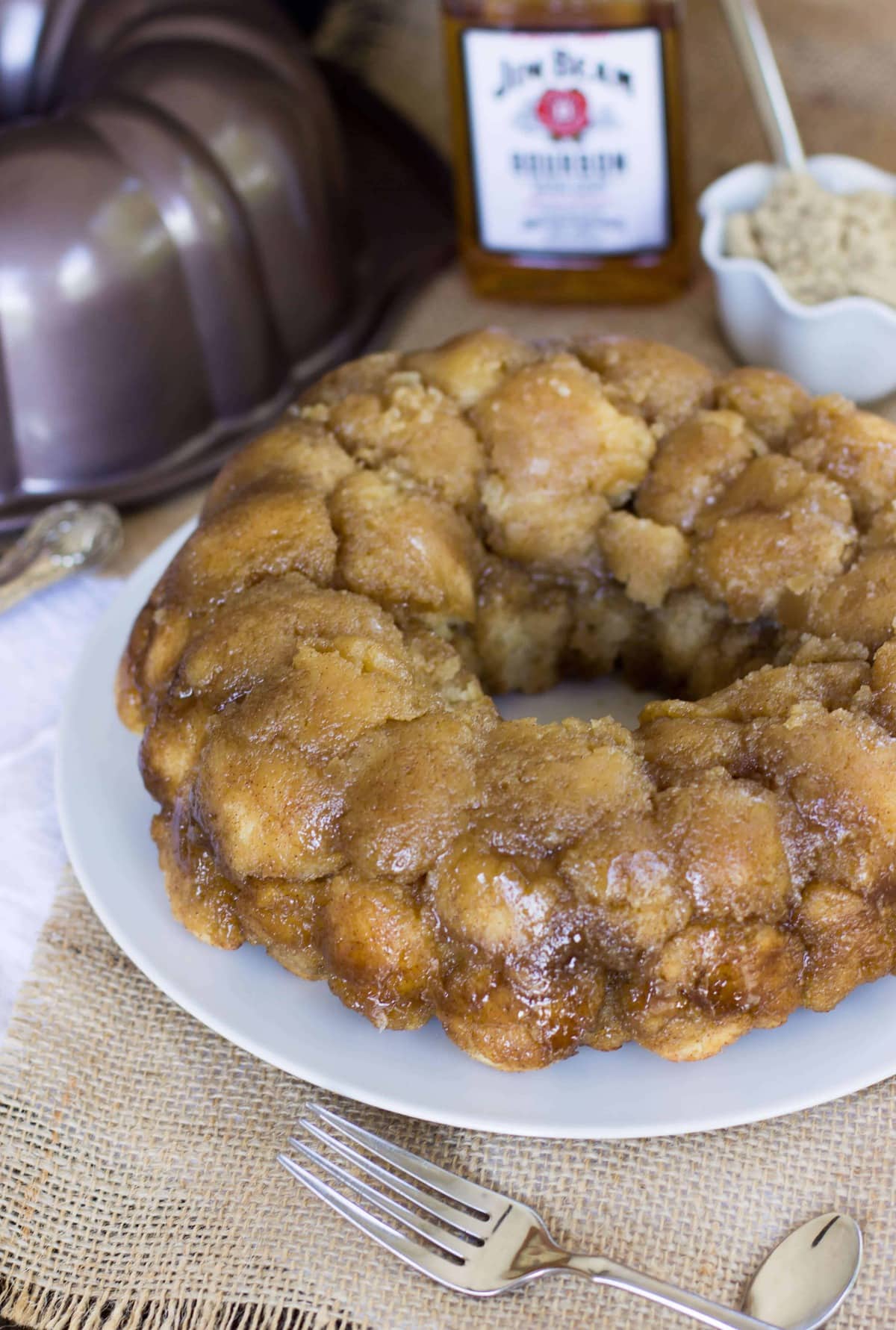 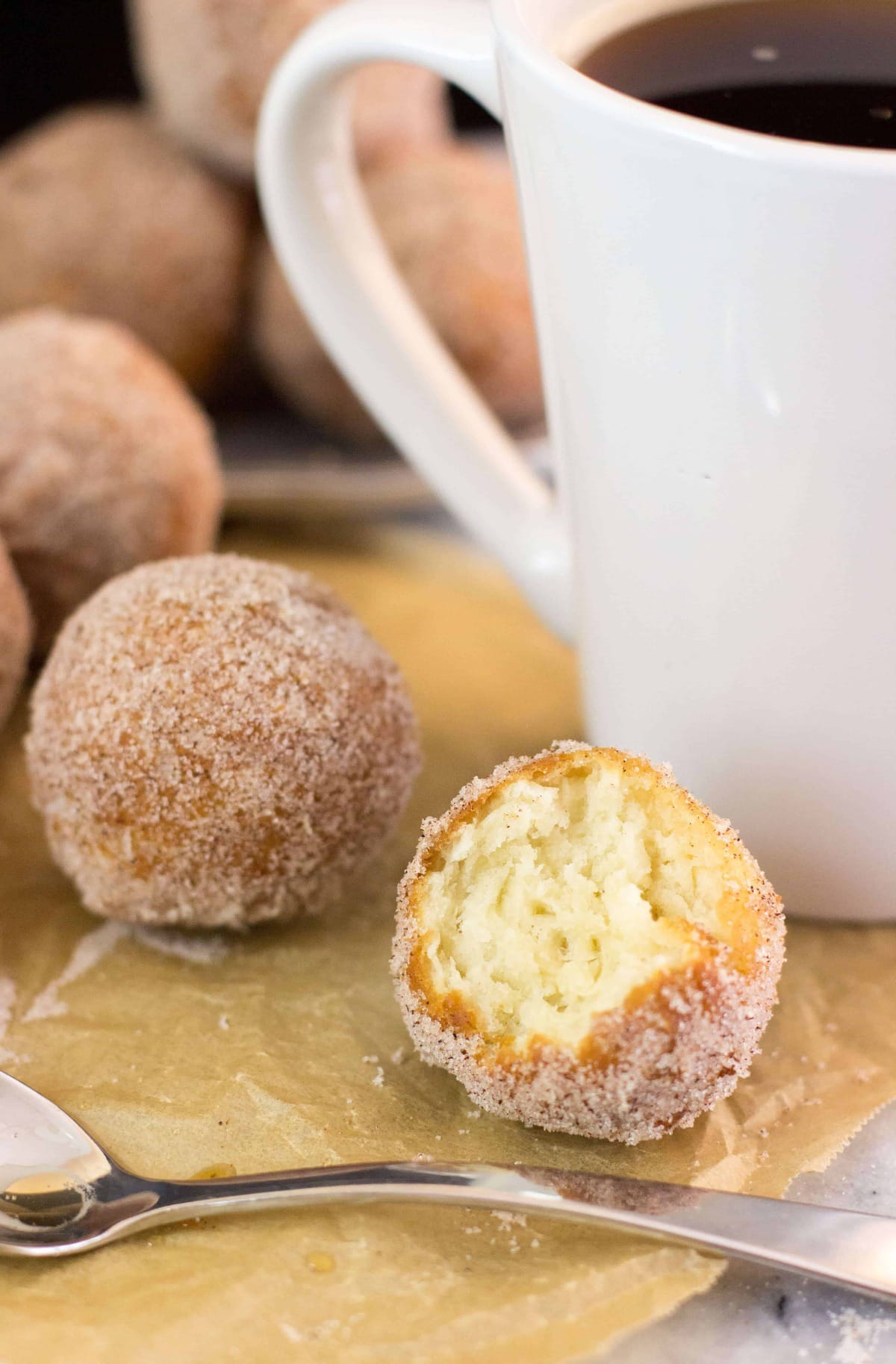 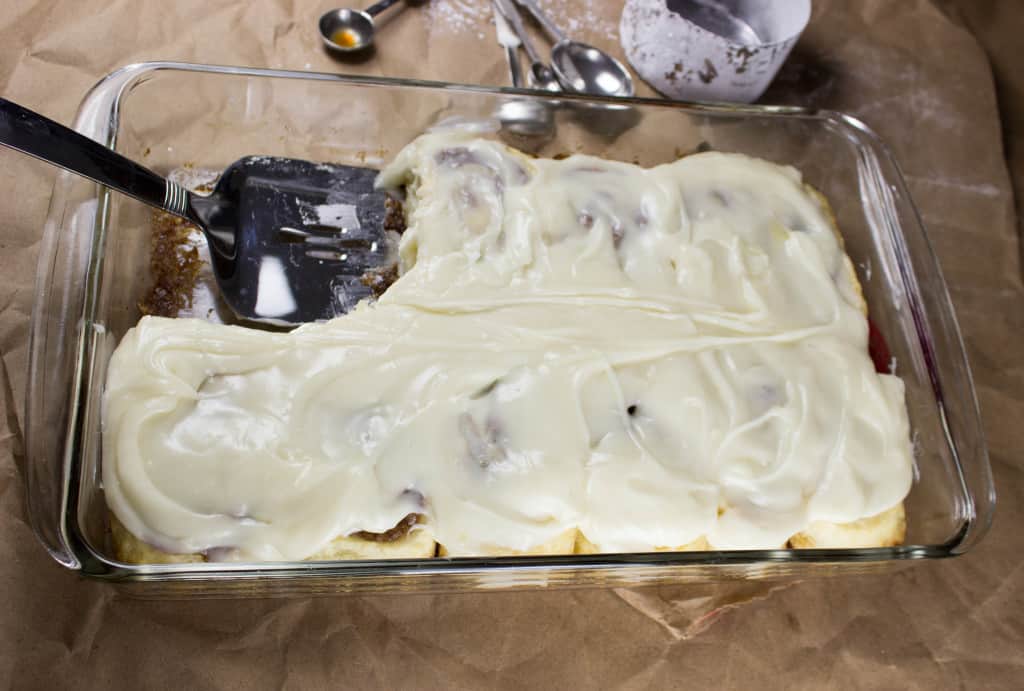