The cashier failed to stifle a small frown of impatience, and the line — already trailing onto the sidewalk outside the small ice cream shack — writhed and bumped around me.  A stray shoulder jostled mine, and I frantically scanned my options.

I’d decided hours earlier precisely which flavor of ice cream I wanted.  But here we were and there it was — a sad white bucket nestled beneath the finger-printed glass of the freezer — with nothing but smears of pink and smudges of candy coating across a scraped-bare bottom.

“Are you ready yet?” An eyebrow raise.

Plain-jane vanilla and chocolate-swirl, it mostly dripped into ant food and only Zach’s appetite saved it from the trashcan. 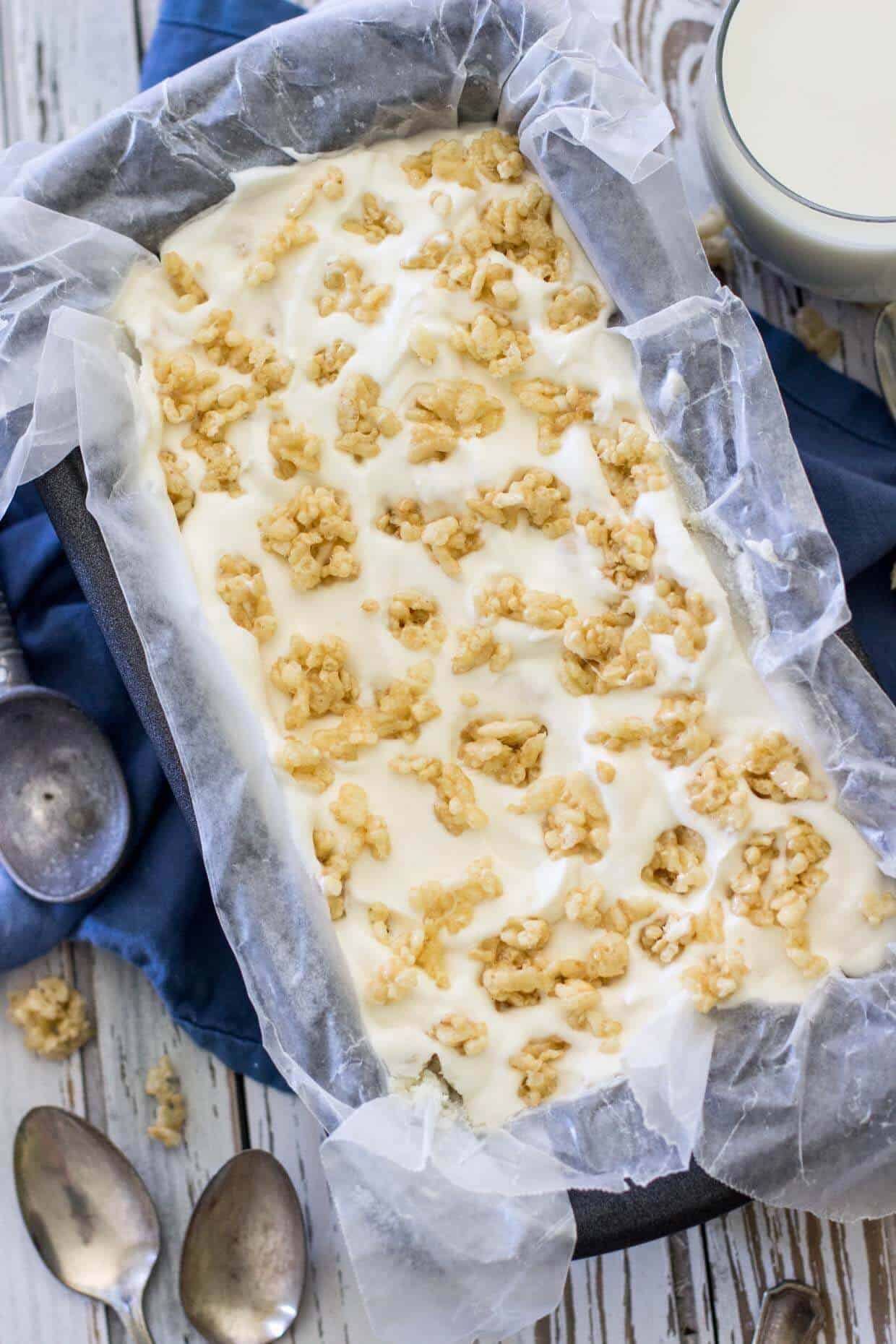 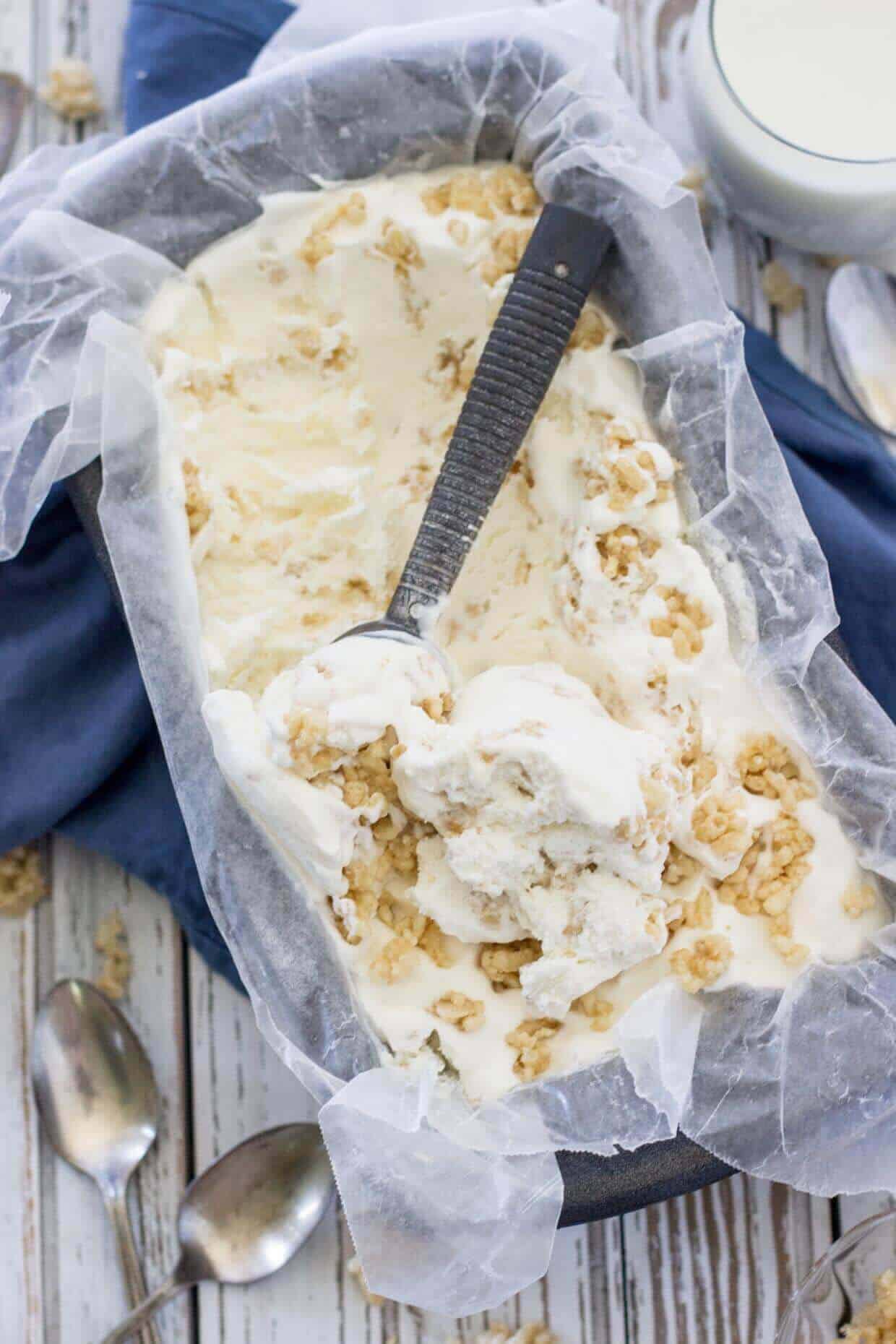 You’ve been there before, right?  When you have your heart set on something very particular, and nothing else will satisfy your craving.  Generally speaking, there’s nothing wrong with a good soft serve ice cream… but that’s not what I wanted.

The idea for this Rice Krispie Treat ice cream had been stewing in the back of my mind for a while, but I didn’t think it was actually worth trying out, so I kept setting the idea aside, glancing over it in my list of recipes-to-try.

So I decided to give this Rice Krispies mash-up a try, and though the recipe needed a few rounds of tweaking, I’m so glad that I did. 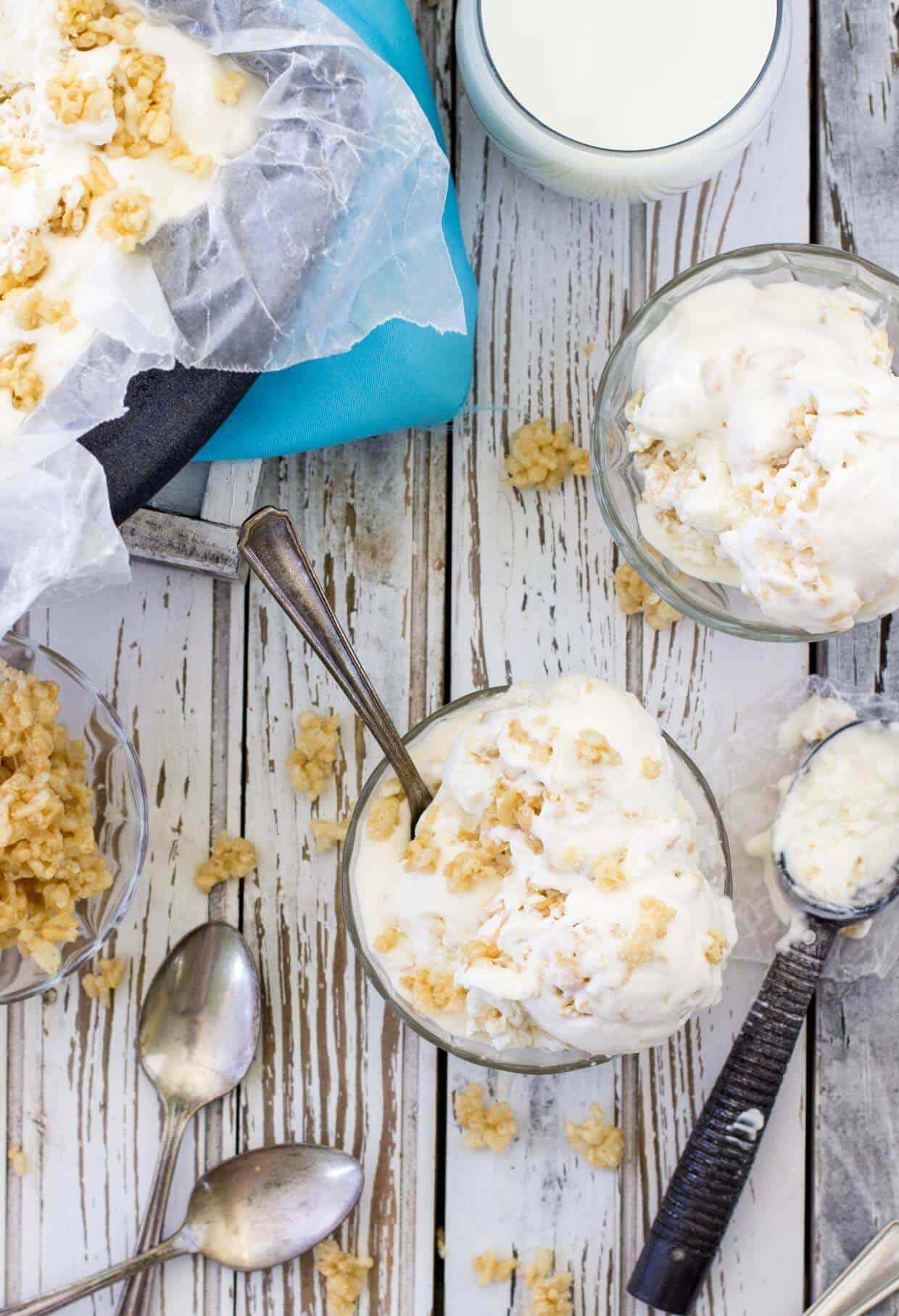 The base for this ice cream is marshmallow-flavored (obviously, right?).  Between the sweetened condensed milk and the marshmallow fluff that’s used, it had the potential to make for a very (too) sweet base, and so I thinned it out a bit with some milk.  The final product is smooth (except for the krispie pieces, of course) and creamy, but (mostly thanks to the milk) not at all too rich.

Do make sure that when you make your rice krispie pieces, you let them harden completely before stirring them into the mix.  They will soften a bit in the ice cream, but you want them to be still somewhat crispy in each bite.  Otherwise your ice cream will just taste just like a soggy, sugared bowl of rice krispie cereal, and even plain old soft-serve is better than that ?. 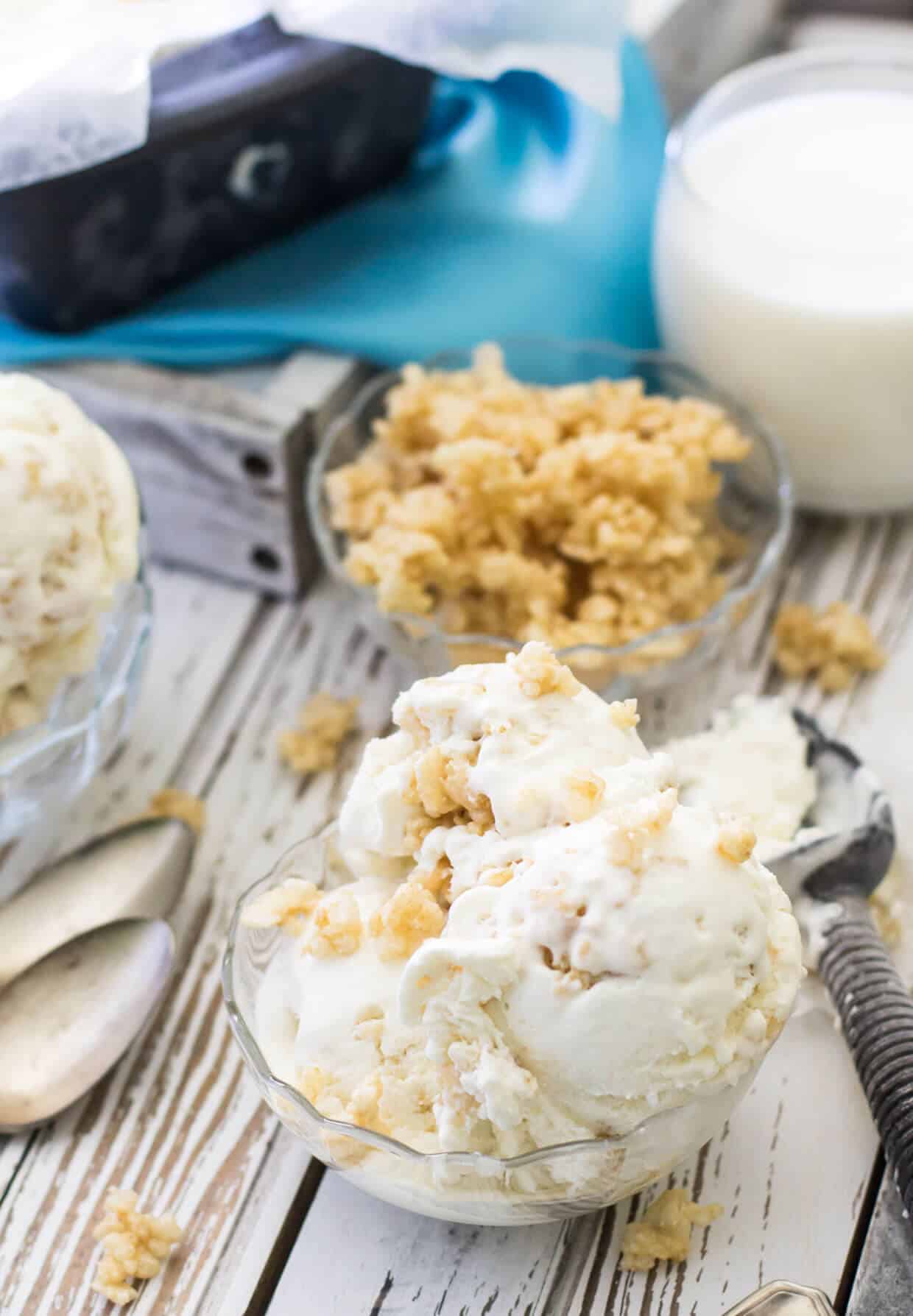 As I mentioned, it’s all I’ve been making recently — ice cream pies, ice cream sandwiches, and just plain old scoop-it-out-of-a-bread-pan-and-go-to-town, no-churn ice creams.  In fact, I’ve been so wrapped up in playing with flavors and making and re-making ice cream, that all I have for you this week is… ice cream — 3 different frozen recipes. 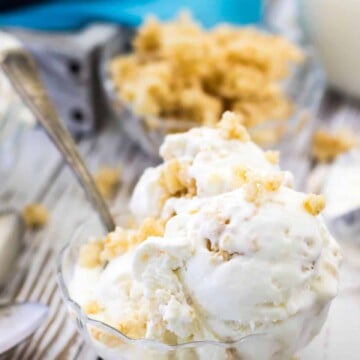 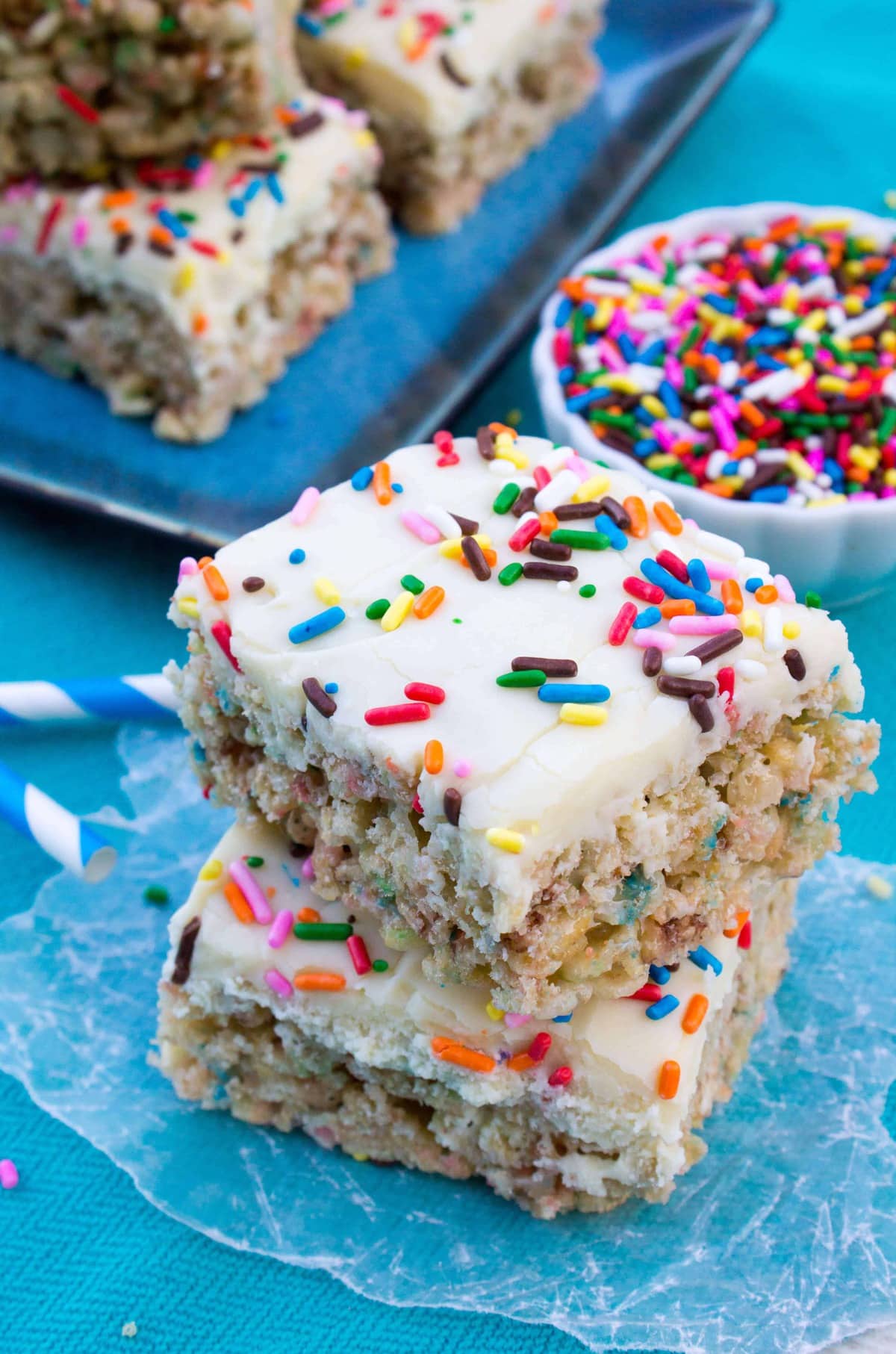 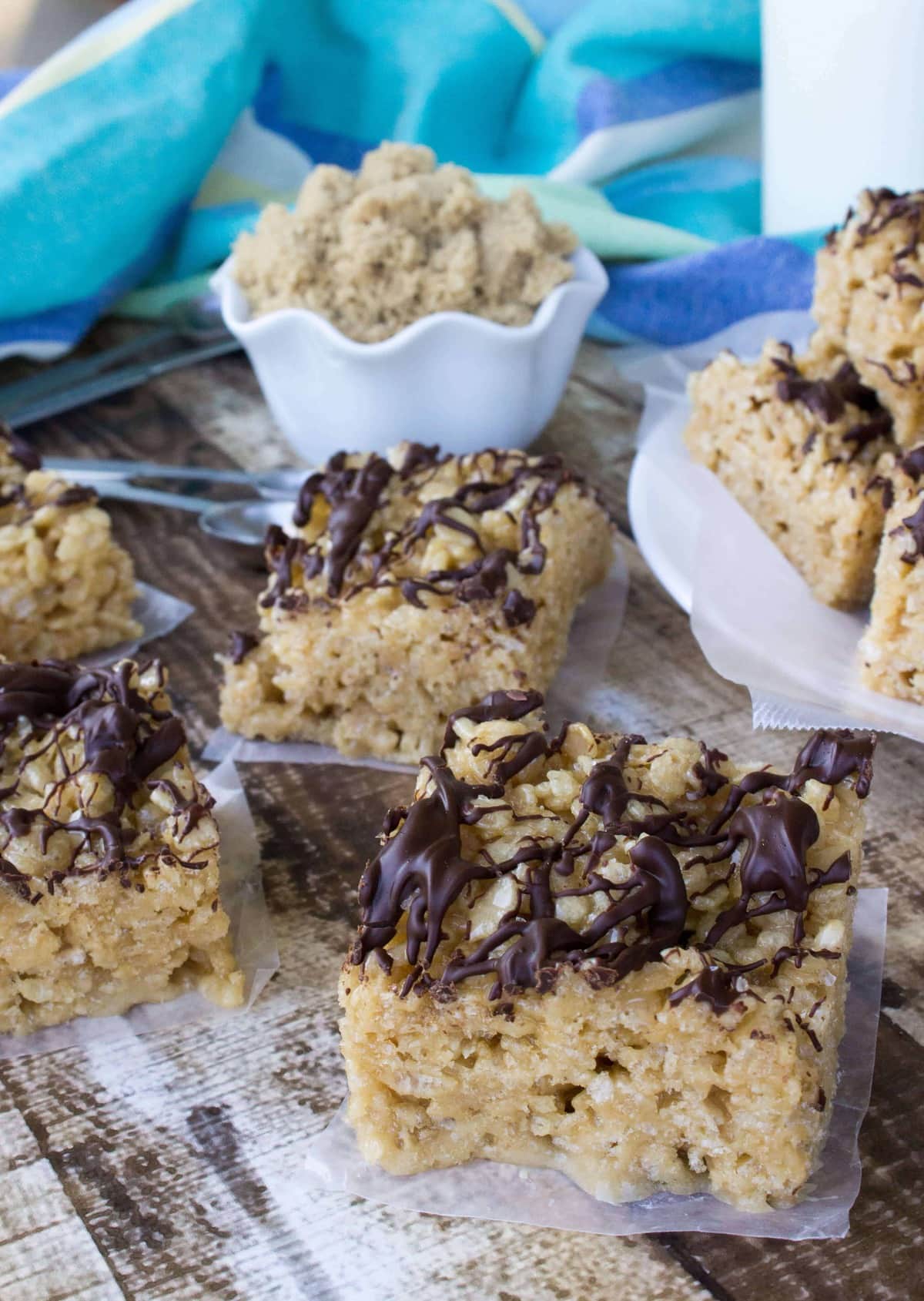