Sweetened pumpkin seeds roasted on the stovetop and coated in pumpkin spice (or cinnamon) and sugar! 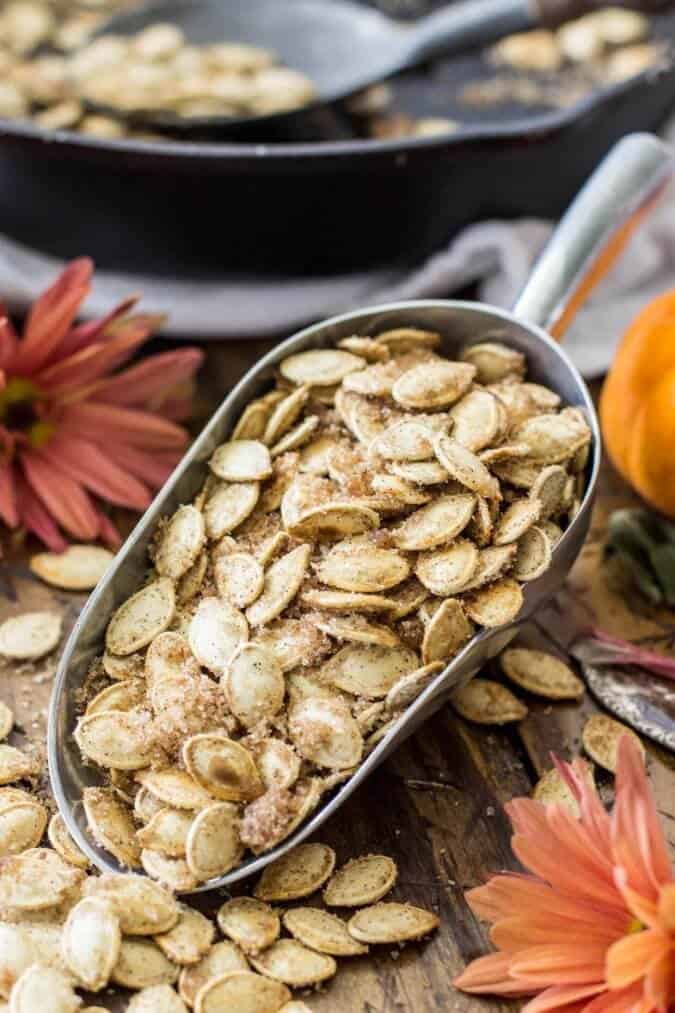 It might be a little early to be carving Jack O’ Lanterns, but I have several hollow pumpkins sitting on my porch right now.  They’re definitely going to go bad long before Halloween, but I needed to get a head start on making pumpkin seed recipes!

Every year, Zach and I carve pumpkins with his sister, and every year we save a giant bowl full of pumpkin seeds and roast them with salt and any other spices we have on hand.  Usually I like them just enough to eat a small handful, but with another pumpkin-carving session in the not-too-distant future, I wanted to have a recipe ready that I knew was irresistible.

For me, that meant adding butter and sugar (big surprise).  I also used pumpkin spice to add flavor to the seeds, but you can certainly use cinnamon instead for cinnamon-sugar pumpkin seeds. 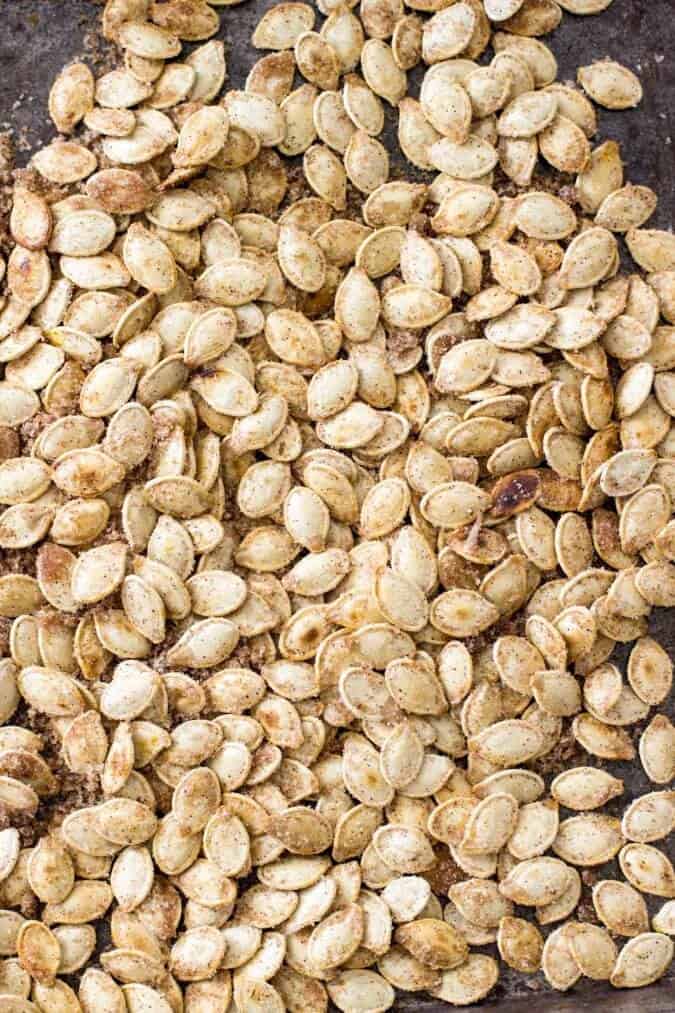 I seemed to average about 1 ½ cups of pumpkin seeds from every mid-sized pumpkin that I scraped clean, but this recipe can easily be scaled up or scaled down.  Just keep in mind that if you have a whole lot of seeds, it might be better to cook them in batches because they need to be rotated over the surface of the skillet to cook properly, and this will take longer if you have a ton of seeds cooking at the same time.

Make sure you clean off most of the pumpkin guts from the seeds, though a little bit of leftover pumpkin can be good for adding extra flavor.  Rinse them well, drain, and pat dry with a towel (careful, they’re sticky and tend to stick to paper towels!).

Also make sure you don’t just set them in a bowl and let the water run over them and walk away… these seeds float and during the first recipe trial I accidentally lost half of my seeds to the kitchen sink when they floated out of the bowl and down the drain… oops. 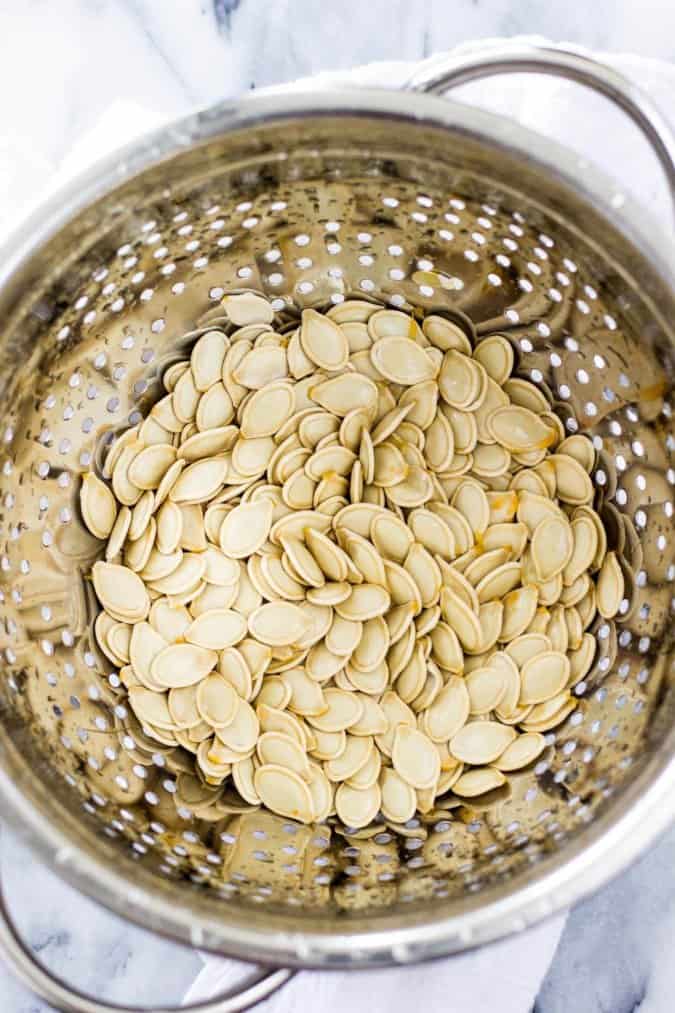 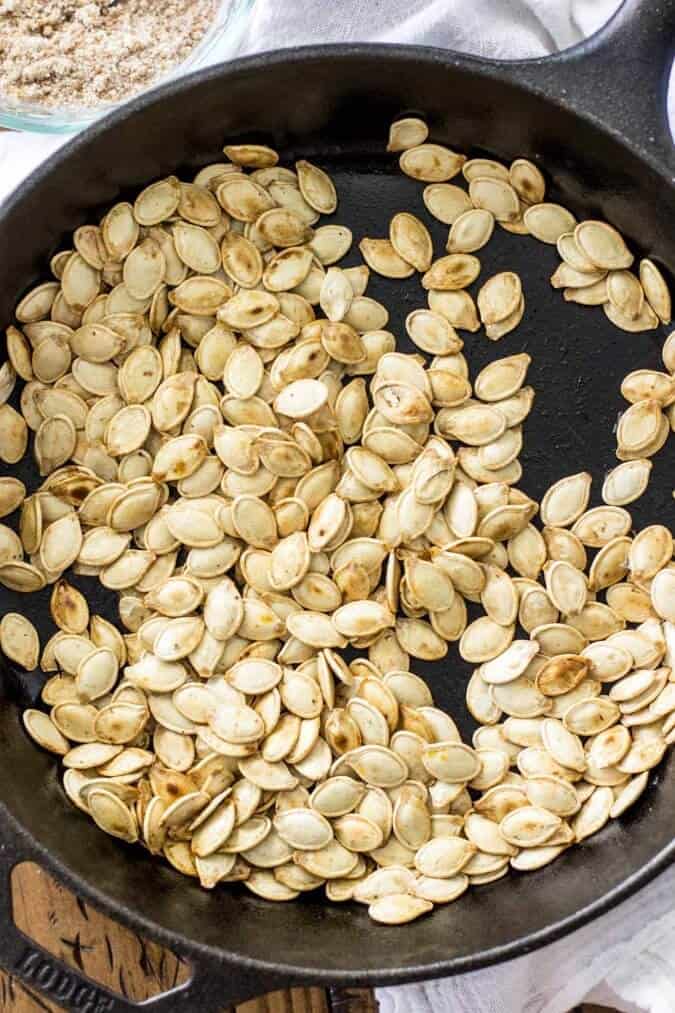 I originally made these pumpkin seeds by roasting them in the oven before I decided to try them on the stove.  Roasting them took forever and seemed to make the seeds too sticky and chewy — none of them quite puffed up like I wanted to.

By roasting them on the stovetop (preferably in a cast iron skillet) instead, you can watch them carefully to make sure that all seeds “puff”, and it takes a third of the time.  It’s actually kind of fun to turn the seeds over with your spatula, watching them as the sheer skin around them contracts and the centers pop, making them jump on the skillet.  This makes for crunchy seeds, rather than chewy, woody ones. 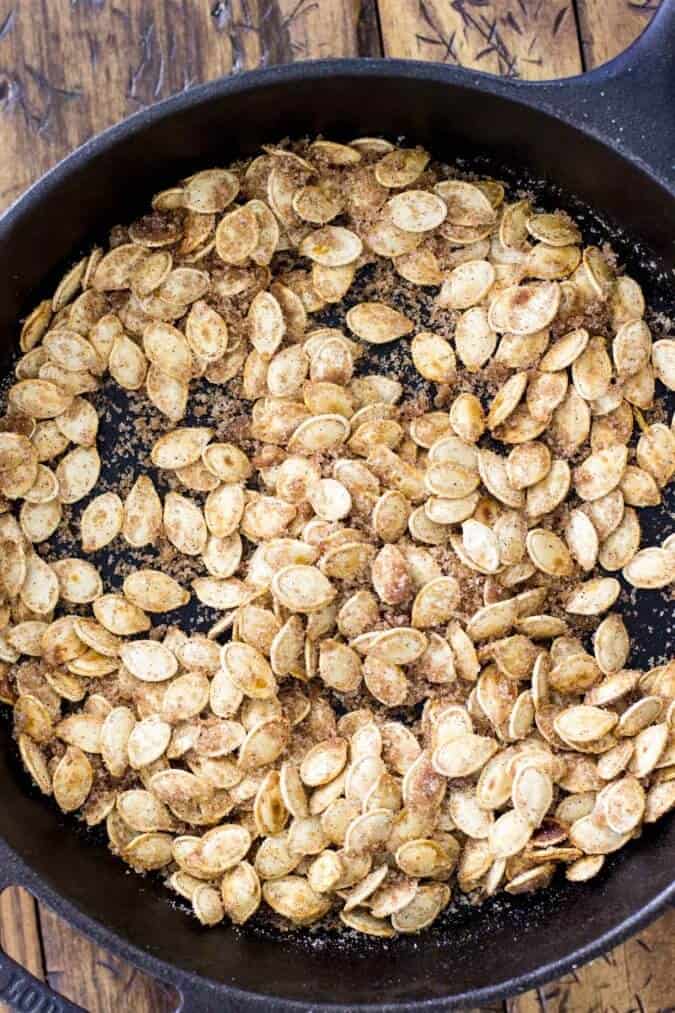 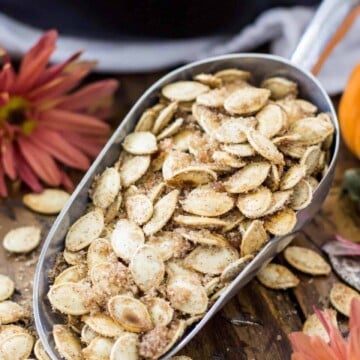 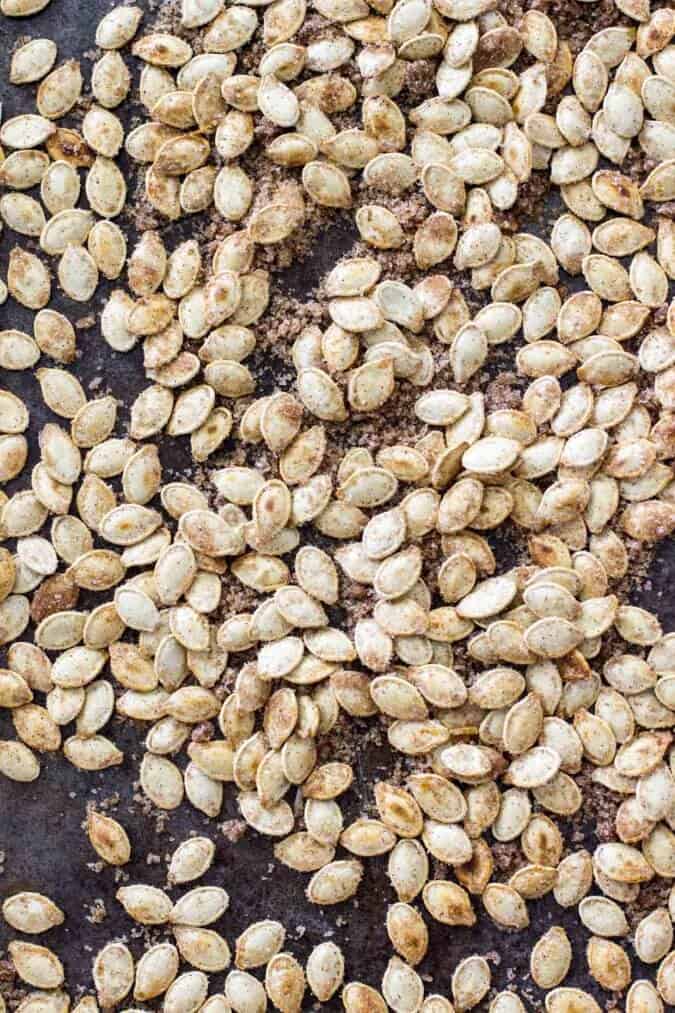 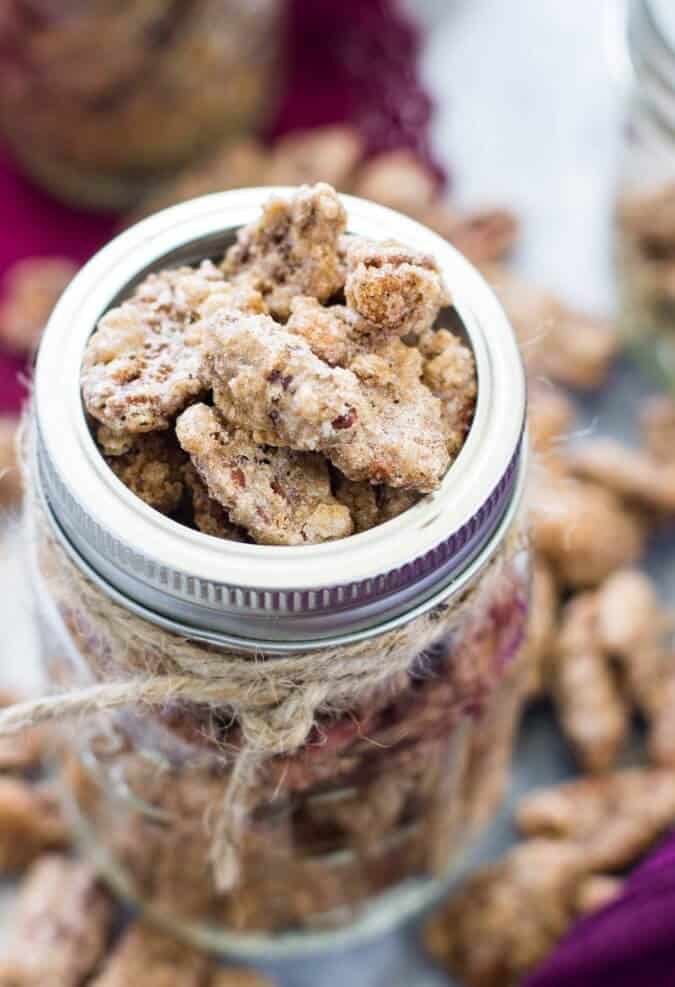 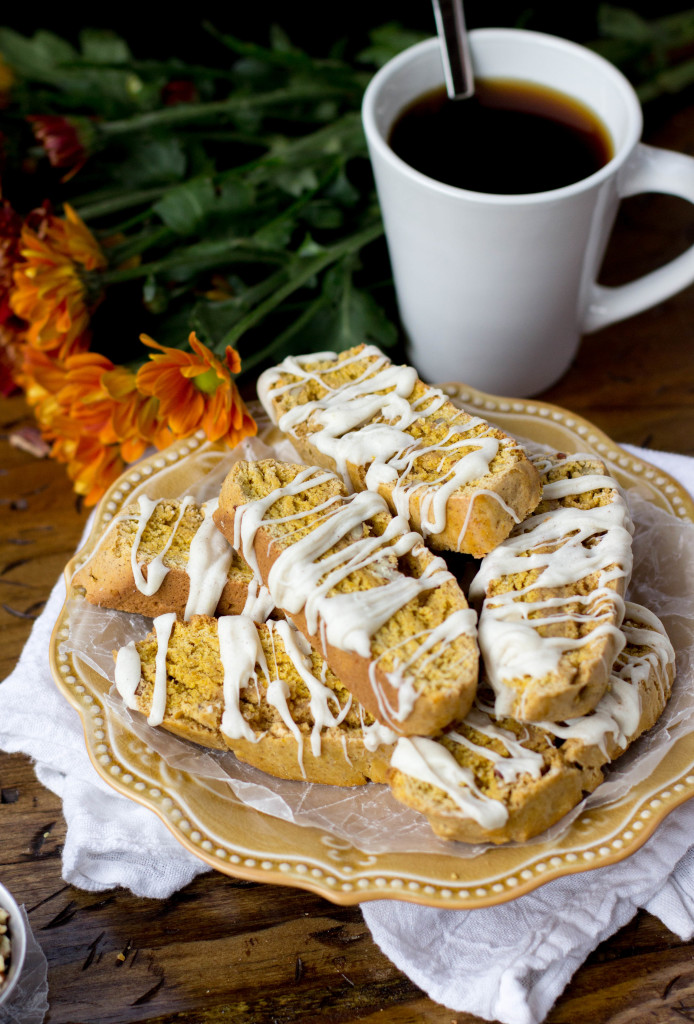 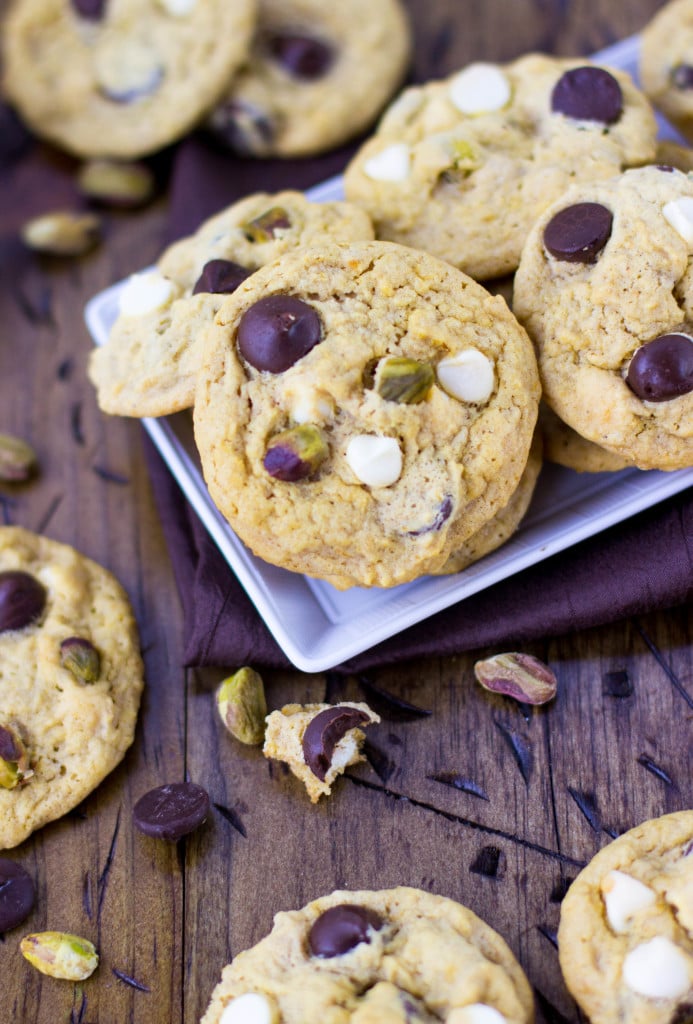 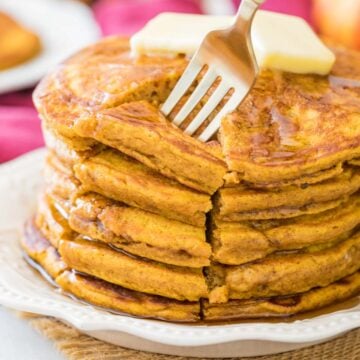 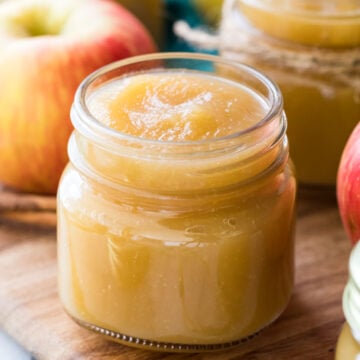