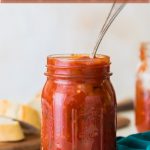 How to make a hearty, homemade Marinara Sauce from scratch! Today’s recipe is easy with just a handful of ingredients, but plenty of robust fresh flavor! Recipe includes a how-to video at the bottom of the post. 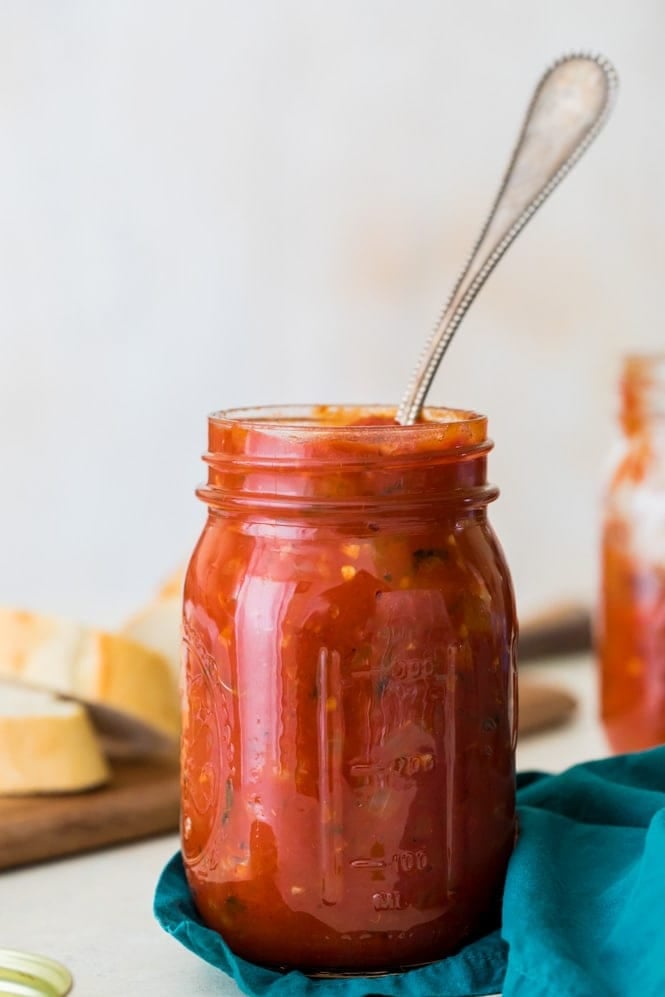 I’ve been making this marinara sauce recipe so frequently the past few weeks I finally decided it was about time I share it with you. It’s shockingly simple to make with a full-bodied flavor that puts every jarred sauce in the supermarket to shame.

This recipe is simple, but it’s a definite keeper. Use it anywhere you would use store-bought marinara, just prepare yourself because the flavor is simply not comparable. Nobody needs to know you made a sauce this good so effortlessly, and in under 20 minutes at that! This simple sauce recipe is perfect for topping off your favorite pizza dough or pasta or for dunking mozzarella sticks or garlic knots. It’s also a great vegetarian sauce option for making my Baked Ziti! 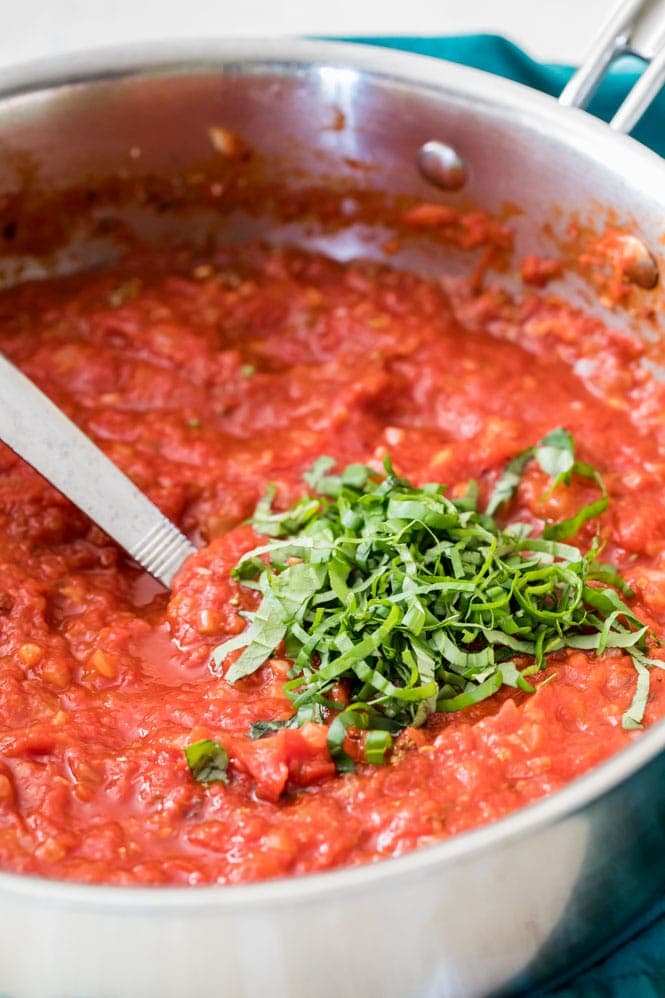 What is the Difference Between Marinara Sauce and Spaghetti Sauce?

However, this my recipe is fairly hearty and I’ve used it over spaghetti plenty of times. You’re going to love the flavor so much you’ll want to put it on everything.

How To Make It?

I do want to note that many hard-core traditional marinaras recipes don’t use onion. Feel free to leave it out if you are so inclined! I think it adds to the robust flavor of this sauce, but to each their own.

Also if you’re concerned about the fact that we’re not starting with fresh tomatoes, I do have plans for a truly fresh option, coming this summer. It’s just… February right now and there’s snow on the ground as I type this, so give me some time. And keep in mind most marinara sauce recipes start with canned tomatoes, so don’t beat yourself up if you don’t have garden fresh on hand.

Is Marinara Sauce the Same as Pizza Sauce?

It isn’t technically the same as pizza sauce, though you can certainly use it as such. I can’t count the number of times I’ve made my pizza recipe with  this exact sauce and some mozzarella. However, there are some differences.

While this sauce spends some time simmering on the stove, this step is not required for making pizza sauce. While I find that cooking/simmering the sauce really helps to develop the flavors, it also will diminish that distinct fresh “tomato” taste (though it deepens the flavor profile in other ways!). 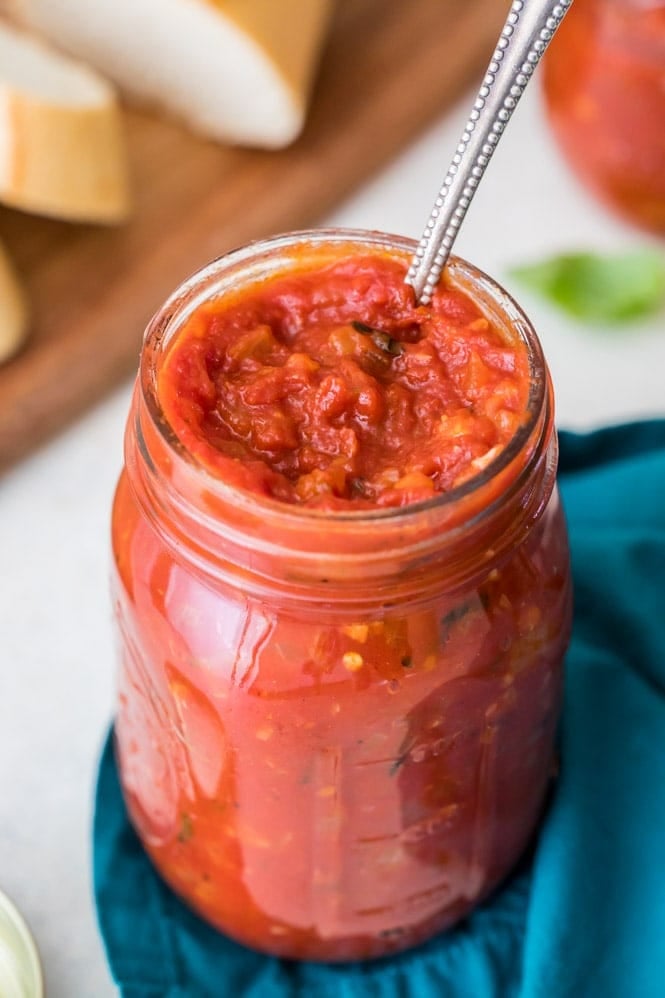 On Wednesday I’ll be sharing a Stuffed Shells recipe that I made using this sauce, so if you’re not already on my (free) e-mail list, make sure you subscribe so you never miss a new recipe!

Be sure to check out the recipe video at the bottom of the recipe! If you enjoy watching, make sure to subscribe to my YouTube channel where I’ve already uploaded over 100 recipe videos that you can watch for free! 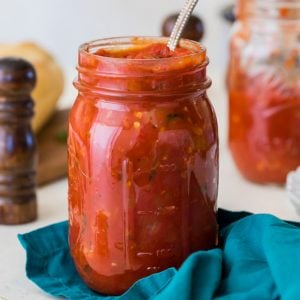