Inspired by the Starbucks Double Chocolate Chip Frappuccino, these insanely chocolaty cupcakes are flavored with just a hint of coffee, bursting with chocolate pieces, then crowned with a lusciously whipped frosting. 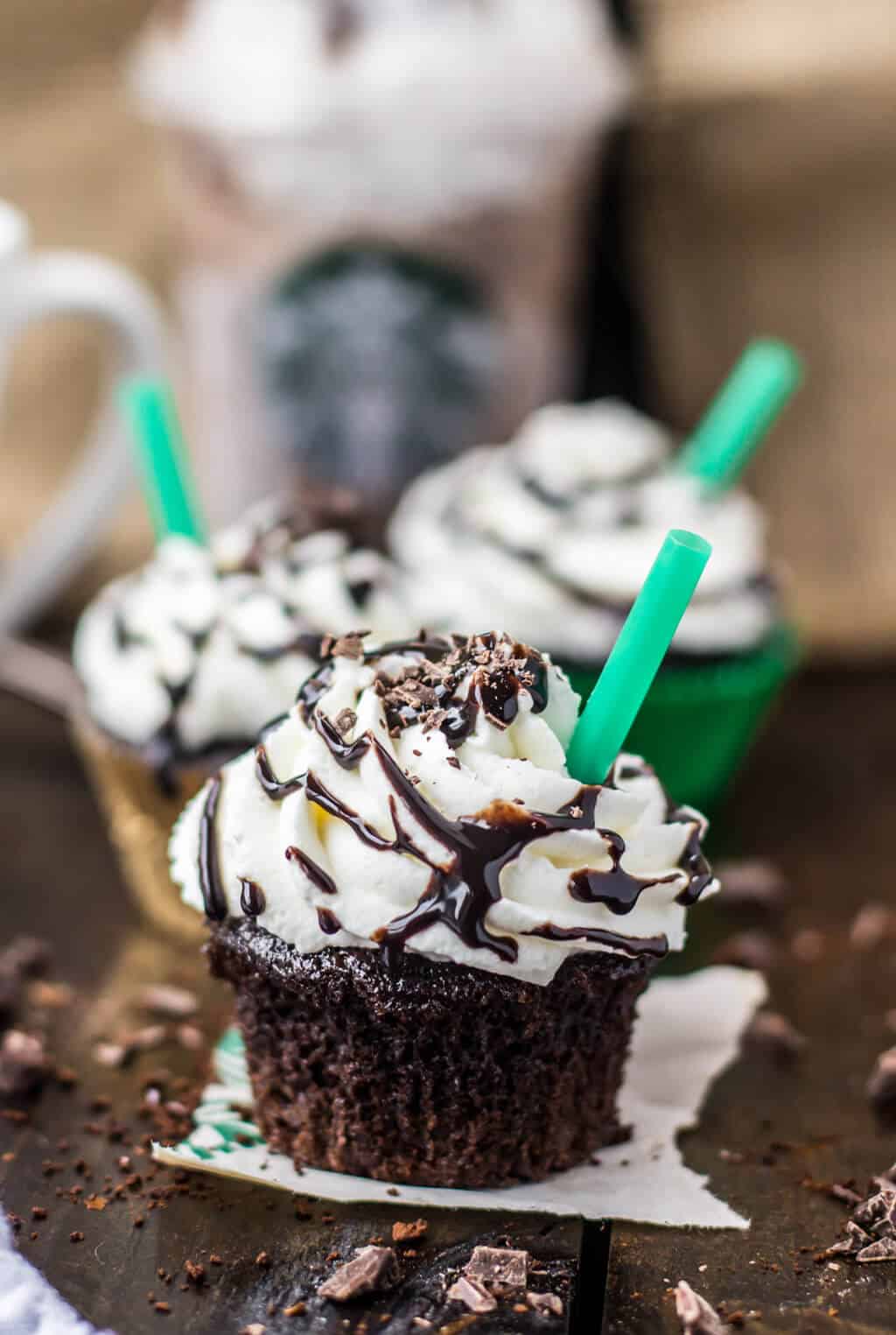 There are squiggly little red lines all over my computer right now as I try to figure out the correct way to spell Frappu— Frappe—Frappuc (omg… one “c” or two?)… Frappuccino without looking it up.  Well there it is, I finally had to give up and Google it, and good thing I did because evidently my computer doesn’t recognize frappuccino as a real word, anyway (it keeps suggesting cappuccino”), so those squiggly lines aren’t going anywhere.

Spelling (and misspellings) aside, while it’s pretty well-documented that I don’t like coffee, every few weeks I’m struck by an insufferable craving for a frappuccino… but there’s a very particular kind that I crave every time.

I’m absolutely head over heels for  Starbucks Double Chocolate Chip Frappuccinos.  Those ridiculous,  fancily-named drinks are irresistible with their rich chocolate with just the slightest hint of espresso (though of course you can get it without)… and that chocolate drizzled whipped cream just takes the cake.

Every time I sip on one it takes me back to being a kid, sipping on a big glass of highly-coveted cold chocolate milk (before I decided that I hated drinking milk, chocolate or not). 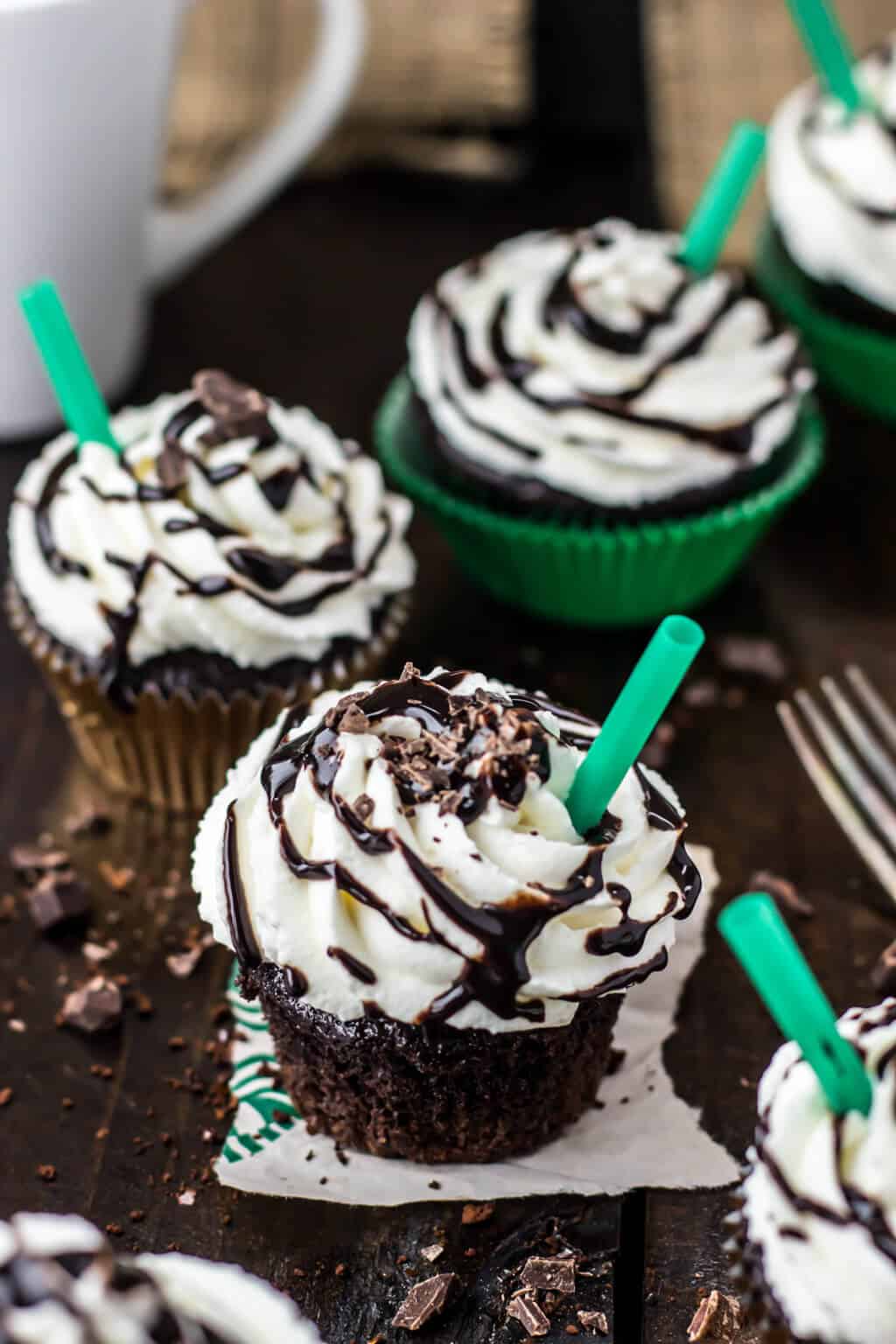 While I could’ve tried my hand at replicating the frappi-howeveryouspellit myself, I fancy myself as a baker rather than a barista, so cupcakes it was.

To make the oh-so-chocolaty cupcake portion of this recipe, I slightly modified my recipe for my favorite, one-bowl chocolate cupcakes.

While the original chocolate cupcake recipe is pretty much perfect as-is, I made a few tweaks to make them copycat-frappuccino-worthy.  Each cupcake is flecked with tiny bits of finely chopped real dark chocolate, and the flavor is further intensified with a few heaping spoonfuls of instant coffee for a subtle hint of espresso flavor in each melt-in-your-mouth bite.  These additions make for  decadent, richly flavored cupcakes that are packed with flavor, but aren’t at all dense. 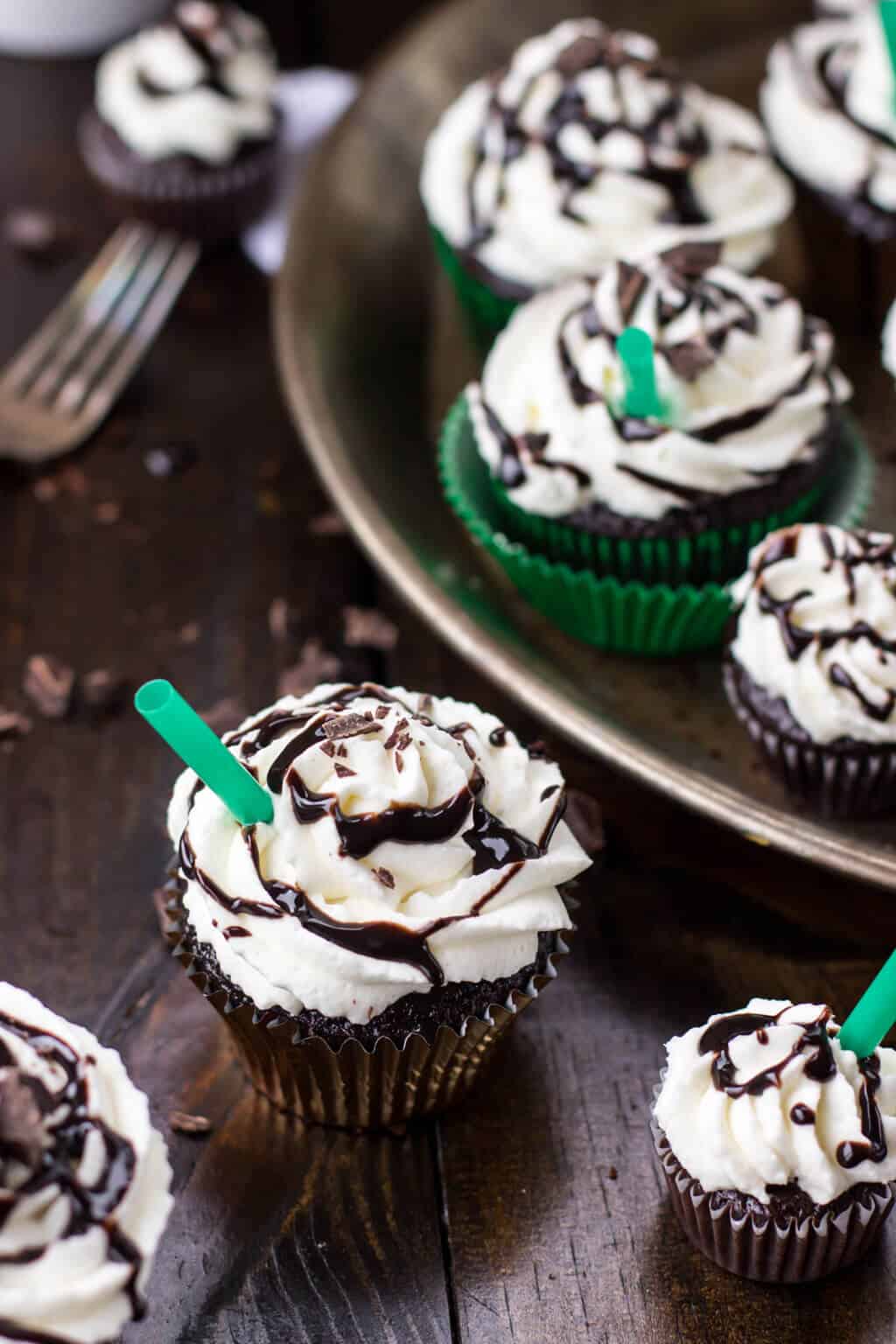 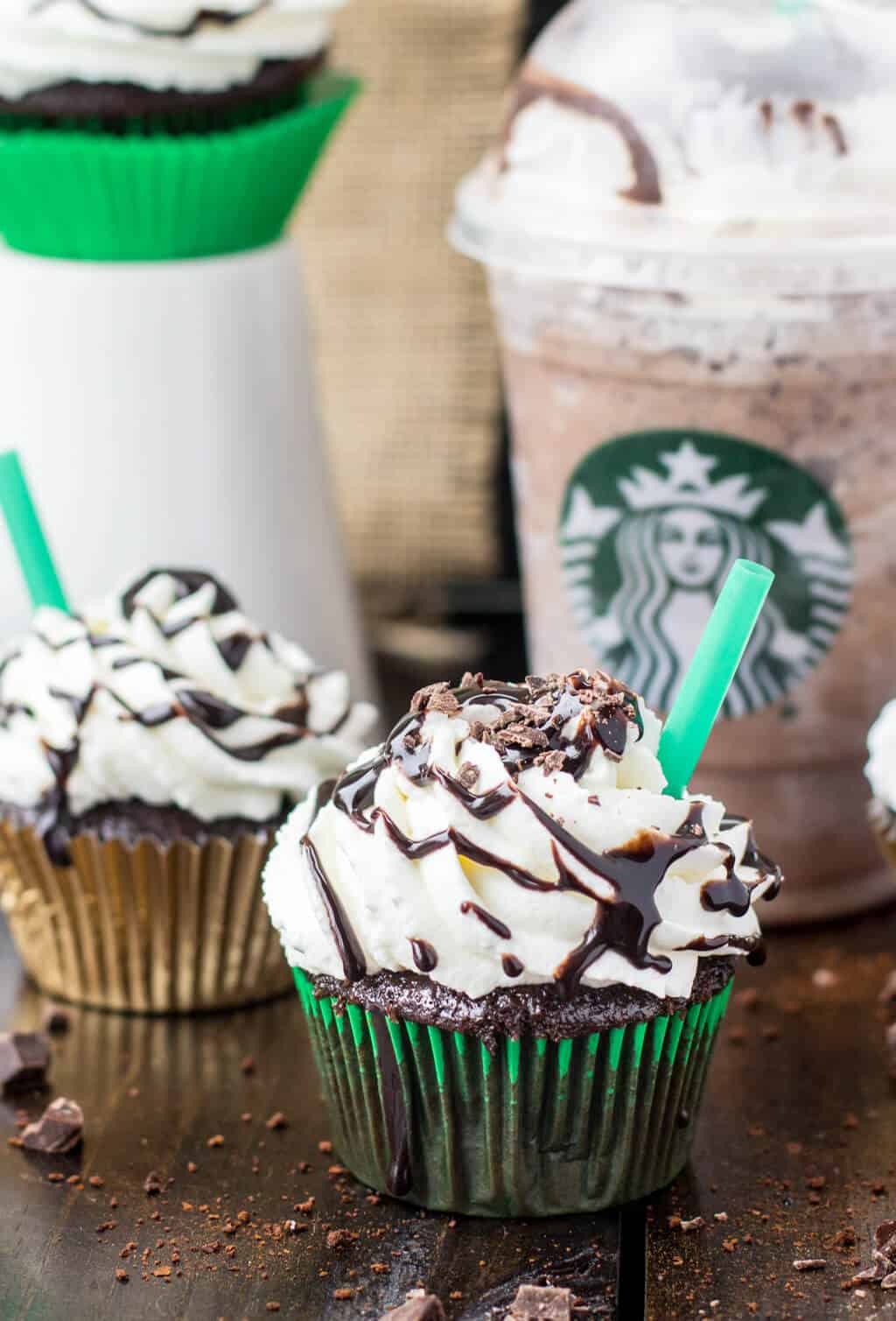 Even though these cupcakes were extremely well-received by everyone who tried them, it was the frosting that really had everyone buzzing.

This light, mock-whipped cream frosting is made out of homemade, hand-whipped cream (don’t worry, it’s easy to do!) which is then folded in a mixture of cream cheese, sugar, and vanilla.  The cream cheese does an excellent job of keeping the frosting from becoming too sweet (or too bland), while still making it light as a feather and airy.  Unlike regular whipped cream, it also stays nice and stabilized for at least two days after it’s been piped (I can’t vouch for any longer than that, as it was a struggle to get a cupcake to last to the two-days post-baking point without being eaten). 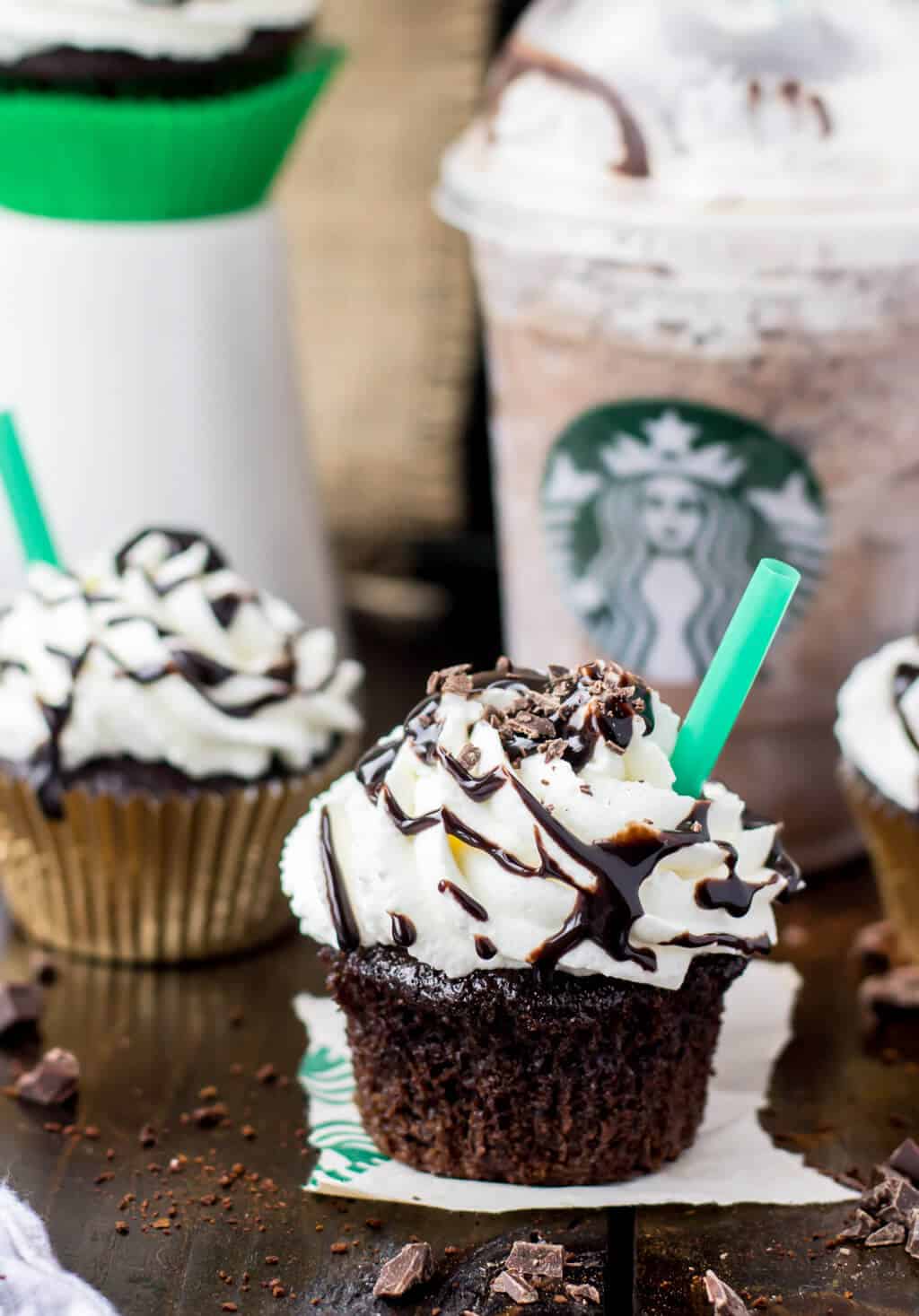 Make sure to chop them splinter-fine for flecks of melty chocolate in every bite. 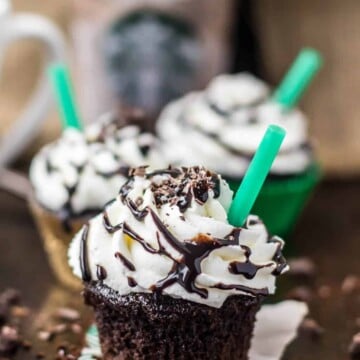 * Chop the chocolate into teeny tiny pieces--smaller than mini chocolate chips. I used a large knife and "minced" the chocolate as if I were mincing garlic. If you do not make the chocolate small enough, it will sink to the bottom of the cupcakes, you want it to be dispersed throughout the cupcake (though, trust me, a few pieces on the bottom isn't anything to cry over). The heat from the added coffee will also help shrink the pieces a bit.
**This recipe makes enough batter for just over 24 cupcakes. You could either discard the excess batter (blasphemy!) or wait for your pans to cool and bake the extras. In my case, I used the leftover batter to make a few mini cupcakes.

Other Recipes to Try 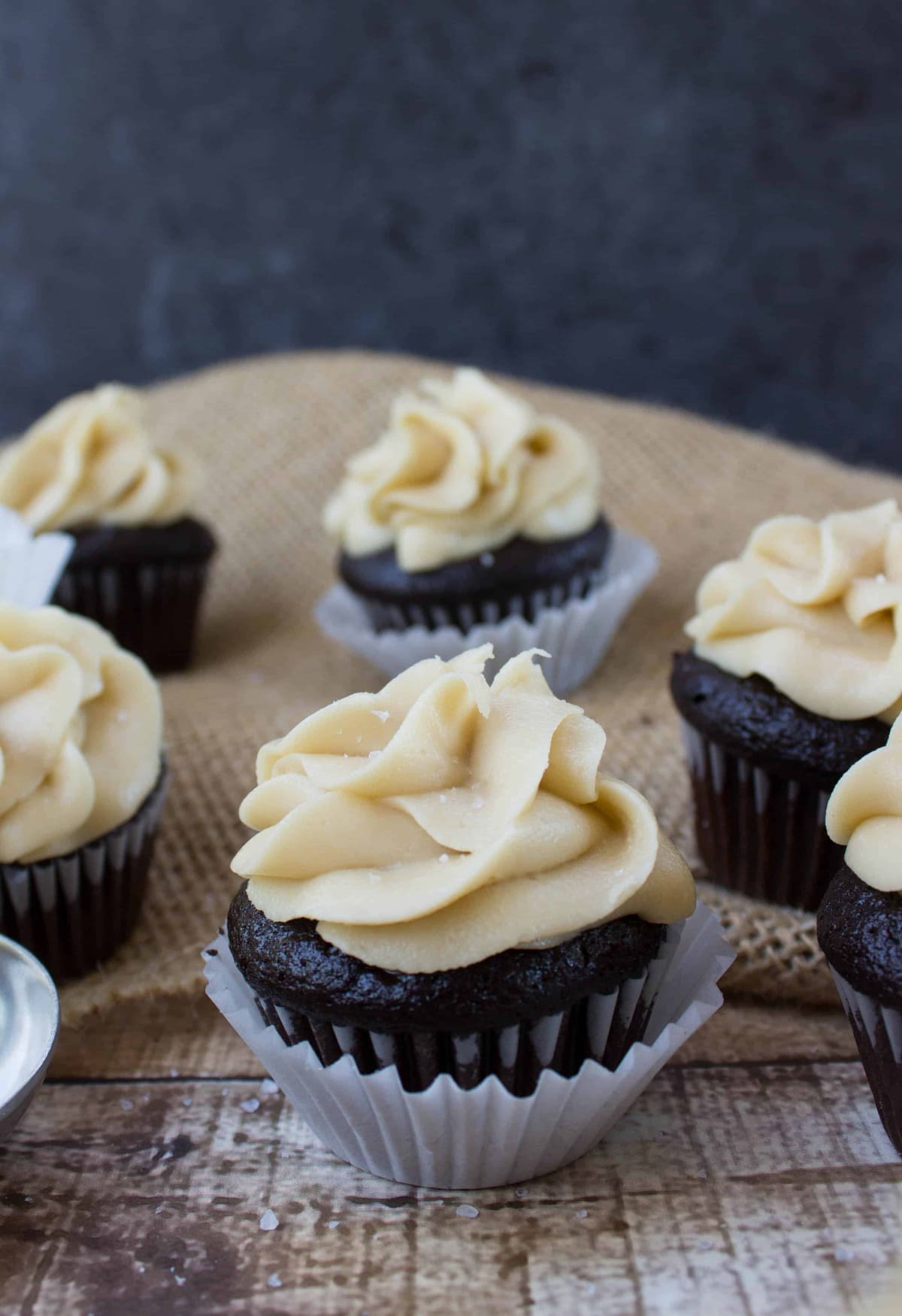 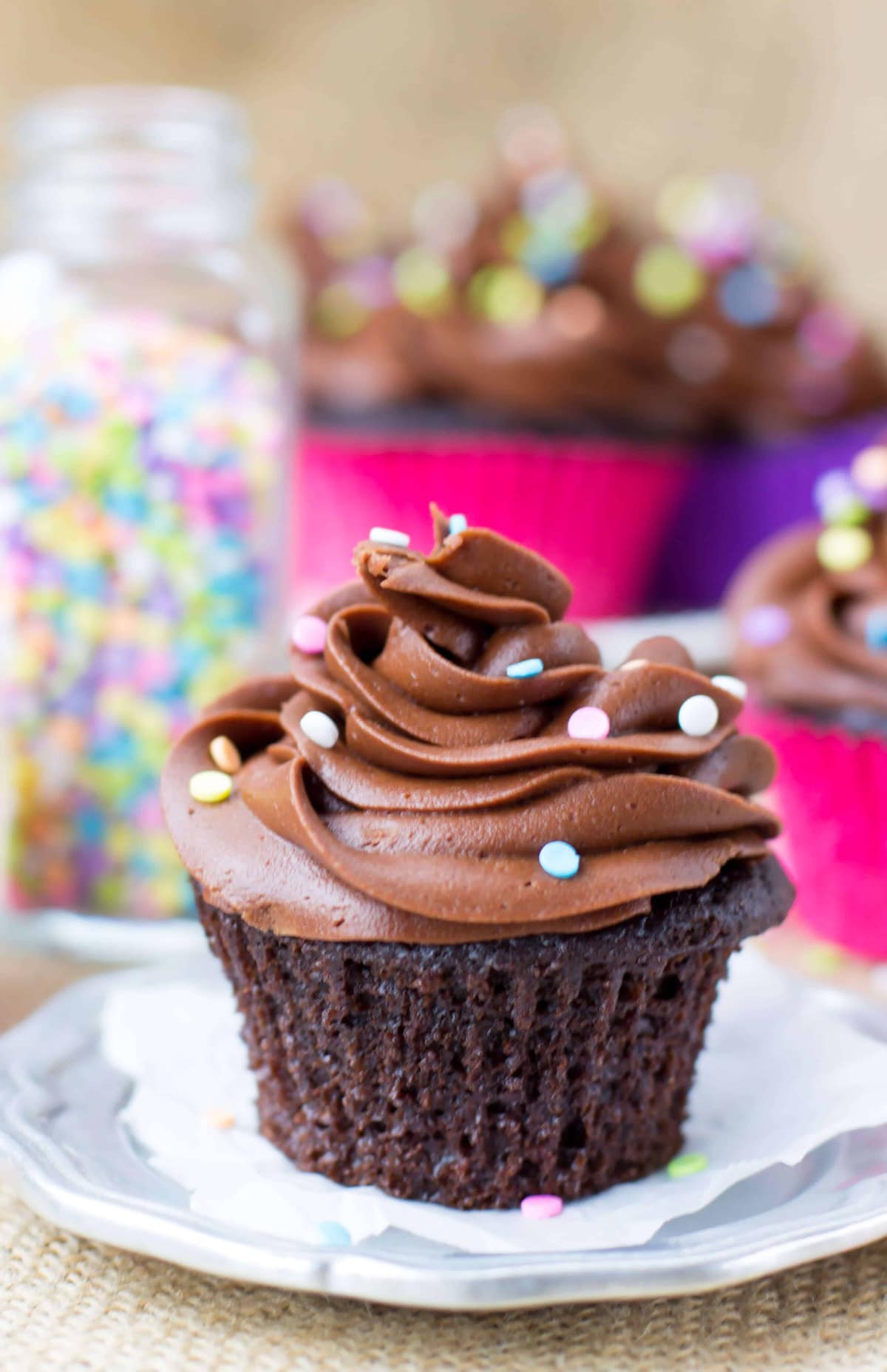