×
You are here: Home / Personal / The Craziest 2 & 1/2 Weeks of My Life
This post may contain affiliate links. As an Amazon Associate I earn from qualifying purchases. Please read my disclosure policy. 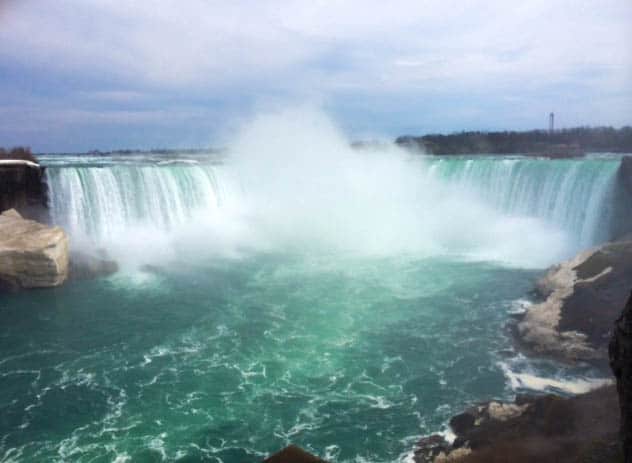 OK, I know it’s been a while since my last post, but I have a good reason, I promise.

I have several reasons, actually.  Several frustrating, scary, exciting, fantastic, and all around time-consuming reasons.  Be forewarned, though… this post is a long one and there is no recipe at the bottom (though I did just finish up my third attempt at fudgy dark chocolate brownie bites… not bad, but not quite perfect yet).

Since my last post the following things have happened:

That was a lot, right?  The good things have definitely outweighed the bad, but it’s been sort of an emotional roller coaster.

Right now there’s just one point I really want to focus on for this post.  I know this is a food blog, but it is also my blog and it seemed like the perfect place to capture these memories and so I would really like to tell you about the amazingly perfect way that my boyfriend proposed, and then I promise my next post will be a recipe (and oh is it a good one).

So sit back, grab yourself a salted praline bar, and let me brag to you about my fiancé for a few minutes.

For a little bit of background info, Zach’s seizure was caused by a neurological condition (adult onset hypothalamic hamartoma for those of you that are neurologically-savvy) that we discovered he had at the end of last summer.  He’s been seeing a neurologist, but none of us knew that he might possibly have a seizure due to his condition so it was very, very frightening when it happened, and though his car was totaled and his license revoked for 6 months, things could have been So. Much. Worse.  So much.

We were supposed to go to Canada the following morning, but while we were in the ER the doctors checking him out wanted to keep him overnight.  I told him that it would be fine, that we could go another time, but he was absolutely adamant that we were still going.  The ER doctors called his neurologist who prescribed him an anticonvulsant and gave him the OK to go, so long as he started taking it immediately.  He obliged, and we left for Canada the following morning, though under doctor’s orders to not drive until he spoke with his neurologist.

Driving is so nerve-wracking for me, but I think I pulled it off pretty well driving the 6.5 hours to Canada (though Zach may disagree).  On the way there, Zach said that he wanted to stop on the American side of the falls.

“Okay we can just stop on the way back.”

How very patriotic of him.  I didn’t think much of it, and though I’d been to Niagara Falls Canada one snowy winter about 12 years ago, I’d never been to the American side.

We had a smooth, pleasant drive up, and when we finally parked to check out the American side of the falls I was more excited than I’d thought I would be.  It was so pretty; the weather was fantastic, the park was clean with green lawns and there were squirrels (one of my favorite animals ever, they just seem so ridiculously chipper and bouncy and adorable) everywhere.  There also really weren’t too many people, which is perfect because I hate crowds.  I could see and hear the water and it was simply magnificent, I was eager to get over to it and look over the Falls. 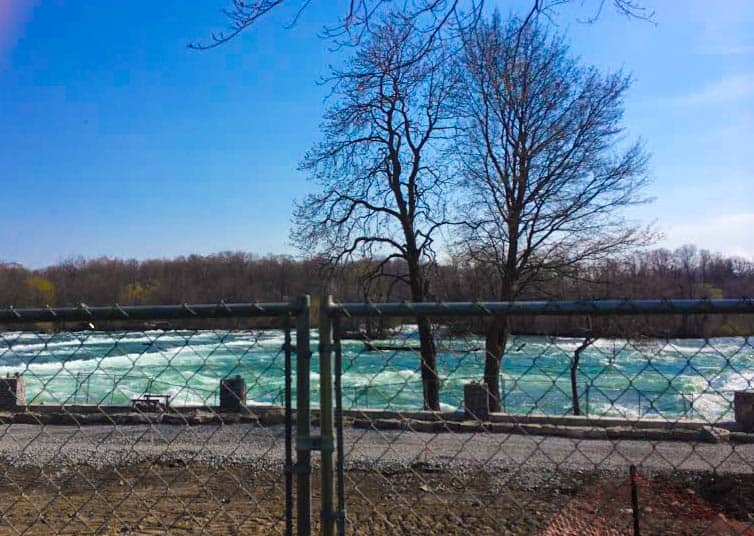 Zach was… not so enthused.  Or at least he didn’t seem to be.  He was walking with his hands in his pocket, his face solemn, distracted.

I was worried that whatever was going on with him was related to his seizure the day before, and I asked him if it was, but he told me “No”.  I was skeptical, but figured he would tell me later.

I started to move towards the falls where a group of tourists were gathered, but he steered me away, saying he wanted to look at the falls further away from people.  That sounded great to me, I hate crowds, and just a little ways up from the falls were some beautiful rapids and a strip where construction was in progress (though no one was there at the time working).  We could see the falls (so impressive), the water was beautiful, the weather was fantastic, the rapids were picturesque and there was no one nearby.

And that’s when he pulled me in.  And hugged me.  And kissed me.  And bit me on the nose (evidently he was nervous, HAH).  And he started to tell me some really, really sweet things that I will NEVER forgive myself for not being able to hold in my memory but at this point I started to realize that something prettttty serious was up, and my mind was racing. 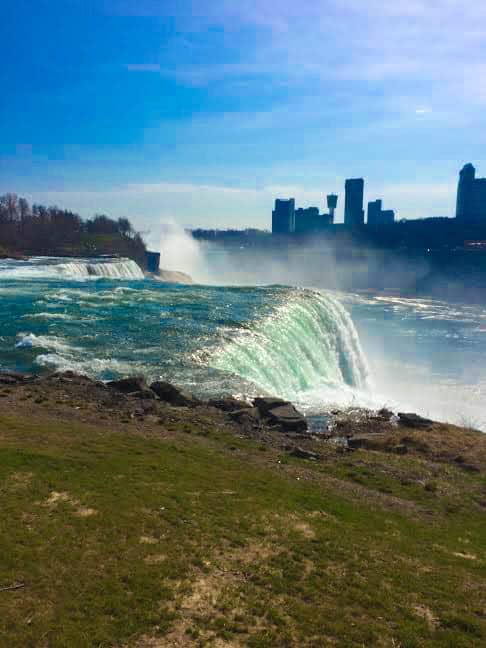 And that is when he told me he wanted to spend the rest of his life with me, and got down on one knee, and even though I don’t remember everything he’d said I will NEVER forget the way he looked, looking up at me beside the falls holding the prettiest engagement ring in his hand, asking me to marry him.

Let me tell you what an impact this had on me… weak knees… not just a thing in the romance novels.  When we first worked together back at Arby’s (where we met) when we were 16 and 17, I used to work the Drive Through a lot, standing there, all my weight shifted to one leg as I took orders with the headset.  He used to sneak up behind me and push his foot into the back of the knee of the leg that I was supporting myself with, making me collapse.

Evidently I forgot to speak, too, because I didn’t actually answer him when he asked me if I would marry him and left him there on his knees for a minute (I was COMPLETELY shocked, OK.  We’d talked about marriage in the past and I always knew we’d be together, but I wasn’t expecting his proposal at all, I thought it wasn’t on his mind THAT much) so he had to ask me again “So, uh, are you going to answer me?” 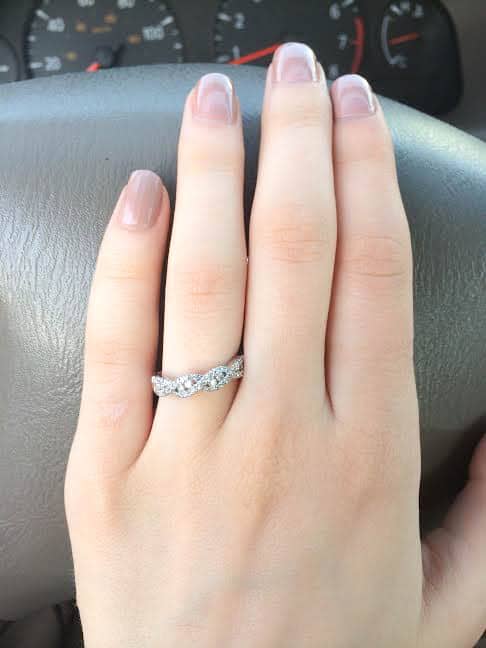 Even more perfect–RIGHT after I said YES an adorable squirrel came bouncing over, came within about 5 feet of me and stood up on his hind legs, looking intently at me.  OK, sure, people probably feed them all the time and he was probably looking for food, but it was perfect timing, as though he’d come over to be the first to congratulate us.  🙂 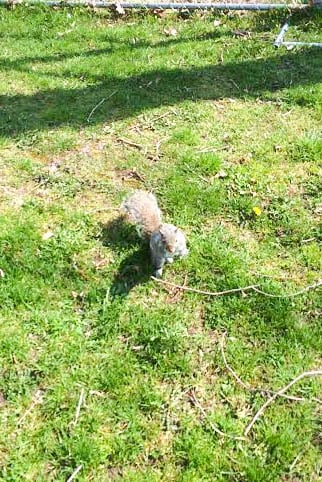 Turns out my boyfriend is a lot more thoughtful than he’s ever let on.  Evidently, when he wrecked his car Wednesday night he had been on his way over to my house to tell my parents that he wanted to ask me to marry him.  (Not that he needed their approval since my dad has been asking him when he was going to marry me since we were 19).  He specifically wanted to ask me on the American side so that I could call my mother right after and tell her what had happened, and I was glad I got to be the first to tell her.  I probably didn’t stop shaking until the next day, I was so happy, and so shocked. 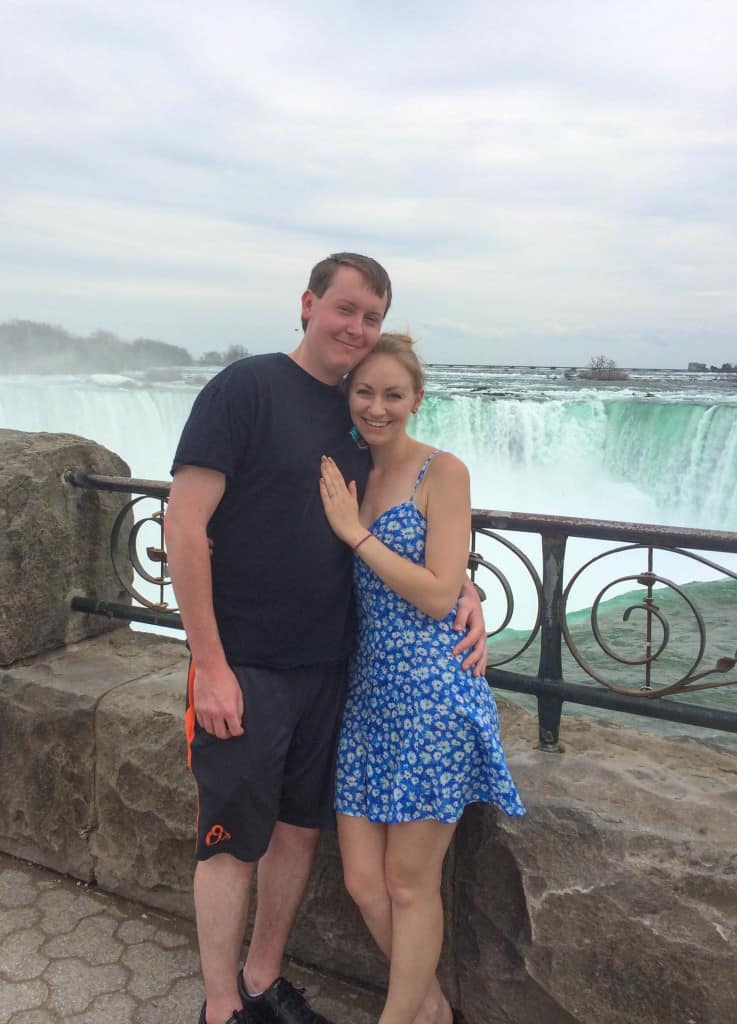 I asked Zachary when he wanted to get married and he told me it was up to me, so I told him we could do it next May, a year from now.

He didn’t want to wait that long, and I didn’t either, AND I’d rather have the wedding in the fall anyway (but DEFINITELY NOT during the winter), which meant we could try to do it this Fall.

So that’s what we shot for, and after some crazy hectic days of planning and calling people (my 18-year-old sister Jaclyn really made all of the calls and did a ton of the booking… there’s no way this would be possible without her) our wedding is scheduled for Saturday, October 11th.  The venue is booked, the priest is booked, the photographer is booked and the DJ is in the works.  OH, and I have my dress and the bridesmaids have theirs ordered!

OK, that is going to have to be it for now.  I could go on and on about our house (I’m so in love with it, it just had an inspection done yesterday so we have to work out a few details about that) but I am so happy with it.  I also don’t want to live with Zach until we are married, so that’s another reason we wanted to have the wedding sooner rather than later.

It’s all coming together so perfectly and I have never been happier. 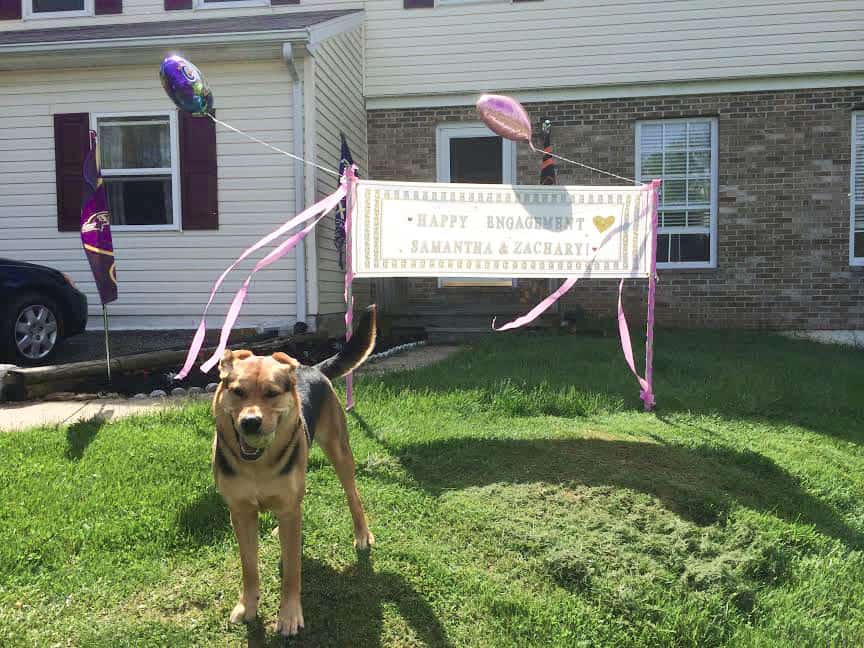 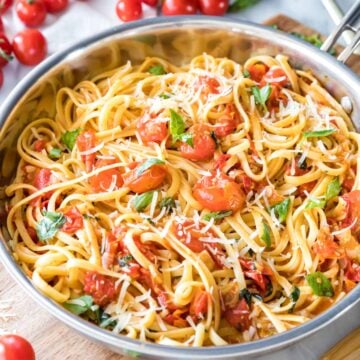 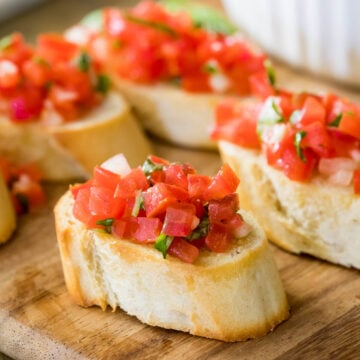 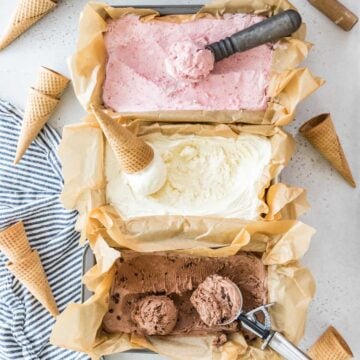 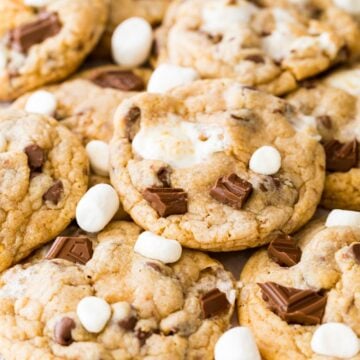 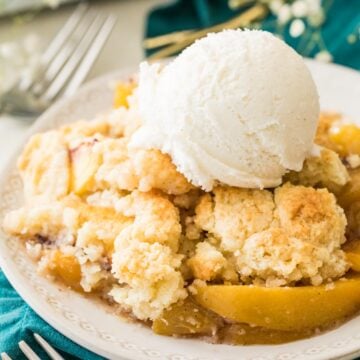